A girl aged just 10 years, exhibiting neutro-occlusion and neutro-relation, had severe crowding in the canine-premolar regions of all quadrants. She had a round face and a mild degree of double protrusion, which meant that her mouth was situated somewhat ventrally relative to the rest of her face. All first premolars and permanent canines except that on the upper right had emerged. In the mandible, the space for the second premolars had almost completely vanished due to the premature loss of their predecessors. It was thought from the evidence of radiographs that the crowns of these premolars were hypoplastic (Fig 5.14). In the maxilla, the permanent left canine had emerged outside the dental arch and that on the right was likely to do the same. In the mandibular arch an arch length discrepancy (ALD) of —12 mm had been measured, with one of -7 mm in the maxillary arch. The midline of the mandibular arch was displaced 2 mm to the right of that of the maxilla: the overjet was 4 mm (Figs 5.1 and 5.2). 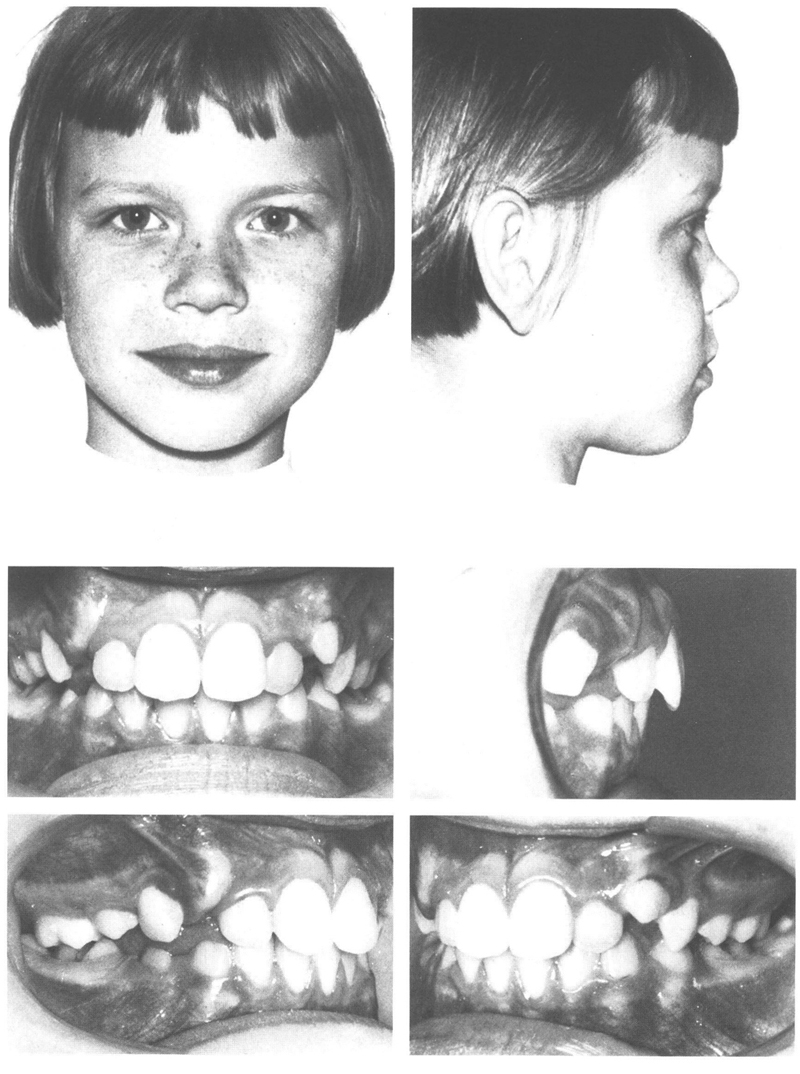 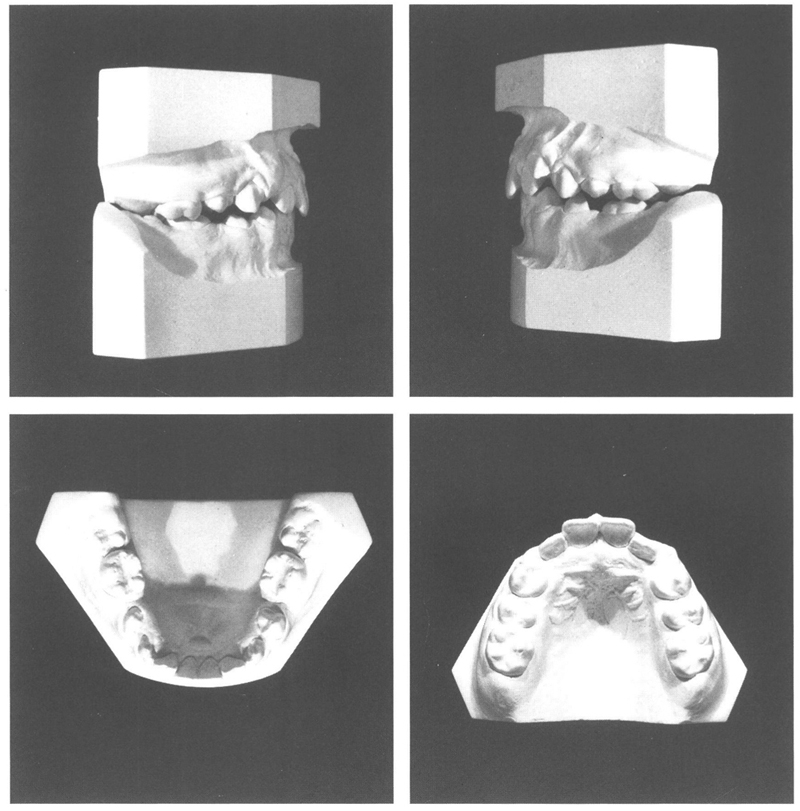 Fig 5-1 and 5-2 A girl aged 10 y, 0 mo, with class I anomaly and marked crowding. In the mandible, the crowding is in the regions of the second premolars; in the maxilla in the canine regions. Premature loss of the deciduous molars in the mandible had led to mesial migration and tipping of the first permanent molars and early emergence of the second ones. There is insufficient room for the maxillary second molars; the posterior section of the apical area is still too small for them.31

In view of the crowding in the canine-premolar regions combined with the mild double protrusion, it seemed obvious to remove a premolar from each quadrant. In the maxilla, the choice of extraction was influenced by the marked mesial angulation of the permanent canines. It could be expected that after extraction of the first premolars, the canines would spontaneously upright to distal. 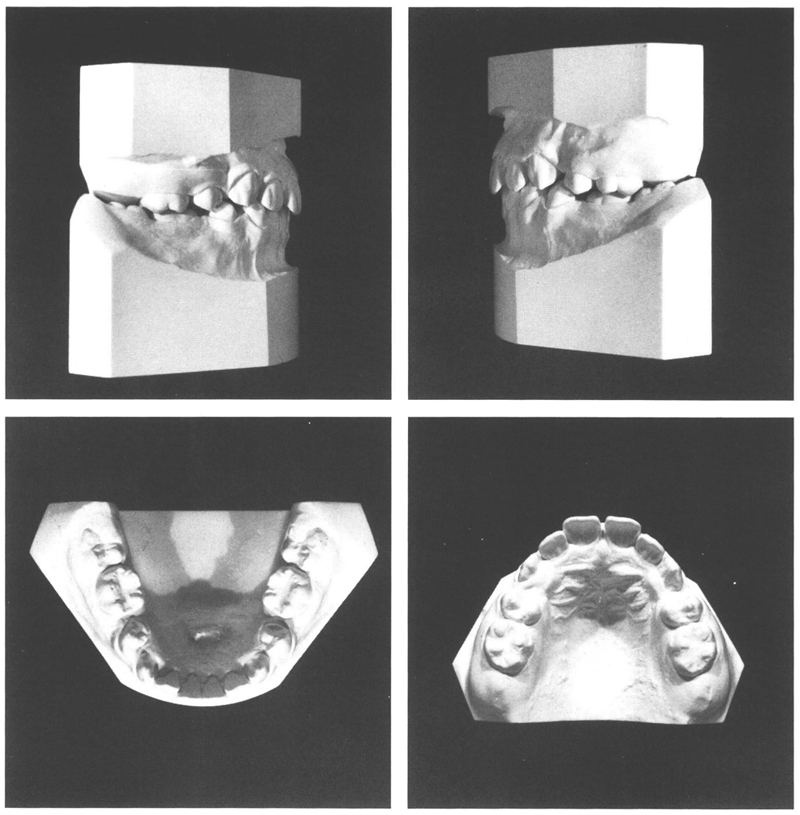 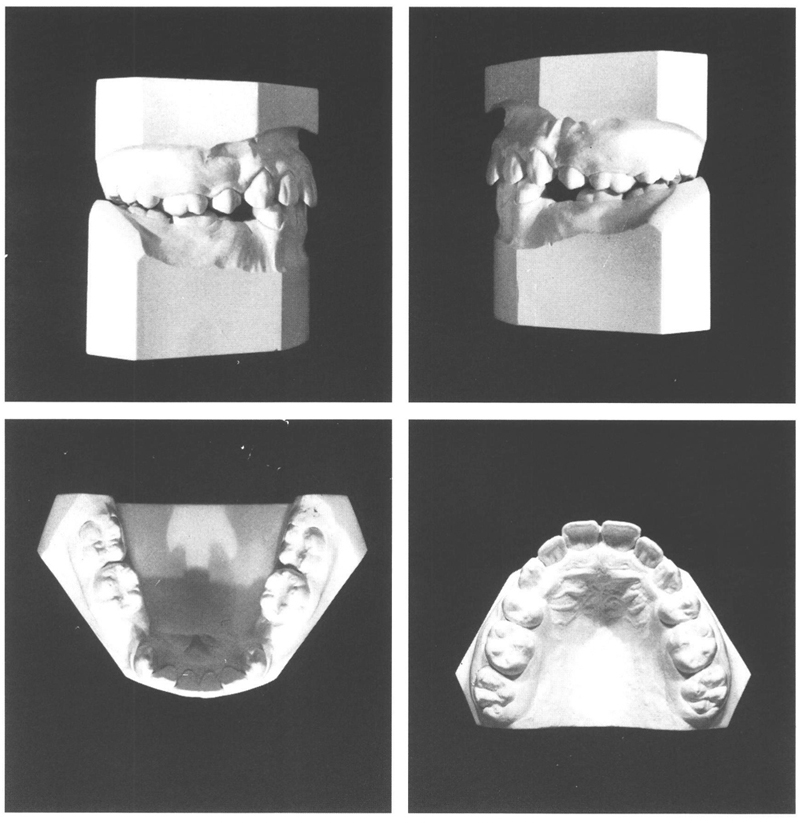 Fig 5-4 At 11 y, 1 mo, the maxillary second permanent molars have emerged and the canines are in good alignment. In the mandible, the removal of the first premolars has provided sufficient room for the second premolars to emerge. 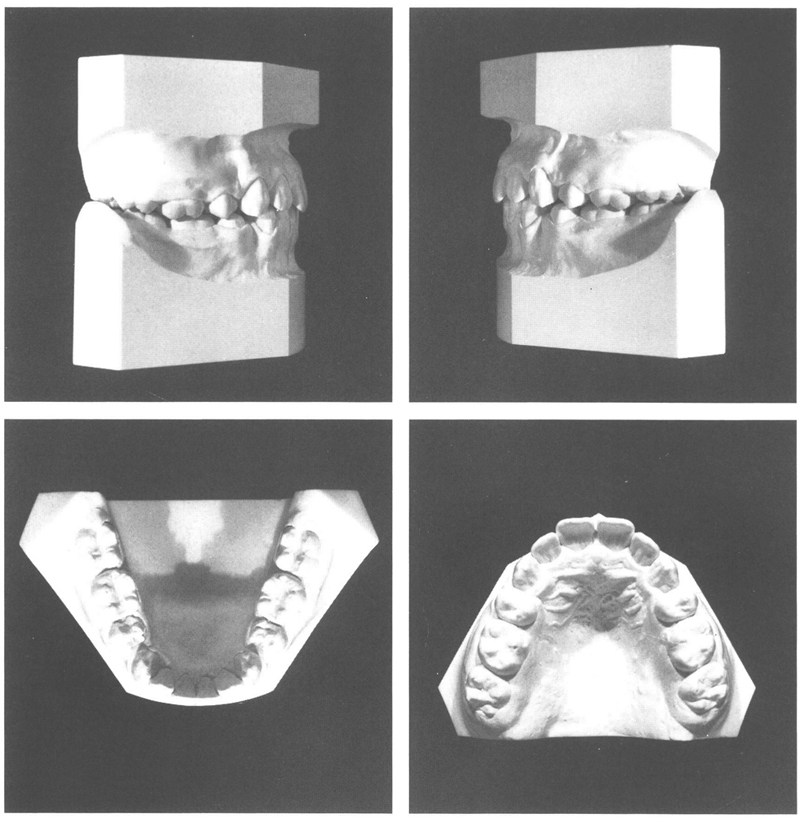