This patient was a girl 12 years, 9 months old, with a mild class II/1 anomaly. Her chin was a little receded in relationship to the rest of her face. She kept her mouth open most of the time, with her lower lip touching the incisal edges of the maxillary incisors. At rest her tongue lay on the mandibular anterior teeth and between the lingual cusps of the premolars and molars on the right side. The patient had a clear nasal airway and sucked her thumb till the age of 10. Both arches showed a slight excess of space. The ALD for the mandible was +4 mm, and + 3 mm for the maxilla. The mandibular arch was well-formed but the maxillary incisors were in eversion. There was a slight disto-occlusion (Figs 8.1 and 8.2). 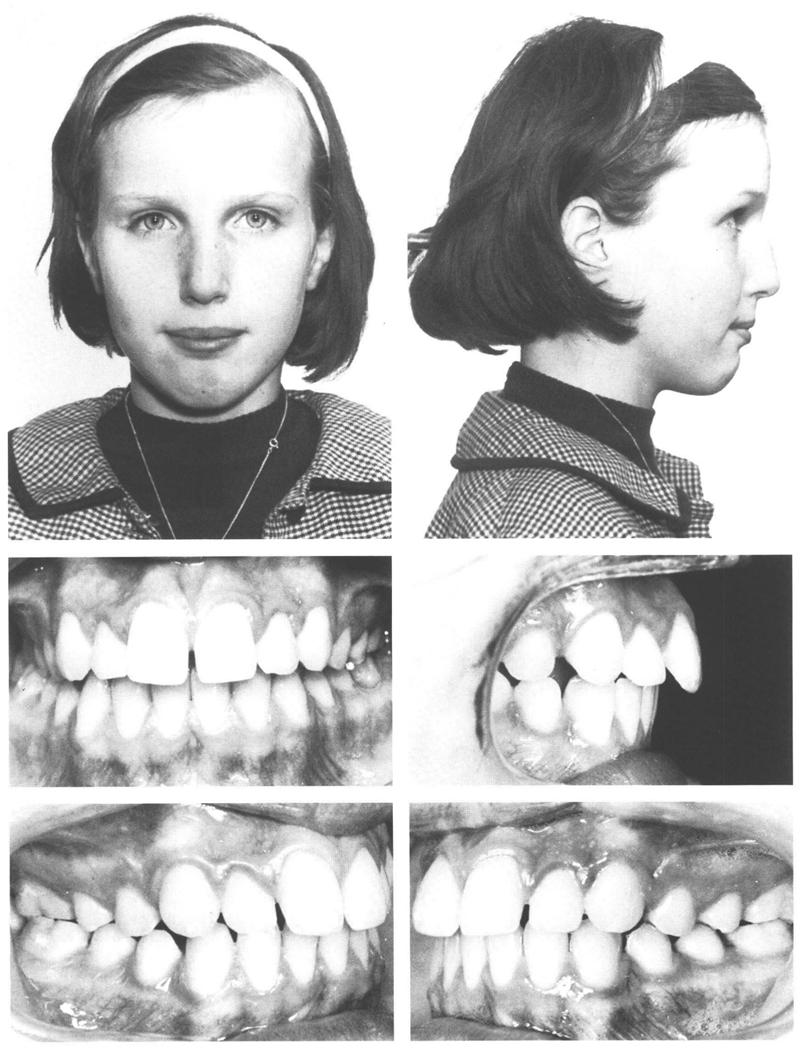 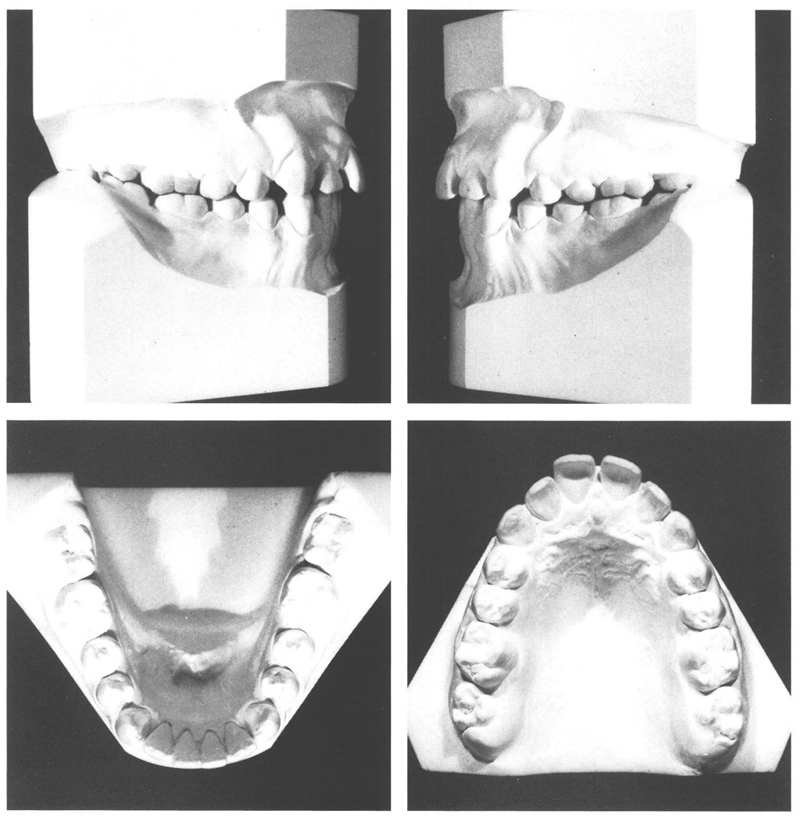 Figs 8-1 and 8-2 A girl aged 12 y, 9 mo with a mild class II/1 anomaly. In the photographs the lips are held closed in a strained way. She habitually held her mouth open with her lower lip resting on the incisal edge of her maxillary incisors. The mandible lies more dorsally than the rest of the face. The disto-occlusion is ¼ PW; the relatively large overjet is due to the eversion of the maxillary incisors. There is an anterior open bite. On the right side, a solid interdigitation is lacking and both the maxillary premolars are positioned somewhat palatally. That applies also to the right first permanent molar, which in addition is rotated mesiopalatally.

The patient had received orthodontic treatment previously with a maxillary removable appliance. The anomaly had subsequently returned to a great extent. This history made it difficult to determine if the tongue position had a neuromuscular origin or was adaptive.

It was decided to treat her with a cervical headgear in the first instance, and later possibly with a maxillary plate. After having worn the headgear 14 hours per day for eight months, the molar occlusion was over-corrected, but solid interdigitation had not developed. The first premolars in the maxilla were situated too far to the buccal and most of the teeth distal to them were not well positioned transversely in relationship to their antagonists. A month later, a maxillary plate was fitted, with divided labially arches to retract the maxillary incisors. Buccal springs and additions of gutta percha between the teeth and the periphery of the plate were used to correct the positions of the posterior teeth. One year and eight months later, most of the objectives had been reached, but there still was no solid interdigitation. Moreover, there was still a mild anterior open bite. It was decided to perform the final improvements with a positioner, which was worn at night and for an additional four hours during the day for one month, after which it was used for retention only when sleeping for another five months.