A boy who was 12 years and 6 months old exhibited a mild class II/1 anomaly with a disto-occlusion of a quarter of a premolar crown-width (1/4 PW disto), double protrusion (DP), an anterior open bite, and crowding in the mandibular arch. All permanent teeth with the exception of the third molars had emerged. He was not able to keep his lips closed without effort. His teeth were a dominant feature of his face (Figs 1.1 and 1.2). 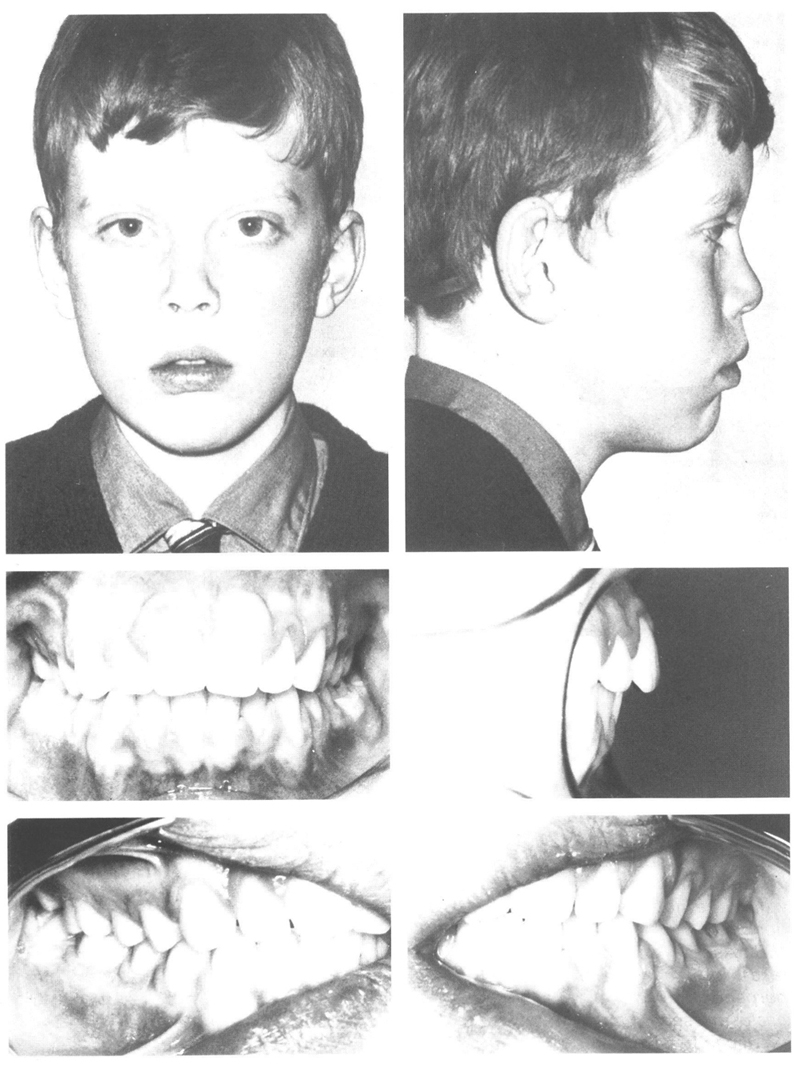 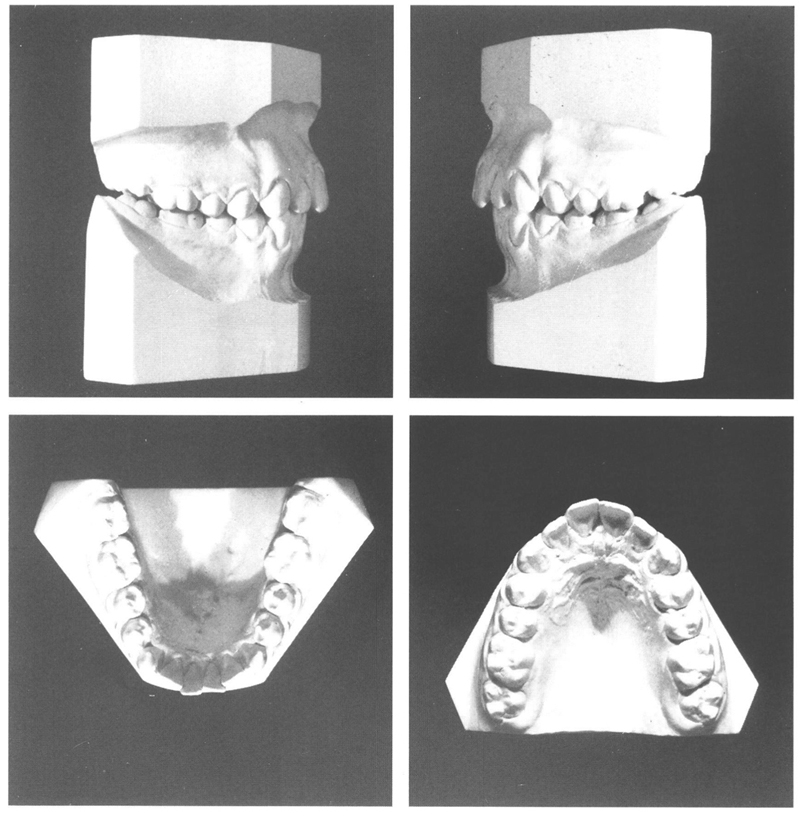 Figs 1-1 and 1-2 Boy aged 12 y, 6 mo, with a mild class II/1 anomaly (¼ PW disto-occlusion), double protrusion, anterior open bite, mild crowding of the mandibular arch, and small nose with no obstruction. The dentition dominates the face. The lips, which are not closed, are prominent in relation to the nose and chin. The anterior open bite is associated with interposition of the tongue.

N.B.: As stated in the introduction, the photographs of the posterior teeth have been taken obliquely from the front and those of the dental casts are obtained perpendicular to the median plane. Neither corresponds exactly with the view of the occlusion seen with a mirror in the mouth or models in the hand, when the cheek teeth can be seen at 90 degrees to their buccal surfaces.

It was suggested that four first premolars be extracted, the disto-occlusion be corrected with a cervical headgear, and the extraction spaces be closed as much as possible to the distal with full fixed appliances. After extensive discussion with the boy and his parents, it was decided rather to refrain from orthodontic treatment because the anomaly was not considered to be disfiguring and the disadvantages of treatment would outweigh the benefits. Moreover, the parents were familiar with the phenomenon of “over-servicing” in the sphere of medicine.

It is clear from the records taken 28 years later, that he had developed a strong face. The originally small turned-up nose is now straight and large. The chin has grown ventrally. There is now normal relaxed lip closure. Because of the development of the surrounding structures the dentition is no longer a dominant feature and fits harmoniously into the face as a whole. There is still a mild disto-occlusion with an anterior open bite, indeed without associated functional or esthetic drawbacks (Figs 1.3, 1.4, and 1.5). 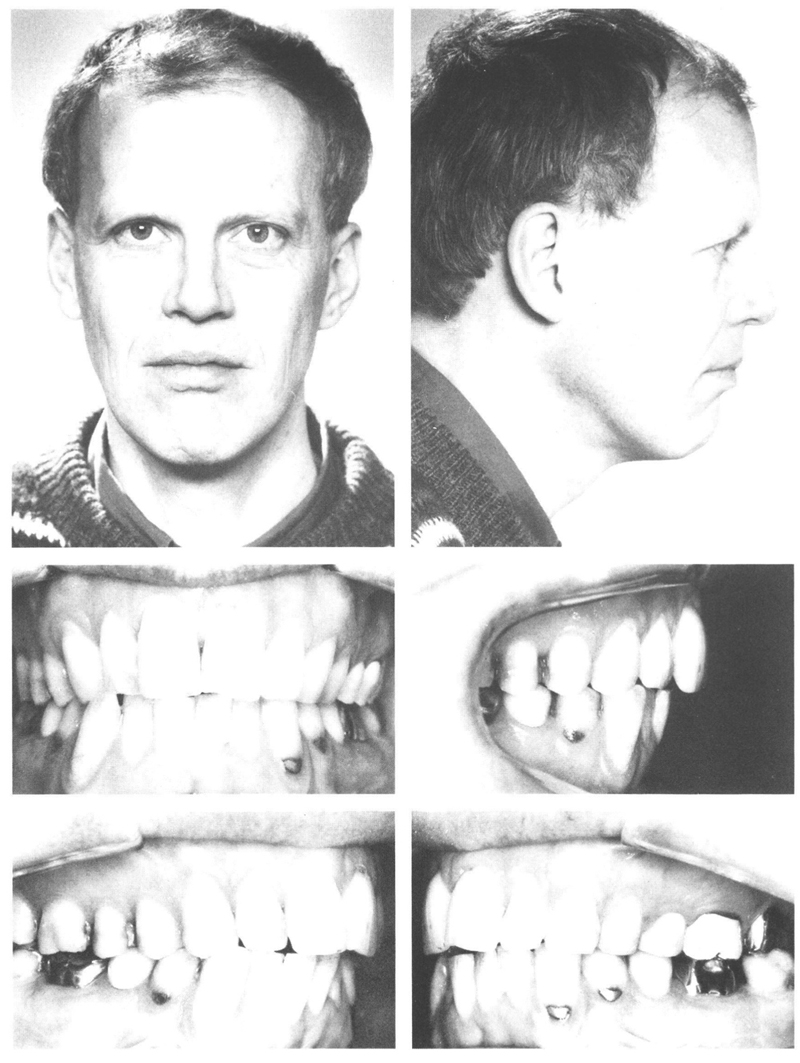 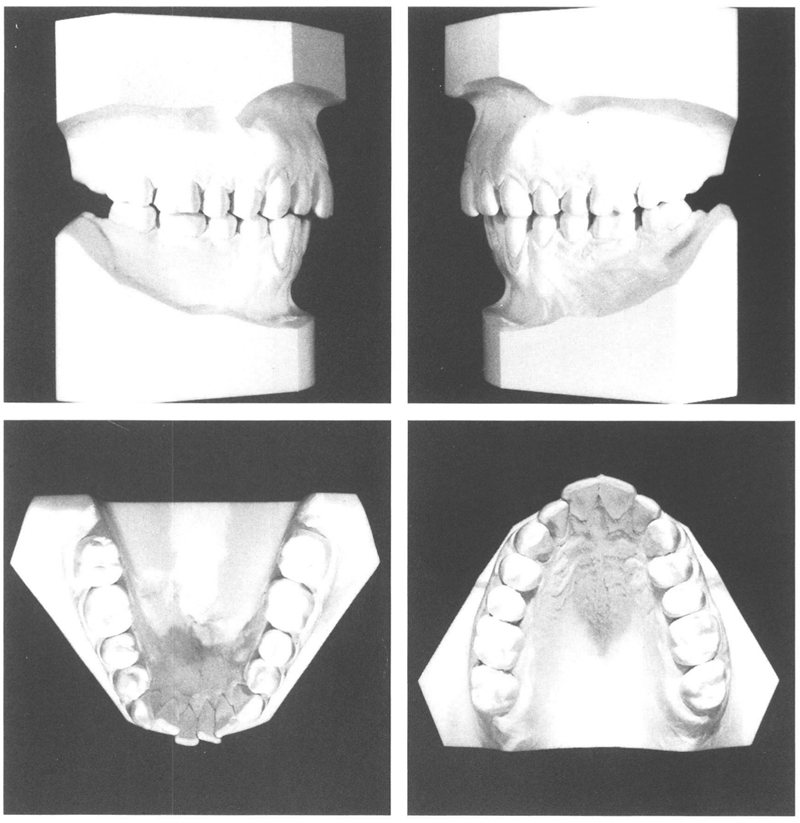