After this point, the unborn child is referred to as a foetus.

The correct biological term for this time period before birth is prenatal.

Histology is the specialised biological area of study concerned with the microscopic structure and function of tissues.

This chapter will cover the embryological development of all oral structures, as well as the basic histology of the embryonic tissues.

The histology of the following dentally relevant structures warrant more detailed notes, and are discussed elsewhere:

To understand the embryological development of the oral tissues, the dental care professional (DCP) needs to have a basic knowledge of the process of embryo formation, and the significance of the origins of various body tissues and organs to help understand how congenital defects, pathology and disease processes occur.

The 8-week time span of the embryo is summarised in the following text.

Following fertilisation of the female egg by male sperm, the resultant single cell, or zygote, travels to the womb (uterus) while undergoing repeated cell divisions that double the number of cells present; from one to two, then to four, then eight, and so on.

At about 6 days after fertilisation, the cluster of cells so produced then forms into two distinct groups, with the outer layer of cells forming a wall around the inner group, and they develop as follows:

The inner cells then organise themselves into a flat disc, eventually containing three distinct layers of cells (and one sub-layer) from which all the tissues and organs will develop:

The space between this disc and the outer wall of cells develops as the amniotic sac.

The development of the embryo from weeks 3 to 8 is then rapid and astounding, and is summarised in the following text. 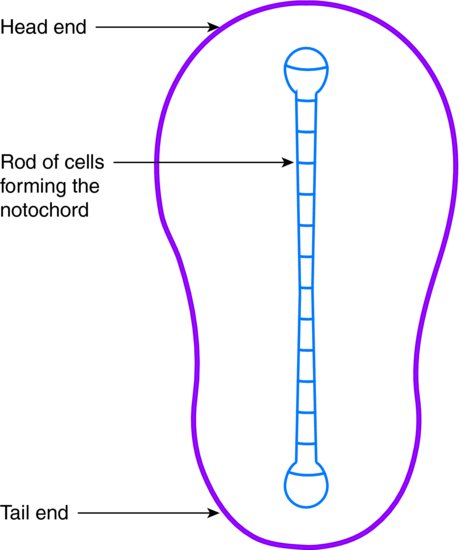 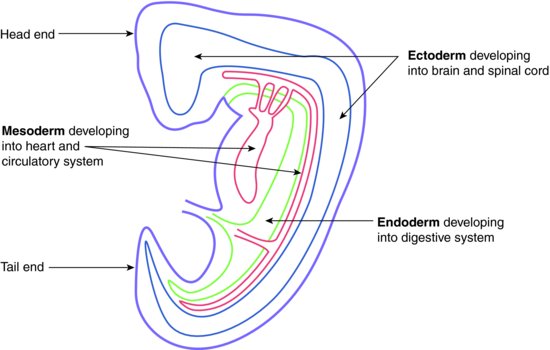 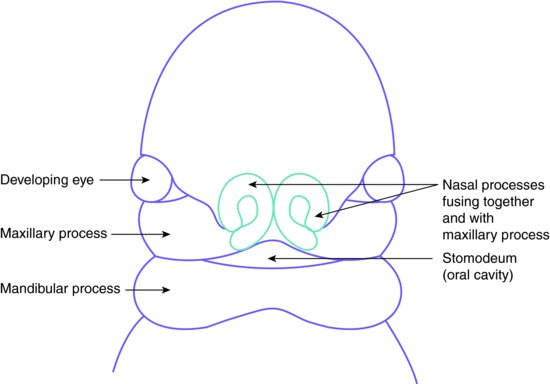 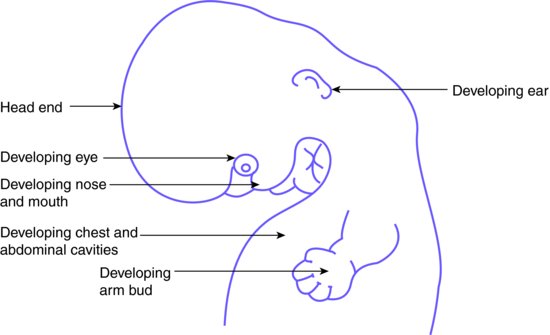 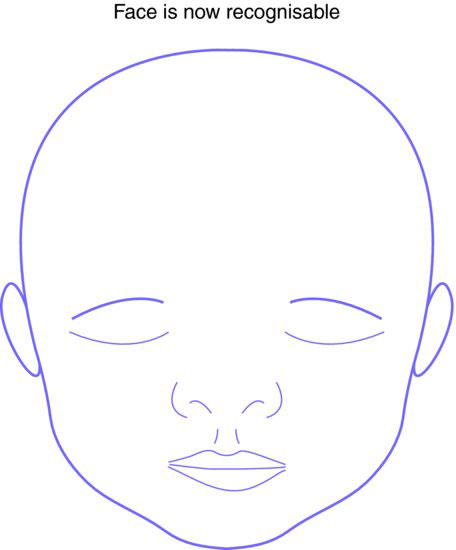 As summarised previously, the majority of oral embryological development occurs between weeks 3 and 8 after conception, and the oral and facial structures are fully formed by week 12.

As the roof of the mouth, the palate, forms the floor of the nasal cavity, the development of these two cavities is inextricably linked and will be discussed together. 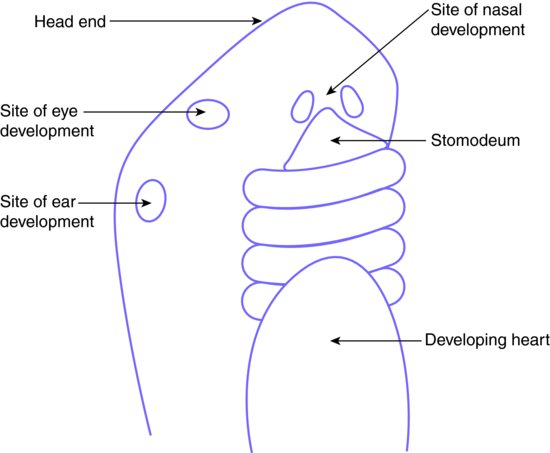 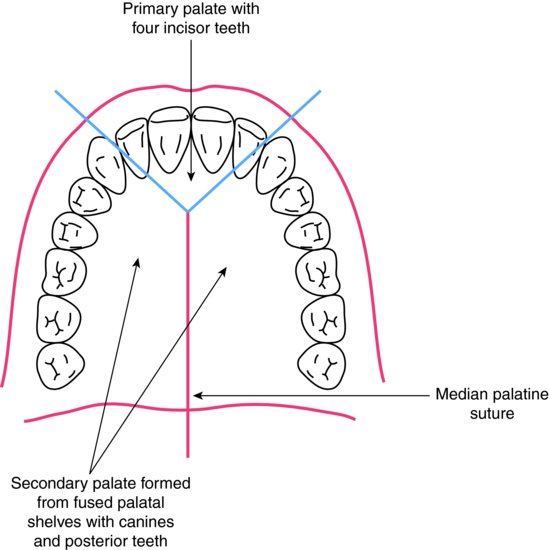 An understanding of the embryological development of the face and oral cavity helps to explain the cranial nerve supply of the head and neck region, which can otherwise seem a disconcerting area of study to some DCPs.

Embryological development of the tongue

By the fourth week of embryological development, the primitive pharynx has been formed by the first four branchial arches. It is present at this stage as the top end of the hollow tube that will go on to develop into the respiratory and digestive systems. The seal of the oropharyngeal membrane has disintegrated, and the stomodeum is deepening to form the oral cavity.