A girl aged 9 years 9 months was seen with a disto-occlusion of a half premolar width and an overjet of 8 mm. There was an arch length discrepancy (ALD) of +3 mm in the maxilla and -2 mm in the mandible. The shortage of space in the mandible was caused by mesial migration of the mandibular first permanent molar on the right after premature loss of the deciduous molars and movement of the incisors to the right (Figs 6.1 and 6.2). She sucked her thumb but was anxious to stop it. Although she had a clear nasal airway, she habitually held her mouth open with her lower lip between the maxillary and mandibular incisors. Most of the deciduous teeth had large cavities and some periapical abscesses were present. 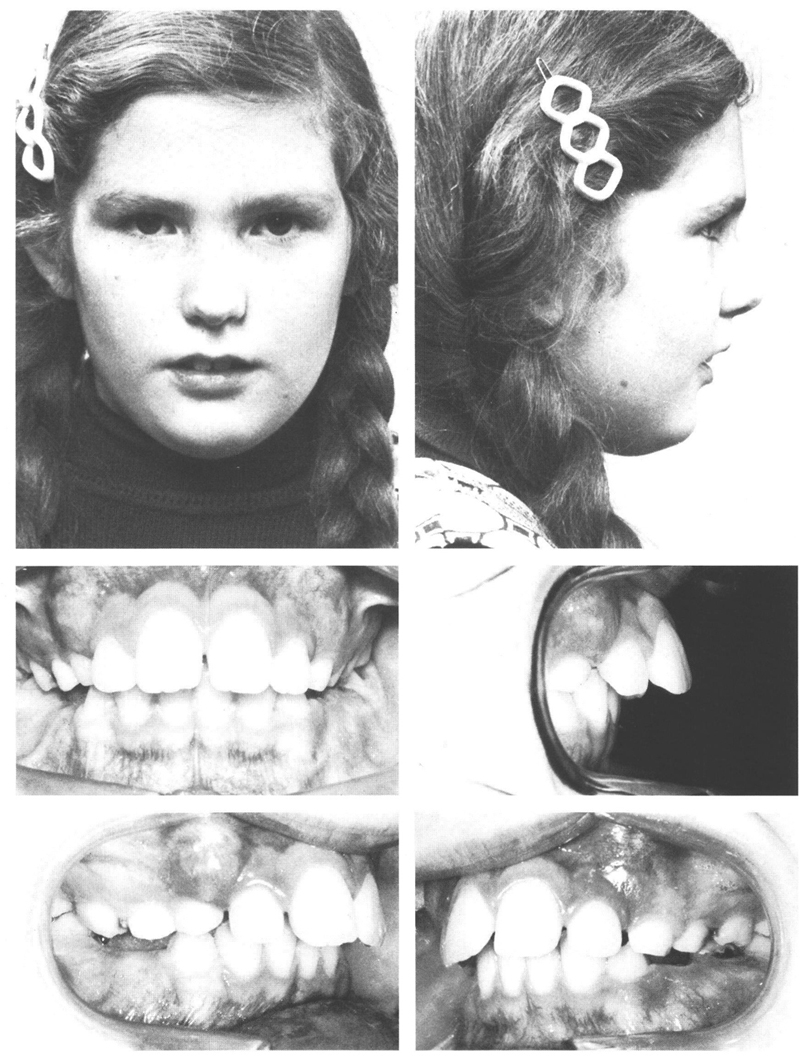 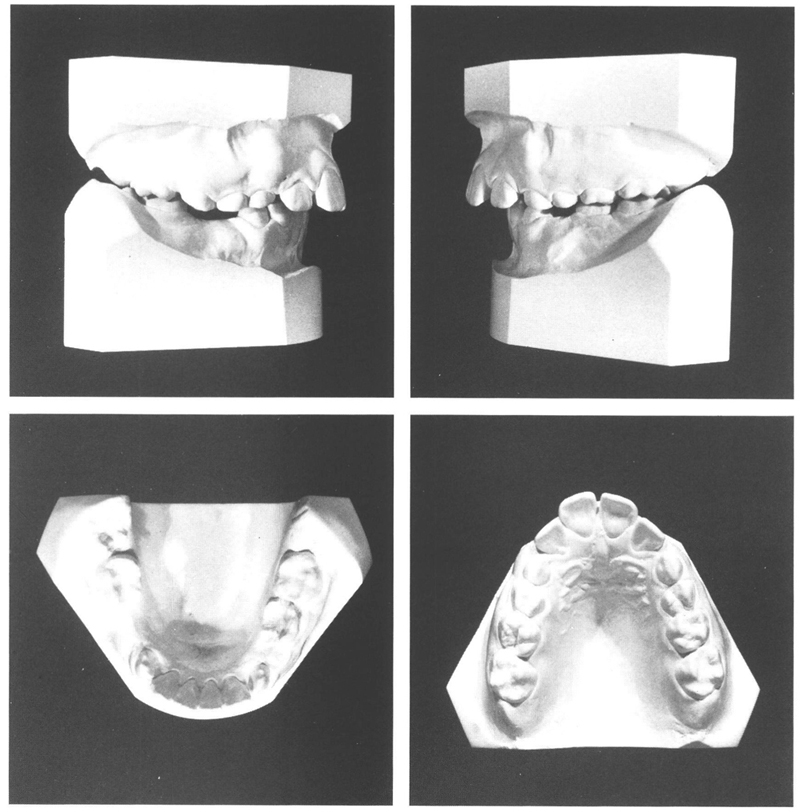 Figs 6-1 and 6-2 A girl of 9 y, 9 mo with a class II/1 anomaly (1/2 PW disto-occlusion), patent nasal airway, open lip relation, thumb-sucking habit, and a lower lip that lies behind the maxillary incisors at rest. Deciduous molars have been lost prematurely due to caries. The right mandibular first permanent molar has drifted mesially until it is blocked by the over-erupted maxillary second deciduous molar. In the mandible, there is an ALD of -2 mm; in the maxilla it is +3 mm. As a result of the premature tooth loss, the mandibular incisors have moved a little to the right. The midlines of both dental arches do not correspond.1

It was decided to treat the anomaly with an activator and subsequently to use full fixed appliances if required. First the deciduous teeth that could not be conserved were extracted (55, 63, 64, 65, and 75). Activator therapy was initiated at the age of 10 years, 1 month. As usual, the appliance was worn only while asleep, but in the beginning to become accustomed to it she wore it additionally for one hour before going to bed. The thumb-sucking ceased simultaneously. After six months, a good sagittal relationship had been achieved and active treatment was terminated. Because the premolars and canines were not yet fully erupted, a solid interdigitation was not established, with the result that four months later some degree of disto-occlusion had returned. Insufficient room was available for the right mandibular second premolar (Figs 6.3 and 6.4). The patient was advised to return to wearing the activator at night. After three months, there was once again a neutro-occlusion, although now with solid interdigitation of the canines and premolars. To secure the slight tooth movements that were thought to be necessary, a positioner was used. For this purpose, the positioner needs to be worn every night and during the day for four hours; during the latter time it has to be actively bitten into. After a month the desired effect had been attained and for the following five months the positioner had only to be worn for retention. 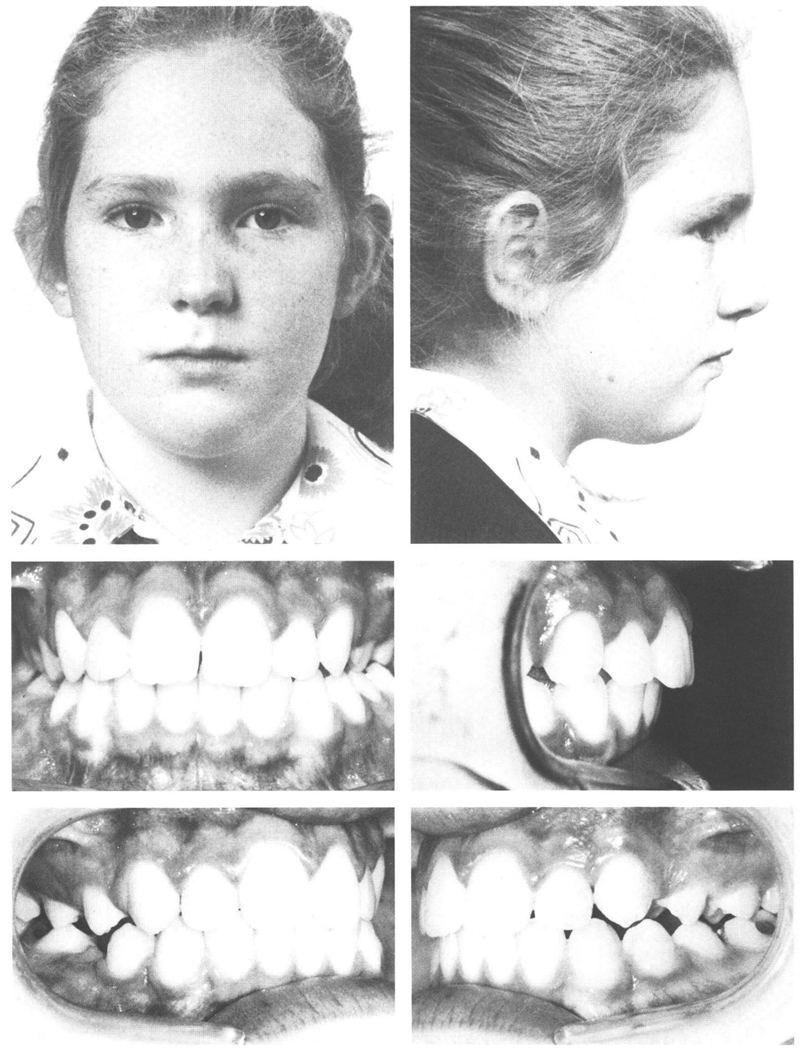 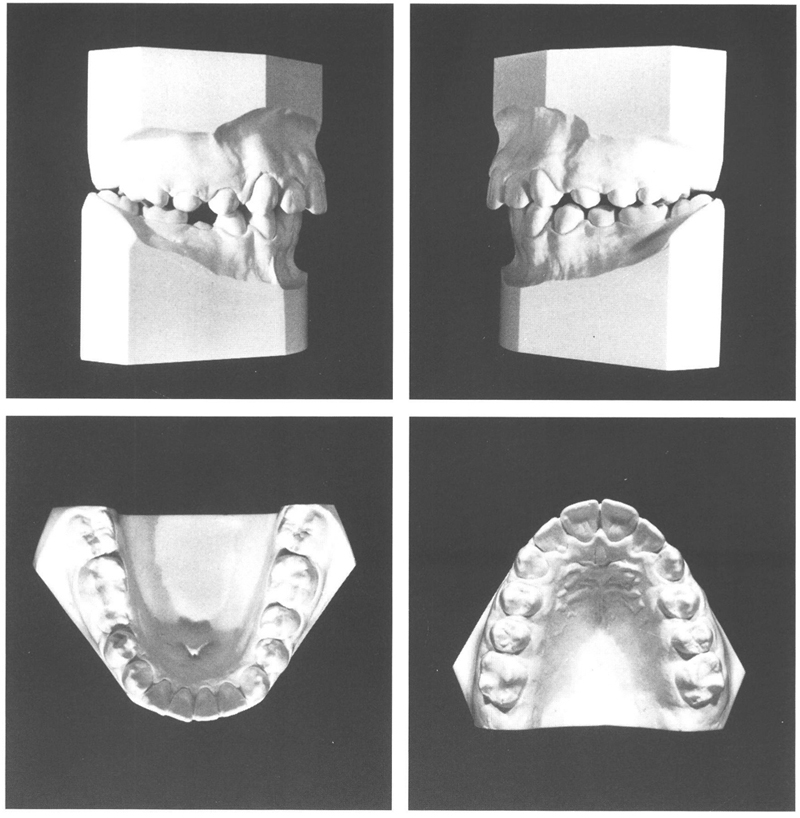 Figs 6-3 and 6-4 After six months of activator therapy, the lower lip no longer lies behind the maxillary incisors. The mouth can be closed easily. The mandible has come ventrally in relation to the maxilla. The teeth are in neutro-occlusion. However, the premolars and canines have not yet erupted fully. There are still diastemata present in the maxilla. The mandibular right second premolar has insufficient space. The deviation between the midlines has been corrected. From lack of a solid interdigitation, the result is not stable. Four months later, there was once again a mild disto-occlusion so that activator therapy was resumed.

At the age of 11 years, 7 months well-occluding, good dental arches blended harmoniously with the face (Figs. 6.5 and 6.6). This picture became even better in the following years, as the mandible grew further ventrally than the maxilla (Figs 6.7 to 6.14). 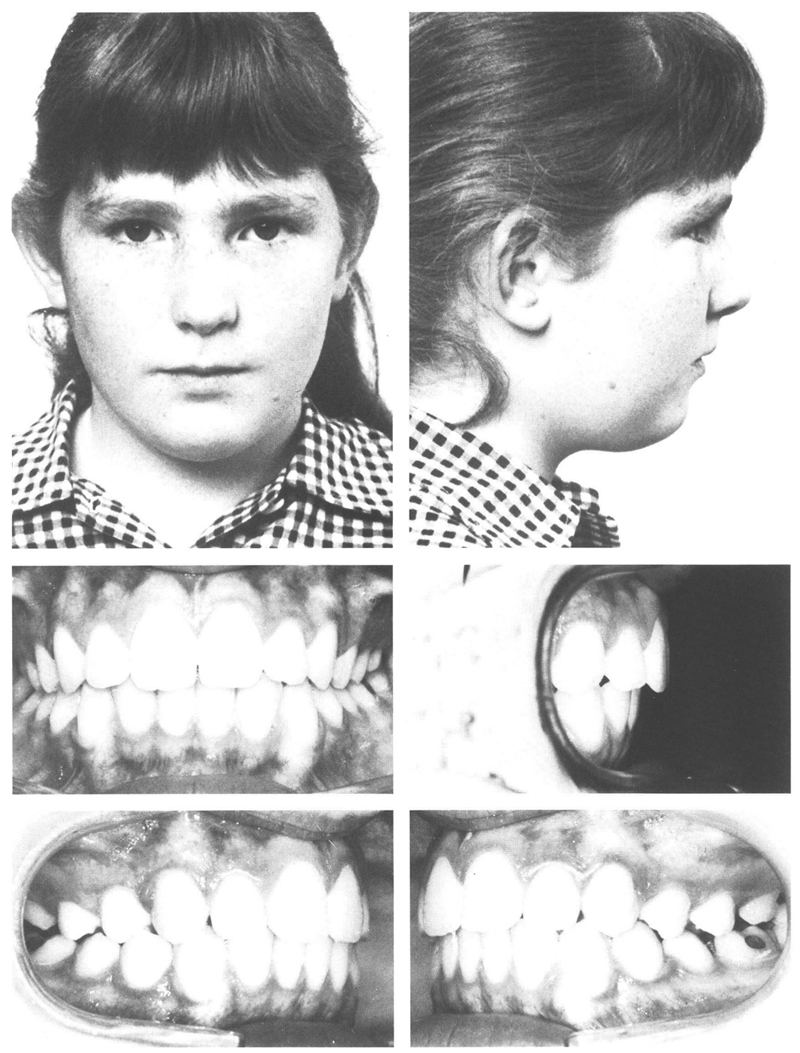 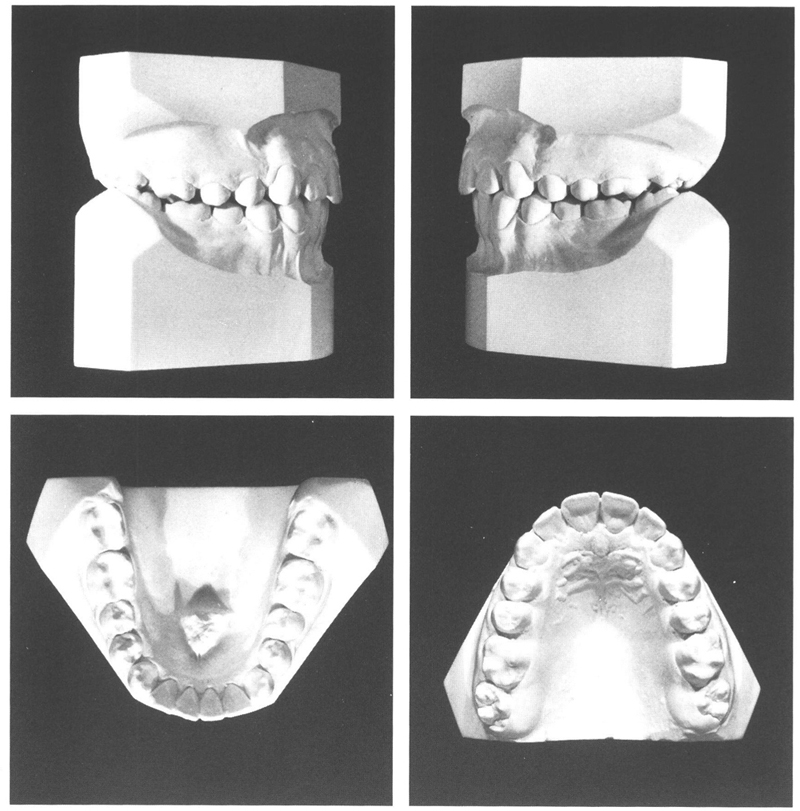 Figs 6-5 and 6-6 At the age of 11 y, 7 mo, the desired result had been achieved; well-occluding dental arches harmoniously fitting into the face. To achieve this result, a second treatment phase of four months had been undertaken, leading to a solid interdigitation in the canine-premolar region. Note the coincidence of the midlines of both dental arches, and the good position that the mandibular right second premolar has attained in the dental arch without crowding development elsewhere.

The case shown here illustrates well the part played by interdigitation in the maintenance of the correction of sagittal occlusion. If a solid interdigitation is not realized following facial-orthopedic therapy through which a disto-relation has been corrected, part of the correction will be lost. Specifically that applies to treatment that is finished while deciduous molars are still present. Deciduous molars will have lost their cusps by/>