A boy aged 10 years and 4 months showed a pronounced Class II/1 anomaly. He had sucked his thumb until the age of five years, was able to breathe through his nose, and kept his lower lip behind his maxillary incisors. The lower border of his mandible was horizontally oriented and the bony chin was strongly developed. The sagittal discrepancy between the jaws was fairly small and the overjet of 14 mm was largely the result of the linguo-version of the mandibular incisors and the marked eversion of the maxillary incisors. The crowding in the mandibular incisors (ALD -3 mm) and the excessive space in the maxillary incisor region (ALD +3 mm) are associated with the interposition of the lower lip. The overbite measured 8 mm, with the mandibular incisors contacting the palate. On the right, the disto-occlusion was ¾ PW; on the left it was 1 PW. Oral hygiene was bad. The permanent molars and the mandibular incisors were heavily restored. The patient was frightened of the dentist and seemed very much opposed to orthodontic treatment (Figs 35.1 and 35.2). 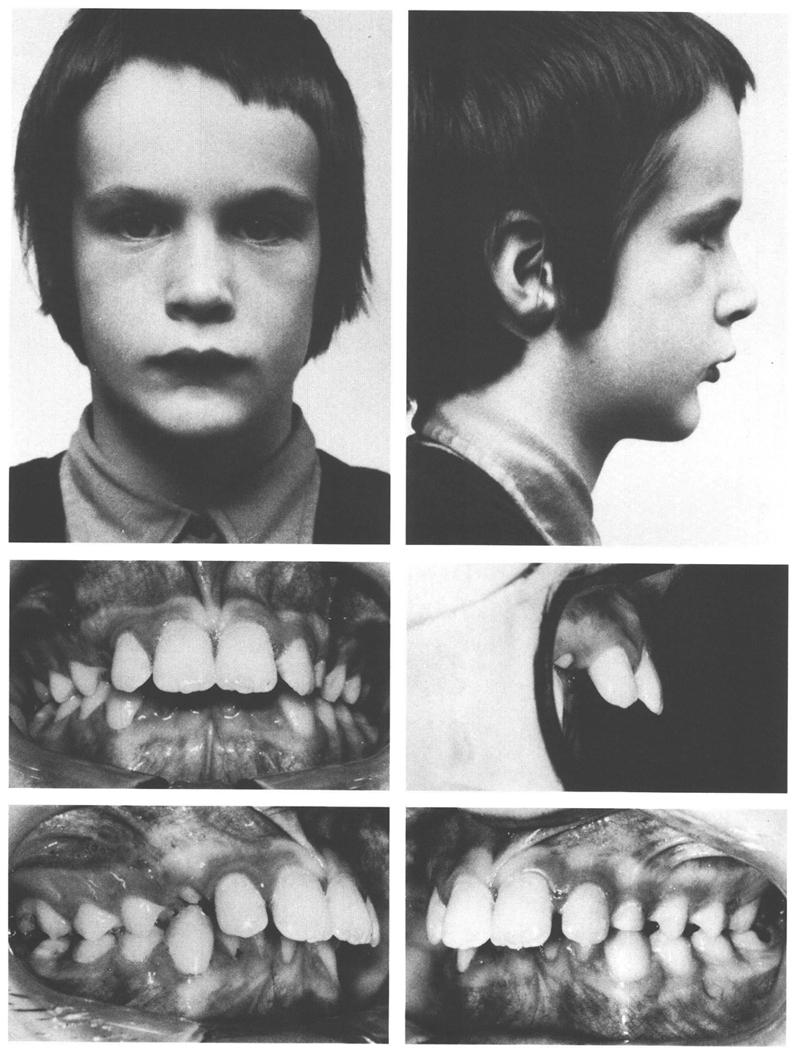 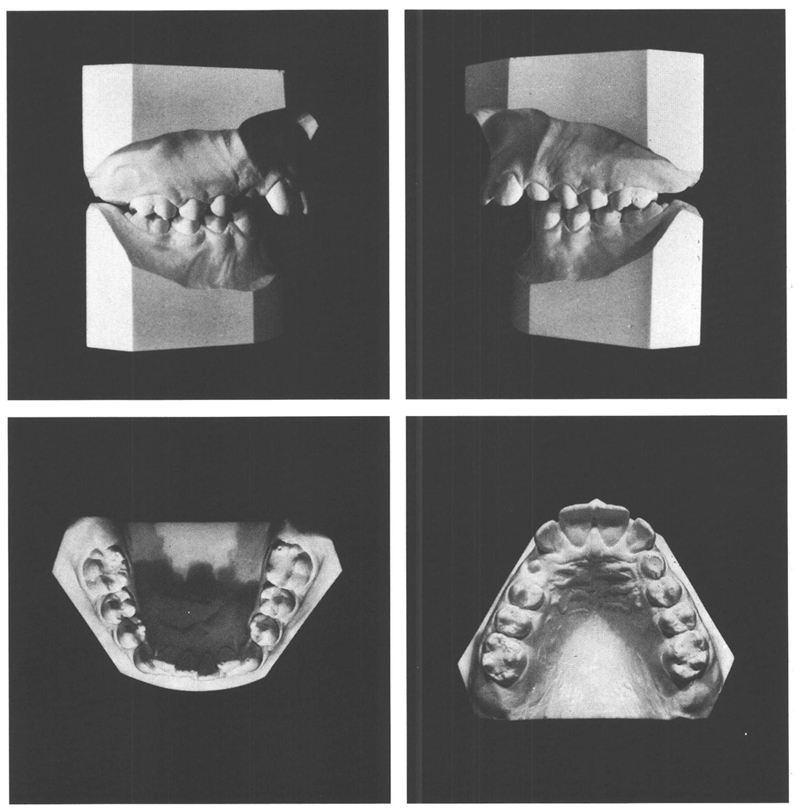 Figs 35-1 and 35-2 A boy aged 10 y, 4 mo with a pronounced Class II/1 anomaly that is based not so much on the disto-relation of the jaws but on abnormal positions of the teeth. The lower lip is held behind the everted maxillary incisors and the mandibular incisors are tipped lingually. The ALD of the mandibular arch is -3 mm, and of the maxillary arch is +3 mm. The middle of the mandibular arch is 2mm to the left, compared with that of the maxillary arch. This asymmetry corresponds with the difference in the disto-occlusion, which is ¾ PW on the right but 1 PW on the left. The mandibular incisors contact the palate. The overjet is 14 mm, the overbite 8 mm. The attachment of the labial frenum is low but there is no central diastema.

Taking into consideration the attitude of the patient and the quality of his dentition, the choice of treatment would be the least taxing. With the use of a cervical headgear and a maxillary removable plate with a biteplane, the disto-occlusion could be corrected and the overjet and overbite reduced. Meanwhile, a mandibular lip bumper would be fitted to prevent the lip being interposed between the mandibular and maxillary incisors and to provide the opportunity for the mandibular incisors to move ventrally.

At the age of 10 years, 6 months, the maxillary first permanent molars were banded and a cervical headgear was fitted. A week later, a maxillary plate was provided, while two months after that a lip bumper was fitted to the mandibular arch. During the first four months of treatment loose bands had to be recemented six times, the headgear had to be replaced due to breakage, and a labial arch on the plate had to be replaced twice. The oral hygiene remained inadequate and the gingiva behind the maxillary incisors became hypertrophic. In addition, the palatal surfaces of the maxillary incisors were decalcifying.

It was decided to replace the lip bumper and maxillary plate with a less potentially damaging and vulnerable appliance — an activator — but to continue to use the headgear. By this means, two facial-orthopedic approaches would be combined and the chance that caries or decalcifications would develop would be reduced. Regular oral hygiene instruction was given throughout the treatment.

The activator was fitted by grinding in the usual manner; in addition, the acrylic was removed from the labial aspects of the mandibular incisors to permit them to move ventrally.4

After the activator and headgear had been worn approximately 12 hours each day for ten months, neutro-occlusion had been achieved on both sides. The molar bands were removed and the treatment was continued with the activator alone for another eight months. At the age of 12 years, 6 months, an acceptable result had been attained. The profile was improved, the mouth was kept closed and the molars and second premolars occluded in neutro-occlusion. The mandibular anteriors had moved ventrally, but the maxillary incisors were steeply inclined and the overbite was too great (Figs 35.3 and 35.4). 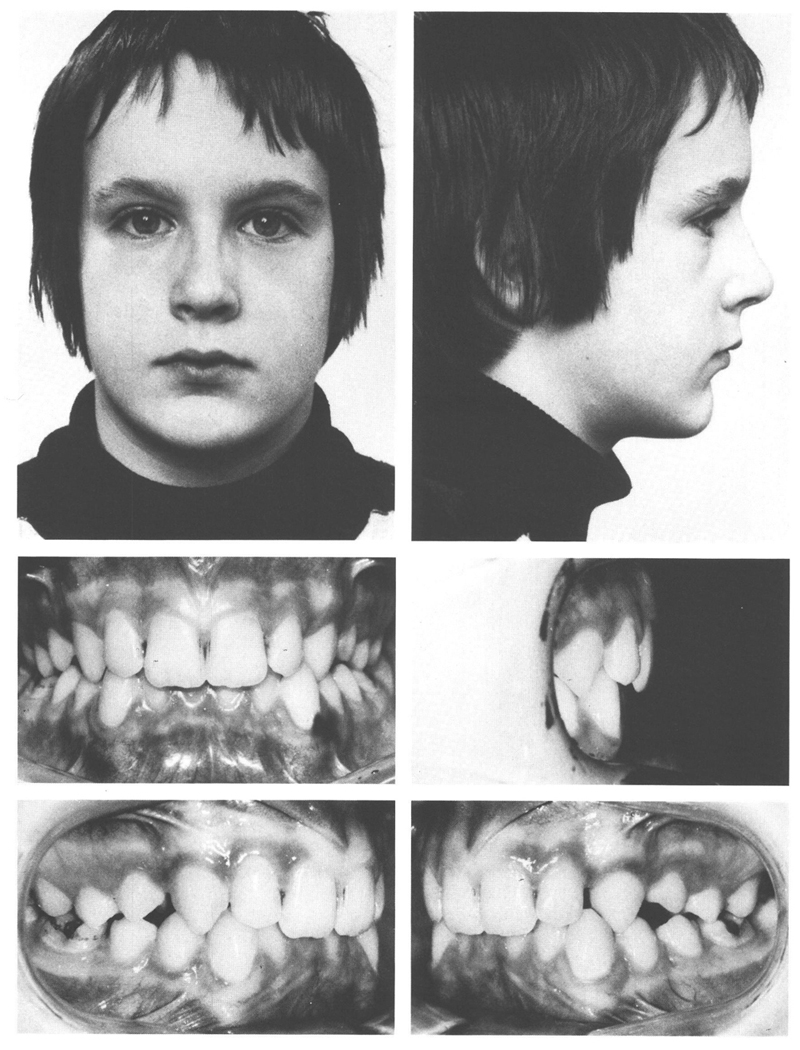 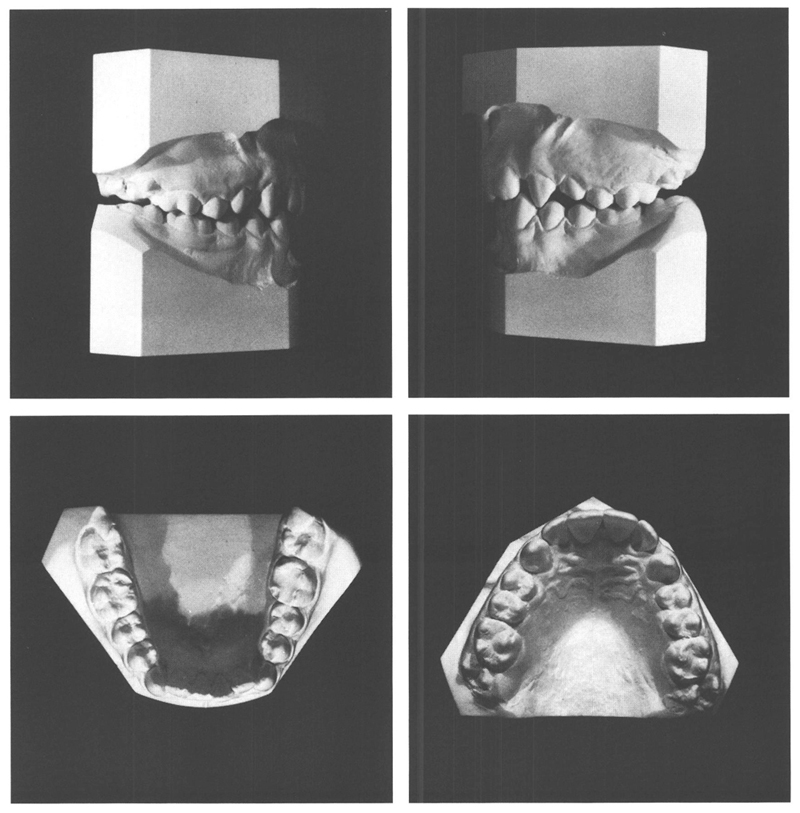 Figs 35-3 and 35-4 At the age of 12 y, 6 mo, after two years of treatment with primarily a cervical headgear and an activator, a significant improvement has been achieved. The first molars and second premolars occlude well, the mandibular anteriors have moved to ventral, and the mouth is kept closed. The mandibular anteriors exhibit mild crowding still, the maxillary incisors are steeply inclined, and the bite is deep. It can be expected that the maxillary first premolars will erupt further and come into good occlusion.

Four months later, the first premolars also were occluding well. Another eight months later, a year after terminating treatment, the depth of bite had increased and the central incisors in the mandible, but even more the maxillary central incisors, had tipped lingually (Figs 35.5 and 35.6). This tendency increased while at the same time the maxillary right lateral incisor tipped to labial (Figs 35.7 and 35.8). After the cessation of treatment, a “coverbite” had gradually developed (class I with symptoms of class II/2). This development can be ascribed to the high lip line that is associated wit/>