A boy of 11 years, 11 months had a somewhat round face with a prominent mid-face and receding chin. He could easily breathe through his nose but kept his mouth open. He had a pronounced distorelation; the overjet was 7 mm. Excess space was available in both dental arches despite the early loss of mandibular deciduous teeth. A complete scissorbite existed on the right side. A TSD could be expected since the maxillary lateral incisors were narrower than those in the mandible (Figs 13.1 and 13.2). 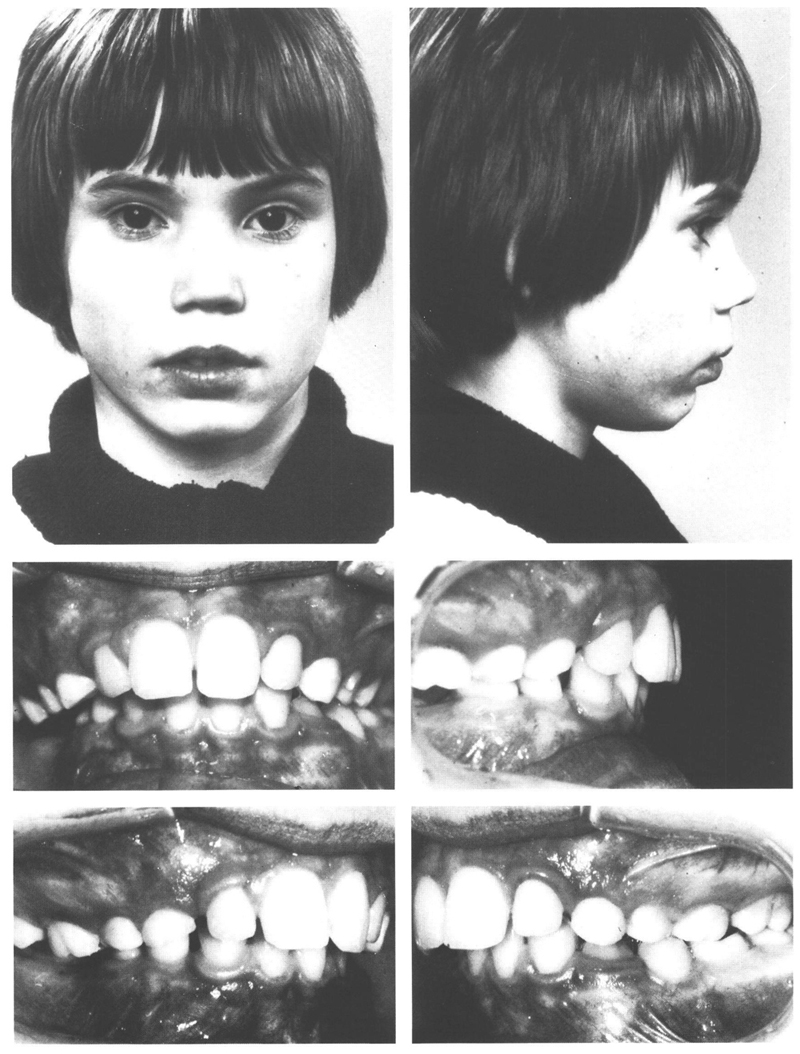 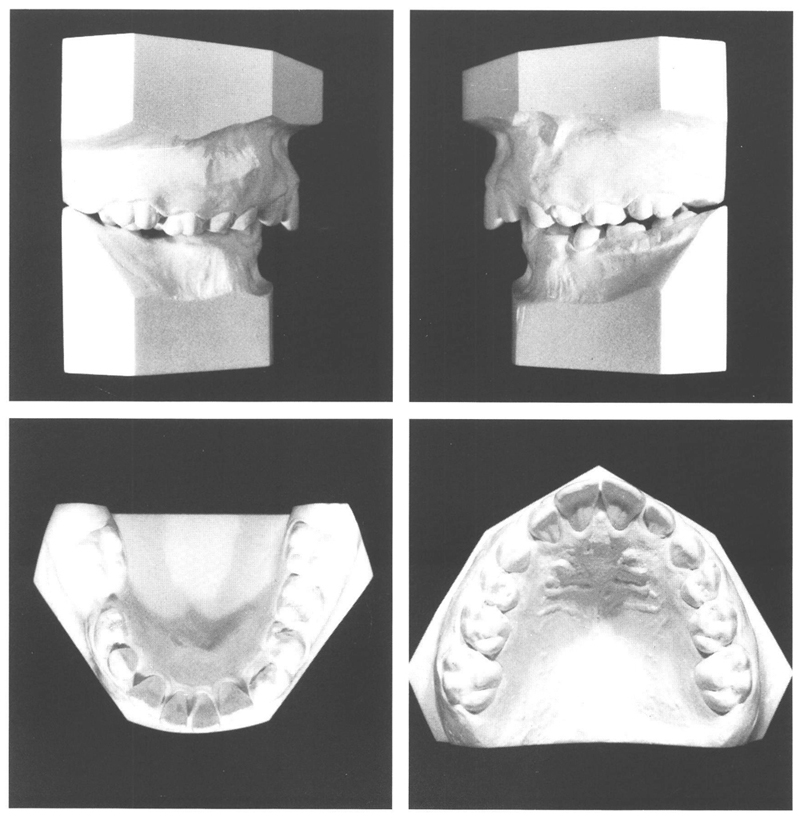 Fig 13-1 and 13-2 A boy aged 11 y, 11 mo with a class II/1 anomaly (disto-occlusion 1 PW), a large deviation in sagittal jaw relationships and complete scissorbite on the right. The mandibular right first permanent molar had tipped lingually and mesially after the early loss of the adjacent second deciduous molar. Nevertheless there is still sufficient space in the mandibular arch. The maxillary arch is fairly broad. The mandibular incisors are in labioversion; those in the maxilla are steeply inclined. The maxillary lateral incisors are narrower than those in the mandible, which may indicate a TSD.

It was decided both to correct the distorelation and decrease somewhat the maxillary arch width with a cervical headgear. Moreover, a maxillary plate would be fitted to open the bite to enable transverse changes to be procured. The mandibular arch would be widened with a lingual arch and the mandibular right first permanent molar tipped back and torqued buccolingually. An elastic “through the bite” between maxillary and mandibular first permanent molars on that side would be used as required.

The headgear and removable plate were fitted at the age of 12 years 2 months. With a flexible three-quarter clasp on the maxillary right first permanent molar and a buccal spring from mesial onto both deciduous molars, those three teeth were moved palatally. In the process, a biteplane was used that was sufficiently high to avoid interference by the opposing teeth with that movement. In addition, the inner arch of the headgear was narrowed so that it operated to compress the maxillary arch somewhat. Four months later, the lingual arch was fitted and removed again after five months. At the same time, use of the maxillary plate was terminated because a reasonable result had been achieved and also because the appliance had been repaired many times. At the age of 12 years 11 months, a good transverse occlusion had been obtained and it was decided to continue treatment with the cervical headgear only. A year later, a good sagittal relation was attained, so continuing to wear the headgear but only during sleep was advised.

Six months later, at the age of 14 years, 5 months, the maxillary first premolars and the mandibular second premolars had emerged. On the upper right the premolars had erupted too far buccally. A new plate was made to move those teeth palatally and make some other corrections at the same time. At 15 years, 1 month, an activator was used and worn for seven months as a retainer, but advantage was taken also of its capacity to guide the growth that was taking place. The result obtained at that time was rewarding, particularly considering the simple appliances being used. The face no longer showed class II/1 characteristics and the dental arches fitted well. Indeed, the maxillary incisors were somewhat steeply inclined, and the canines too perpendicularly angulated. There was not only a TSD in the anterior teeth but also in the posterior teeth because the maxillary premolars, as well as the laterals, had rather small crowns (Figs 13.3 and 13.4).