A boy aged 13 years, 2 months appeared with a mild class II/1 anomaly, which was complicated by the fact that in the mandible the deciduous molars had been lost prematurely and the second premolars on both sides were impacted. Most of the time he kept his mouth open; the lower lip was not held behind the maxillary incisors. In the mandible, the incisors were tipped forward and the first premolars almost lay against the first permanent molars. Diastemata were present distal to the mandibular canines. The ALD for the mandible was –10 mm. In the maxilla the left lateral incisor was palatally displaced and the ALD was –3 mm. The overjet was somewhat too large, being 4mm. The dentition had many restorations, cavities, and decalcifications (Figs 33.1, 33.2, and 33.11). 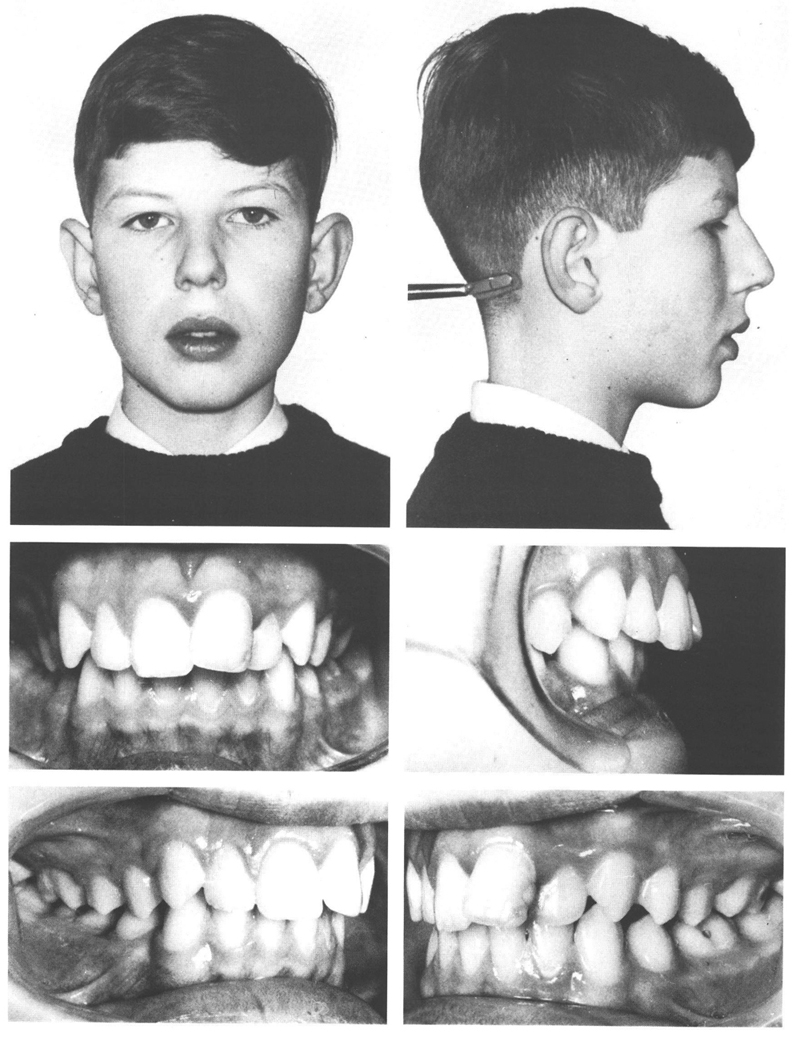 Figs 33-1 and 33-2 A boy of 13 y, 2 mo with a mild class II/1 anomaly, a slight disto-relation, and an overjet of 4 mm. The quality of his dentition leaves something to be desired. Besides many restorations, there are several cavities and decalcifications. Both mandibular first molars have three amalgam fillings, but also three cavities. The deciduous molars in the mandible were lost prematurely and the second premolars are impacted. The mandibular incisors are everted and the mandibular first permanent molars have tipped lingually and are rotated mesio-lingually. Both jaws barely have space for the second permanent molars, which have already emerged. The occlusion in the canine/premolar region is ¾ PW disto-occlusion, while the molars are in slight mesio-occlusion because they drifted mesially after the loss of the deciduous molars.

The mandibular incisors were everted and the space for the second permanent molars was limited. Moreover, the third molars were forming and were located close to the second molars. It was therefore decided to obtain space in the mandible for the second premolars by extraction. It was decided to extract the first premolars rather than just to eliminate the second premolars, since the latter procedure would require a considerable amount of bone to be removed. In addition, second premolars usually occlude better than first premolars. Extraction was rejected in the maxilla, since only a little extra room was needed and this could be gained mainly by rotating back the first permanent molars. Furthermore, it was feared that extraction of premolars would lead to a falling-in of the mouth, certainly if the nose and chin developed significantly, as is seen more in boys than girls. Extraction of maxillary premolars would have the additional consequence that the use of full fixed appliances would be required to attain a good result. This would have been unwise in the presence of the high caries activity in this patient.

The rotations of the first permanent molars would be corrected with a cervical headgear, simultaneously obtaining more space in the maxillary dental arch and eliminating the disto-relation. At a later stage, a maxillary plate would be utilized to provide any further corrections that might be needed. It was assumed that the development of the mandibular arch would proceed favorably after the extraction of the first premolars, so that no further appliances would be needed there.

Both mandibular first premolars were extracted at the age of 13 years, 5 months. Five months later the mandibular second premolars had emerged and a cervical headgear was fitted. Six months after that, it was noticed that the mandibular right first molar and the second premolar had not spontaneously moved vertically as had the teeth on the left; therefore, lingual hooks were attached to those teeth. Elastics were then hooked from them to the buccal of the maxillary right first molar. For that purpose a short piece of rectangular wire was placed in the edgewise tube on the molar and the ends of the wire turned cervically to form hooks. To prevent these molars from tipping to palatal and also to make some corrections in the maxillary anteriors, a plate was fitted. Three months later, the position of the mandibular teeth had improved and the hooks for the elastics were dispensed with.

After active treatment for two years and three months, an acceptable occlusion and facial appearance had come about by the age of 16 years, 1 months. The mandibular arch had developed well and exhibited little irregularity. This applied also to the maxillary arch. Moreove/>

Tags: Practical Dentofacial Orthopedics
Jan 1, 2015 | Posted by mrzezo in Orthodontics | Comments Off on 33: Class II/1, impacted 35 and 45: Extraction 34 and 44, cervical headgear, maxillary removable plate, elastics through the bite to the lingual of 45 and 46: Male: 13 years, 2 months to 36 years, 9 months
Premium Wordpress Themes by UFO Themes
WordPress theme by UFO themes