A girl aged 11 years, 8 months exhibited a class II/1 anomaly with a large lower face height. She could breathe easily through her nose but usually kept her mouth open. Her oral hygiene was only fair. The mandibular right deciduous molars had been lost prematurely and there was no longer sufficient room for the second premolar which was wedged between the first premolar and the first permanent molar. Some degree of crowding existed in the remainder of the mandibular dental arch, with an ALD of –9 mm. The maxillary lateral incisors had emerged too far to palatal and the maxillary first permanent molars were rotated mesio-palatally. Nonetheless, the ALD was only –2mm due to the presence of diastemata. The maxillary first premolars were in scissorbite. The first permanent molars on the right were in normal occlusion. If allowance were made for three-quarters of the loss of space being due to mesial drifting of the molars, the occlusion of the molars could be estimated to have been ¾ PW disto on the right and ½ PW on the left. All the third molars were forming (Figs 32.1 and 32.2). 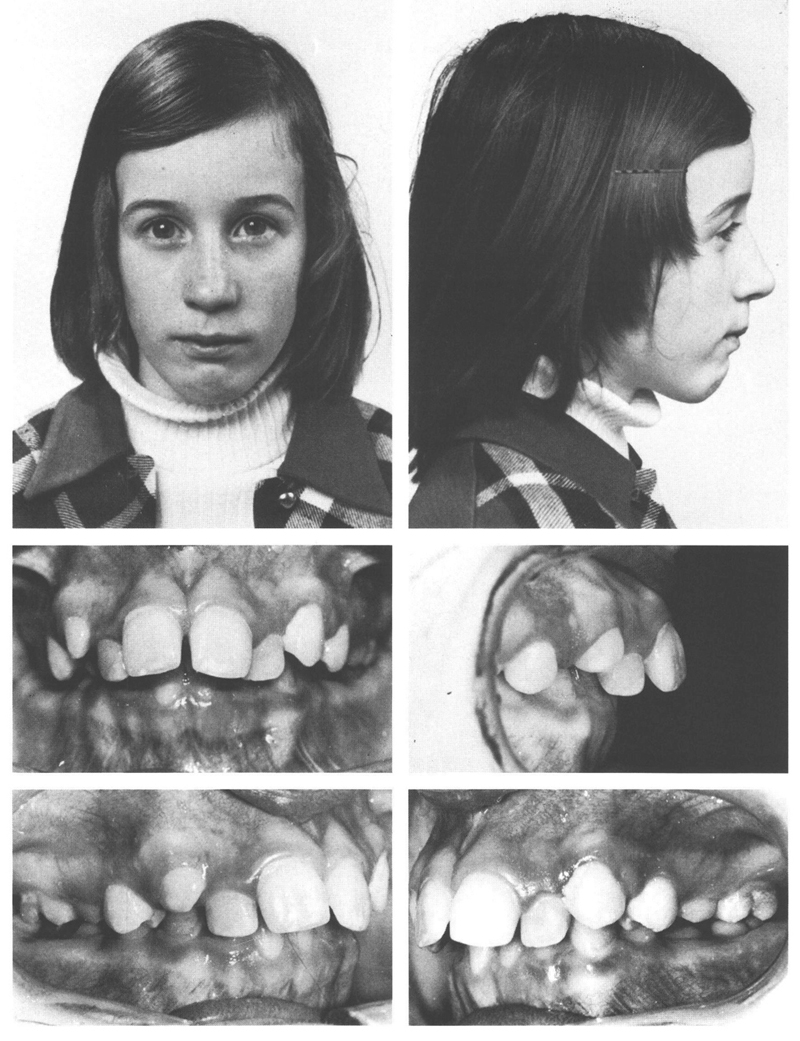 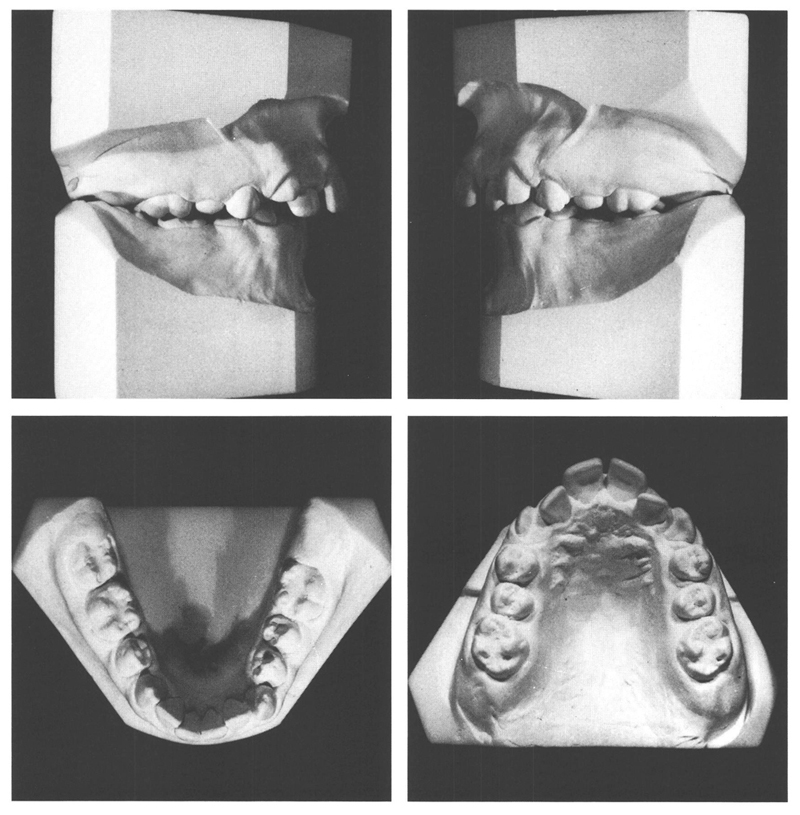 Figs 32-1 and 32-2 A girl aged 11 y, 8 mo with a class II/1 anomaly, in which the space for the mandibular right second premolar has vanished due to the early loss of the deciduous molars. Her oral hygiene is unsatisfactory and the gingiva is congested and slightly inflamed. The mandibular dental arch is narrow. The mandibular right first premolar is almost contacting the first permanent molar, and the second premolar is unerupted, impacted between those two teeth. There is still some crowding in the remainder of the mandibular arch; the ALD measures –9 mm. In the maxillary arch, the first permanent molars are rotated mesio-palatally, the lateral incisors are positioned too far to palatal, and the first premolars are buccally displaced and in scissorbite. After mentally repositioning the teeth that migrated as a consequence of the premature loss of the deciduous molars, there would be a disto-occlusion of ¾ PW on the right and ½ PW on the left.

The decision was taken to correct the disto-occlusion by means of a cervical headgear and at the same time to use it to rotate back the first permanent molars. At a later stage, a removable plate would be used for other corrections in the maxilla and if necessary it would be followed by a partial fixed appliance. An attempt would be made to regain the space lost for the mandibular right second premolar, with a lip bumper, and in conjunction a lingual arch would be used to improve the positions of several teeth in the mandibular arch.

A cervical headgear was fitted at the age of 11 years, 11 months. Seven months later, a maxillary plate was provided and three months later a mandibular lip bumper was fitted. Although the lip bumper was worn well, the increase in available space in the mandibular arch after six months seemed to be negligible. The mandibular right second premolar had erupted a little further and could be palpated lingually. At the age of 13 years, 4 months, radiographs were taken and impressions obtained for dental casts. From the study of the additional records it was clear that indeed hardly any space had been gained in the mandibular arch, and that on the right the mandibular third molar was mesially inclined and lay against the second molar. It was decided to make no further attempt to gain space for the mandibular right second premolar and to remove that tooth instead. A month later, a lingual arch was placed incorporating springs to move both the mandibular left premolars and the right first premolar to buccal. Three months later, a new maxillary plate was made, using buccal springs to move the maxillary first premolars to palatal.