A girl aged 14 years, 2 months, whose growth was almost complete, attended with a mild class II/1 anomaly and an anterior open bite. Her mid-face was ventrally placed in relationship to the face as a whole and a slight double protrusion was evident. At the age of six years, her adenoids had been removed and subsequently she had ceased thumb-sucking. She had no difficulty breathing through her nose. Notwithstanding the eversion of the maxillary incisors and the overjet of 6 mm she had an adequate lip seal and kept her mouth closed. During speech and swallowing, but also when at rest, the tip of the tongue lay between the maxillary and mandibular incisors. The arch forms were essentially normal and any abnormalities in alignment were limited. The maxillary incisors were everted and barely overlapped the mandibular incisors vertically. She had a high caries activity. All the permanent molars had large restorations and the maxillary second permanent molars were partly decalcified buccally. The third molars were present but the room available for their proper emergence was inadequate (Figs 27.1 and 27.2). 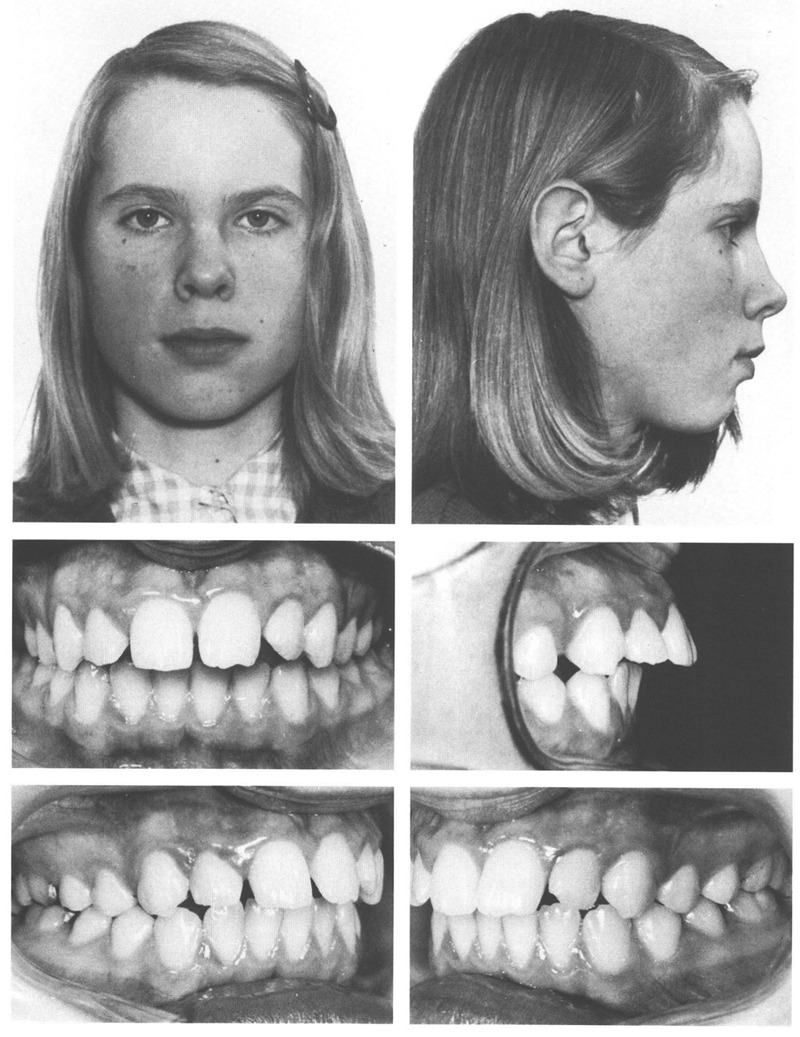 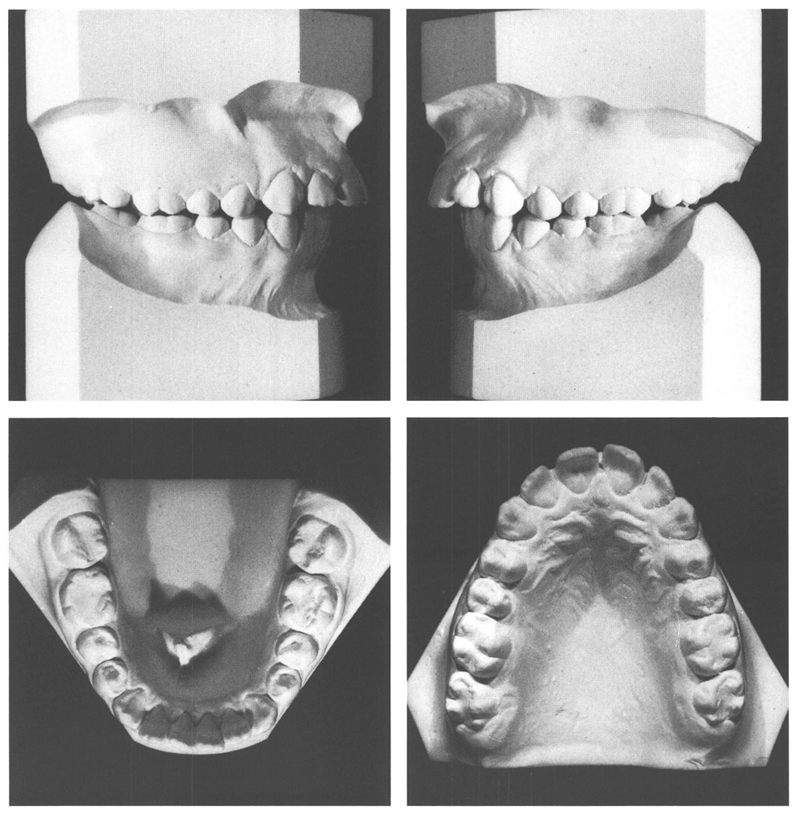 Figs 27-1 and 27-2 A girl aged 14 y, 2 mo with a class II/1 anomaly (¼ PW) and an anterior open bite. In relationship to the rest of her face, the mid-face is a little too far to ventral. She has adequate lip seal but during swallowing and at rest she holds her tongue on the incisal edges of the mandibular anteriors. The everted maxillary incisors show diastemata. In the maxilla, the distance between the distal surface of the second permanent molar and the dorsal limit of the tuberosity is short on both sides, and that space will not increase sufficiently to permit the third molars to emerge properly. The posterior section of the apical area of the mandible also is too small, which is expressed by the rotation of the second permanent molars (see Fig 27.10). In addition, the mandibular incisors show some crowding.

In view of the poor quality of the second permanent molars, and the presence of well-formed third molars for which insufficient room was available, it was decided that the maxillary second permanent molars should be extracted and that a cervical headgear would then be used with a maxillary removable plate to correct the abnormality. A contributory factor in deciding on extraction of the second molars was that only little further growth could be expected so that correction of the disto-occlusion had to rely almost entirely on tooth movements.

At the age of 14 years, 4 months, after removal of the maxillary second molars had been performed, a cervical headgear was fitted. Six months later a plate with divided labial arches was provided in the maxilla and the incisors were retracted and the diastemata closed. After one year and five months, the desired result had been reached, and the plate was used for another six months for retention purposes. 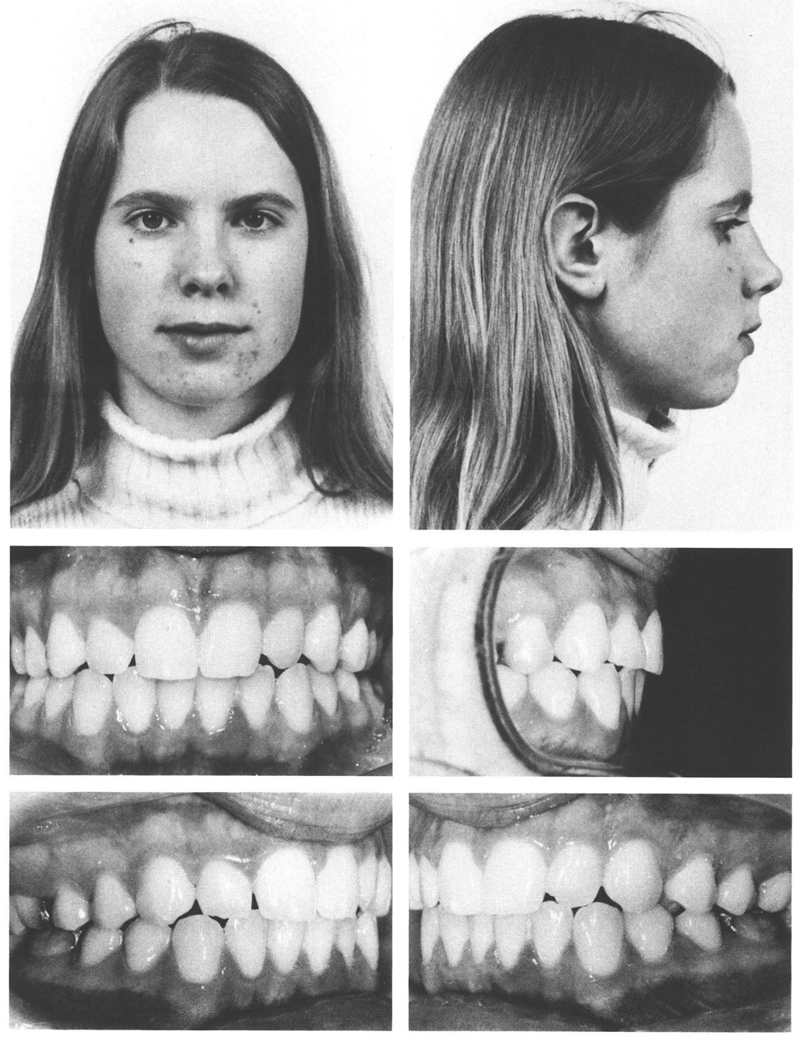 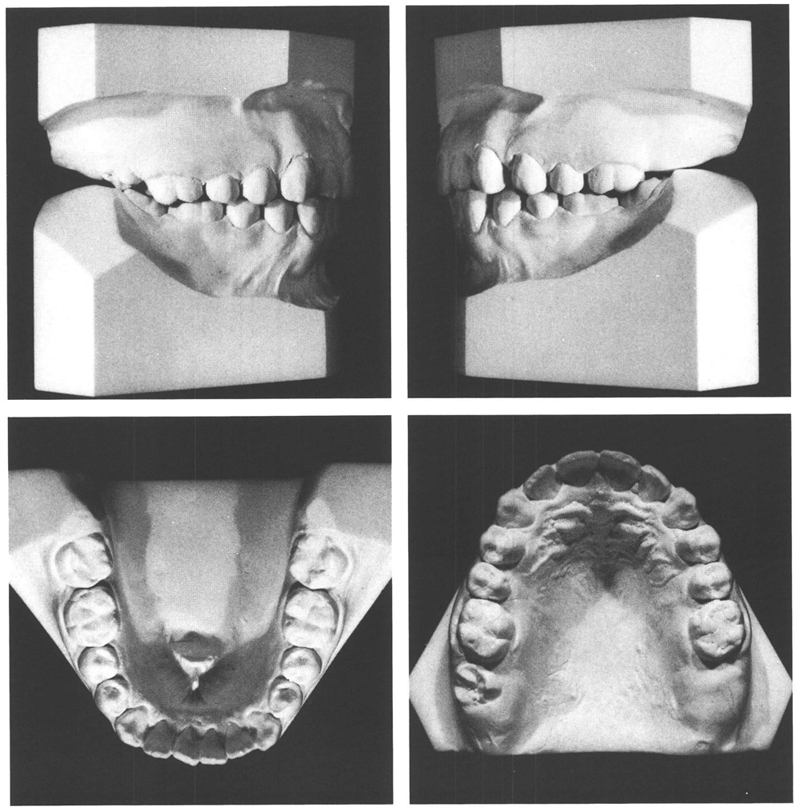 Figs 27-3 and 27-4 At the age of 16 y, 4 mo, the mid-face is relatively less ventrally placed, and a good posterior occlusion has been realized. The mandibular and maxillary incisors make contact. The overbite is however somewhat meager. In the mandible, the incisor crowding has increased and the two second permanent molars remain rotated still. More than enough room is available for the maxillary third molars, the right one having emerged already.

Ten years after treatment, the tongue interposition persisted, as did the anterior open bite, the eversion of the maxillary incisors, and the central diastema. The situation in the mandibular incisors had not changed. There was solid interdigitation of the posterior teeth, with the maxillary third molars well positioned in good />