A girl of 12 years, 4 months, attended because she and her parents were dissatisfied with the irregularity of her maxillary incisors. She had a class II/1 anomaly with a disto-occlusion of ½ PW and a harmonious face with normal function. All second premolars were congenially absent. The second deciduous molars were restored with amalgam. Their roots were good and exhibited barely any signs of resorption. The mandibular and maxillary anteriors were slightly crowded (ALD -2 mm and -3 mm, respectively). The maxillary left central incisor was tipped labially and was excluded from the dental arch. This exclusion also applied, although to a lesser extent, to the maxillary canines (Figs 23.1 and 23.2). 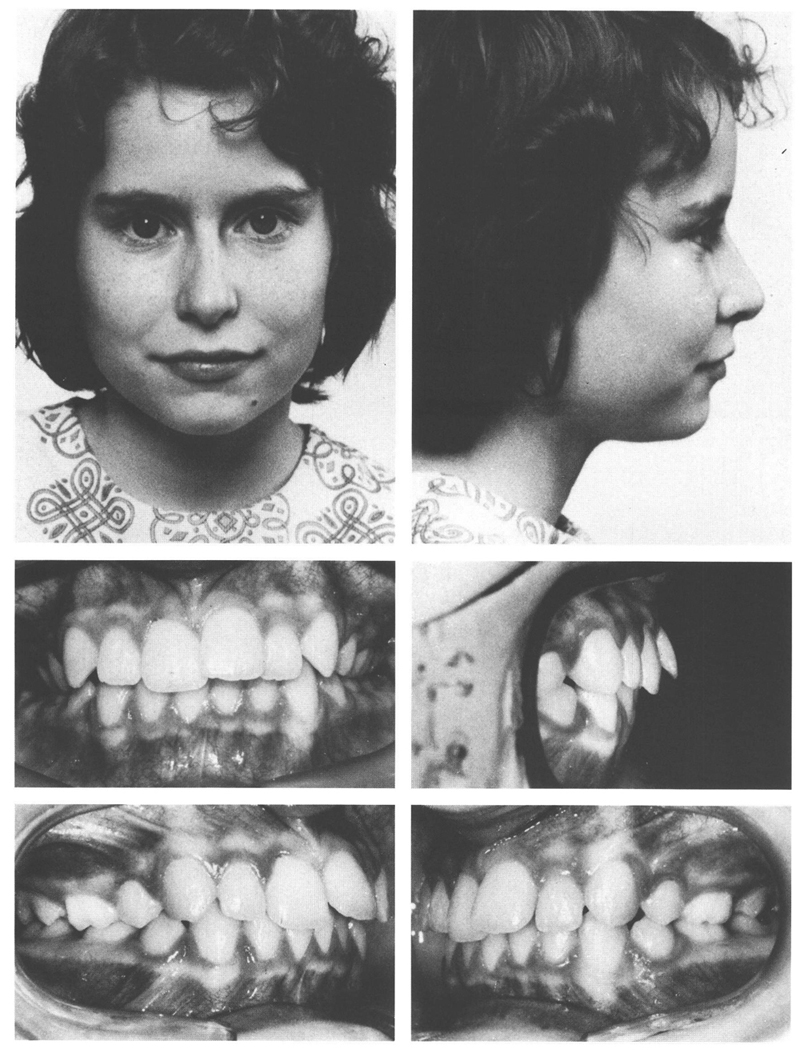 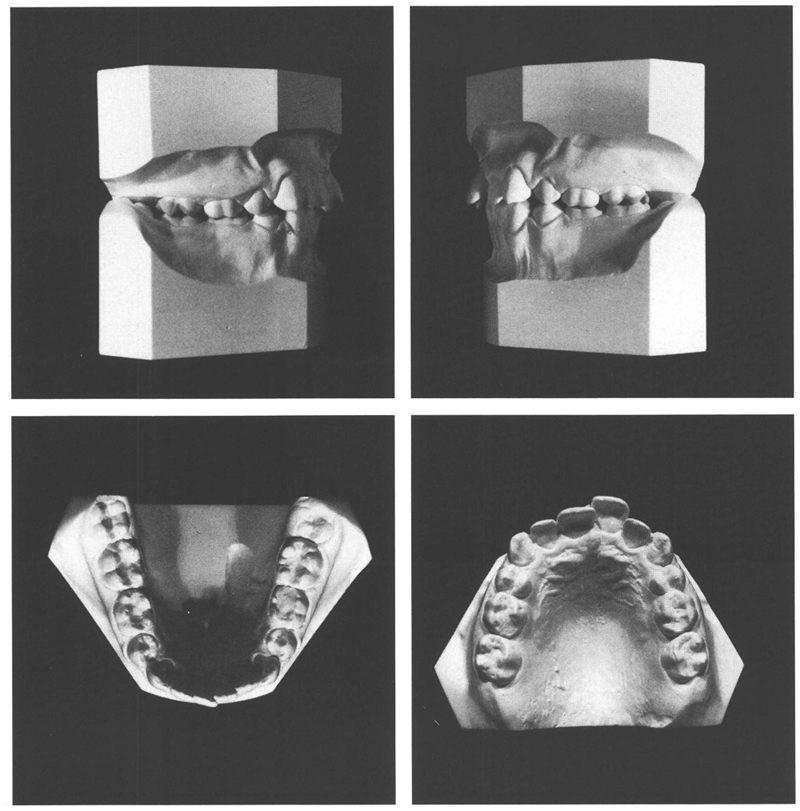 Figs 23-1 and 23-2 A girl of 12 y, 4 mo with a class II/1 anomaly (disto-occlusion ½ PW), a good face, and normal function. All second premolars are congenitally absent. Both dental arches have mild crowding in the anterior region, which is evidenced in the maxilla by the left central incisor and both canines being outside the line of the arch. The patient and parents find this undesirable. The mid-line of the mandibular arch is displaced to the left of that of the maxilla. The posterior section of the apical area in the maxilla seems unlikely to provide sufficient space for proper emergence of the second permanent molars.

It was decided to preserve the second deciduous molars and to correct the disto-occlusion with a cervical headgear; this would also provide room for the maxillary left central incisor and the canines. Second, the four maxillary incisors would be moved to their correct places with a partial fixed appliance.

At the age of 12 years, 6 months, a cervical headgear was provided. Six months later, brackets were placed on the four maxillary incisors and a .0175” twistflex archwire was fitted. After four weeks the twistflex was replaced with a .019” × .026” arch. In another month the desired result had been obtained and the appliance was removed (Figs 23.3 and 23.4). A removable plate was worn for six months for retention, day and night for the first three months and only while sleeping for the remaining three months. 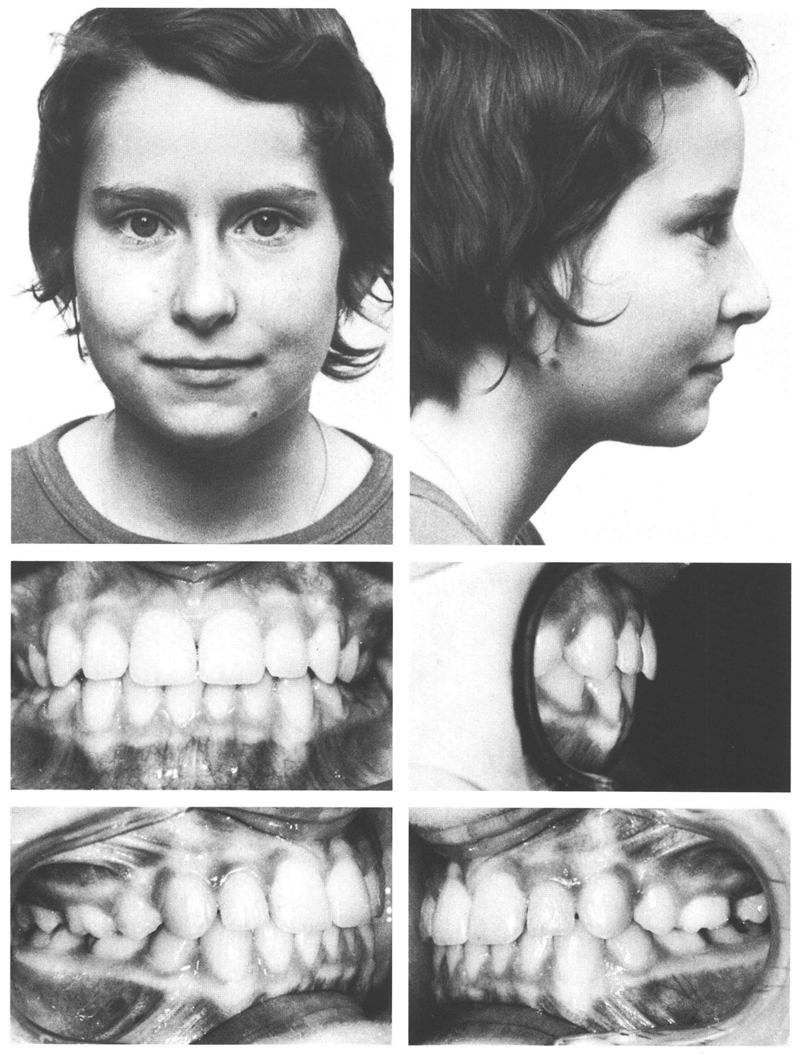 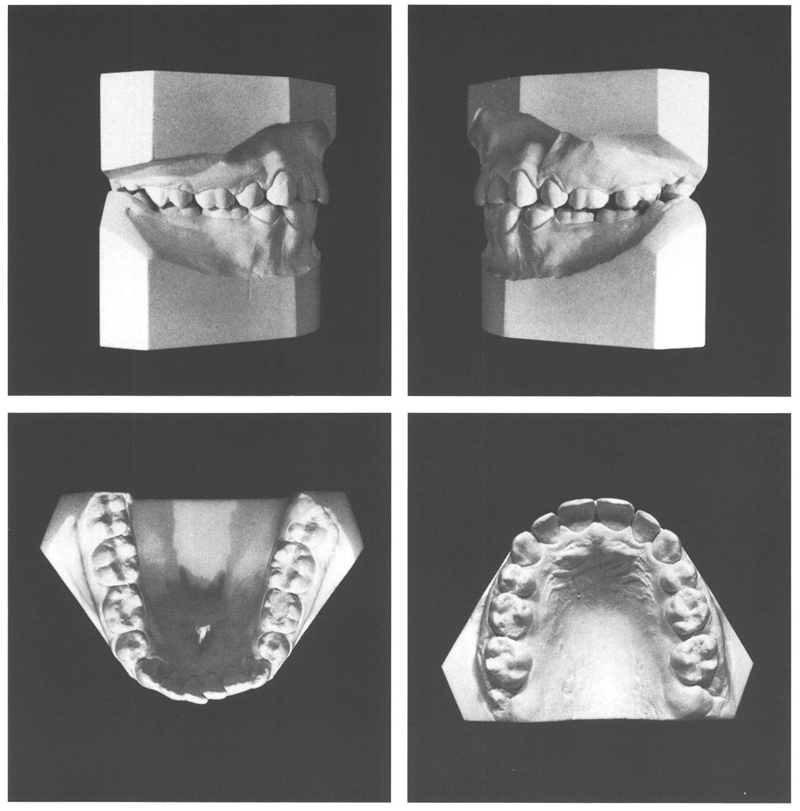 Figs 23-3 and 23-4 At the age of 13 y, 2 mo, the desired result has been reached after eight months of active treatment. The maxillary anteriors are well-aligned, and the posterior teeth are in excellent occlusion. The crowns of the second deciduous molars are similar in form with those of the first permanent molars and occlude well. That is not the case if a deciduous molar has a premolar as antagonist (see Fig 22-7). At this stage, the second permanent molars have too little room in the maxilla to emerge properly. The situation in the mandibular arch has not changed noticeably.

Eleven years later, at the age of 24 years 9 months, the maxillary central incisors have become a little prominent and the crowding in the mandibular anter/>