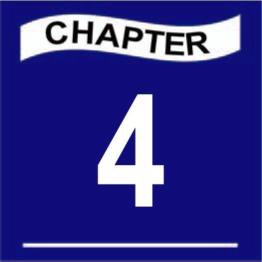 A biological review of the events that result in the development of third molars sheds light on why these teeth may develop frequently with morphological malformation, malposition and possibly even agenesis. Third molars are the only teeth that develop entirely after birth. All other teeth begin development in utero or, as in the case of permanent second molars, are entering into the tooth bud stage of development near birth. The initiation of the development of third molars does not begin until ectodermal dental lamina, migrating distally in the growing child’s mouth, spatially relates to and interacts with jaw mesenchyme, which is derived from the embryonic cranial neural crest. In the case of third molars, the interaction of these two tissues is initiated following birth after significant jaw growth at around 5 years of age. If these two tissues never interact, no tooth will form. Since no subsequent similar interaction occurs between these two distinct tissue types after third molar tooth bud initiation, no other teeth develop at a later age. Development for all mammalian teeth is very similar after tooth bud initiation.

Initiation of third molars occurs macroscopically at or near the surface of the developing jaw bone. During the five years from birth to the initiation of third molars, genetic factors and environmental factors influence jaw growth and dental lamina migration, which ultimately may affect the timing of the interaction and final positioning of the two tissues necessary for the initiation of tooth bud development. For normal tooth pattern to occur with regard to size, shape and position, the two tissues must be in the right place at the right time.

Alterations in the pattern of jaw growth, as well as changes in the migration of dental lamina, occur due to evolutionary forces and environmental factors such as trauma and disease. Environmental factors and teratogens have been shown to affect tooth development with devastating effects on tooth size, shape and position. It is not surprising, therefore, that aberrations in normal third molar pattern frequently occur.

The following is the milestone with regard to development and eruption of mandibular third molar:

A number of longitudinal studies have been performed that have clearly defined the development and eruption pattern of the mandibular third molar.

Bjork (1956)’ found that there are three factors which are significant in the development of mandible and which are related to the amount of space for the third molar:

1.A predominantly vertical direction of condylar growth, resulting in little resorption of the anterior border of the ramus.

2. Insufficient mandibular growth in length in proportion to the amount of tooth structure.

3. A backwardly directed trend of eruption of dentition will diminish the length of the arch.

Tags: A Practical Guide to the Management of Impacted Teeth
Feb 8, 2015 | Posted by mrzezo in Oral and Maxillofacial Surgery | Comments Off on Surgical Anatomy
Premium Wordpress Themes by UFO Themes
WordPress theme by UFO themes