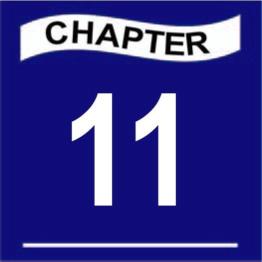 Proper written or oral instruction in essential not only for the over all success of the surgical procedure but also for a smooth postoperative period. The patient and the by stander should be informed that unnecessary pain and complications like infection, bleeding and swelling can be minimized if the instructions are followed carefully.

•Bite on the gauze pad placed over the surgical site for an hour. After this time, the gauze pad should be removed and discarded. It maybe replaced by another gauze pad if there is bleeding.

•Avoid vigorous mouth rinsing or touching the wound area following surgery. This may initiate bleeding by dislodging the blood clot that has formed.

•To minimize swelling, place ice packs to the side of the face where surgery was performed.

•Take the prescribed pain medications as soon as possible so that it is digested before the local anesthetic effect has worn off. Avoid taking medications in empty stomach to avoid nausea and gastritis.

•Restrict activities on the day of surgery and resume normal activity when one is comfortable. Excessive physical activity may initiate bleeding.

•Do not smoke under any circumstances.

•A certain amount of bleeding is to be expected following surgery. On the skin where the surface is

dry, blood clots within a few minutes. But in the mouth where things are wet, it takes 6-8 hours for the clot to form and the bleeding to subside. Slight bleeding or oozing causing redness in the saliva is very common. For this reason, the gauze will always appear red when it is removed. Saliva washes over the blood clot and dyes the gauze red even after bleeding from the socket has actually stopped.

•Excessive bleeding may be controlled by first gently rinsing with ice cold water or wiping any old clots from the mouth and then placing a gauze pad over the area and biting firmly for sixty minutes. Repeat as necessary.

•If bleeding continues, bite on a moistened tea bag for thirty minutes. The tannic acid in the tea bag helps to form a clot by contracting the bleeding vessels. This can be repeated several times.

•To minimize further bleeding, sit upright, do not become excited, maintain constant pressure on the gauze (no talking or chewing) and avoid exercise.

•If bleeding does not subside after 6-8 hours, inform the doctor.

•The swelling that is normally expected is usually proportional to the surgery involved. Simple tooth extraction generally do not produce much swelling. However, if there was a fair amount of cheek retraction and bone removal involved with the surgical procedure, mild to moderate swelling can be expected on the affected side. The swelling will not become apparent until the evening or the day following surgery. It will reach its maximum on the second or the third day postoperatively.

•Theswelling may be minimized by the immediate application of ice bag following the procedure to the side of the face where surgery was performed. If ice bag is not available sealed plastic bag filled with crushed ice may be used. The bag can be covered with a soft cloth to avoid skin irritation

•The ice bag should be applied for 20 minutes on and five minutes off for the afternoon and evening following the surgery. After 24 hours, ice has no beneficial effect.

Tags: A Practical Guide to the Management of Impacted Teeth
Jan 12, 2015 | Posted by mrzezo in Oral and Maxillofacial Surgery | Comments Off on 12. Drug Therapy
Premium Wordpress Themes by UFO Themes
WordPress theme by UFO themes