2. Why Teeth Get Impacted? 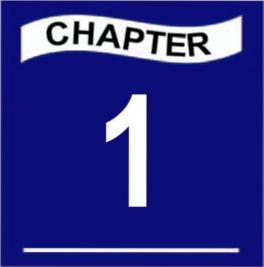 Although the scope of oral and maxillofacial surgery has expanded in many directions recently, the mainstay of practice remains dentoalveolar surgery. The atraumatic removal of impacted teeth is one of the most commonly performed surgical procedures in the specialty of oral and maxillofacial surgery. A thorough theoretical knowledge and adequate clinical training is essential to perform the surgery successfully. A study by Berge (1995) has shown that there is a four fold increase in the incidence of complications when the surgery was performed by the general practitioner as compared that performed by the oral surgeon. This difference in complication rates may be explained by inadequate surgical training and lack of experience of the former. However, another study by Boer MPet al (1995)1 has shown no statistically significant difference in the mean complication rate when the surgery was performed by staff members and the rate when surgery was performed by residents.

It was Dr George B Winter who more than anyone else helped to rationalize the technique of removal of impacted mandibular third molar. Winter’s treatise was the result of intensive research which extended over the years. The first publication of his findings appeared in ‘Dental Items of Interest’ under the title of ‘Exodontia’, a term which he himself has coined. In 1913, he published a large volume on the subject under that name. A revised and much enlarged second edition was printed in 1926 and the title was changed to ‘The Impacted Mandibular Third Molar’. It was the most extensive treatise on the subject profusely illustrated.

The term impaction is of Latin origin coming from the term ‘impactus’. Its general usage is one which designates an organ or structure which because of an abnormal mechanical condition has been prevented from assuming its normal position.

Webster defines an impaction as the wedging of one part into another. The medical dictionaries applying the word to dentistry mention the lodging of a tooth between the jaw bone and another tooth.

Rounds (1962)2 gave an explicit definition of impaction as the condition in which a tooth is embedded in the alveolus so that its further eruption is prevented.

Archer (1975)’ defines impacted tooth as one which is completely or partially unerupted and is positioned against another tooth or bone or soft tissue so that its further eruption is unlikely.

The definition given by Lytle (1979)4 is closely related to that of Archer. Impacted tooth is one that has failed to erupt into normal functional position beyond the time usually expected for such appearance. Eruption is prevented by adjacent hard or soft tissue including tooth, bone or dense soft tissue.

Andreasen et al (1997)’ defines impaction as a cessation of the eruption of a tooth caused by a clinically or radiographically detectable physical barrier in the eruption path or by an ectopic position of the tooth.

Teeth develop with in the alveolar bone. After the crown formation is complete, the root begins to form and active eruption moves the tooth towards its functional position inside the mouth. Tooth eruption is thus defined as the movement of a tooth from its site of development within the alveolar bone to its functional position in the oral cavity. During the eruption process, movement of the tooth occurs in all three dimensions and at the same time there is an increase in its size and that of the alveolar bone. Even though eruption of tooth is a continuous process, it can be arbitrarily divided into the following six stages (Fig. 1.1):

It can be noticed that even after achieving occlusion, a slow but continuous eruption occurs through out the lifetime. The normal eruption of the tooth can be interfered at any of the stages from one to four and an impaction will result.

Although a number of theories had been put forth by various authors to explain the eruption of tooth, none of these theories alone can explain the journey the tooth makes in its lifetime. However, root elongation, alveolar bone remodeling and periodontal ligament formation explain tooth eruption most convincingly. Table 1.1 shows the various eruption stages, the possible related eruption mechanisms /theory explaining eruption and the anatomical structures resisting eruption.

•An unerupted tooth is a tooth lying within the jaws, entirely covered by soft tissue and partially or completely covered by bone. It is in the process of eruption and is likely to erupt based on clinical and radiographic findings.

•A partially erupted tooth is a tooth that has failed to erupt fully into a normal position. The term implies that the tooth is partly visible or in communication with the oral cavity.

•A malposed tooth is a tooth which is in an abnormal position in the maxilla or in the mandible.

•An impacted tooth is a tooth which is prevented from completely erupting into a normal functional position. This may be due to lack of space, obstruction by another tooth, or an abnormal eruption path.

•Primary retention occurs in syndromes where osteoclastic resorption is deficient such as cleidocranial dysplasia and osteopetrosis.

•Secondary retention relates to a cessation of eruption of a tooth after emergence, without a physical barrier in its path or ectopic position of the tooth. Clinically it appears as an in eruption subsequent to emergence.

•Clinical emergence is the condition when the tooth has pierced the mucosa.

•Alveolar emergence is the piercing of the alveolar bone seen in a radiographic image. 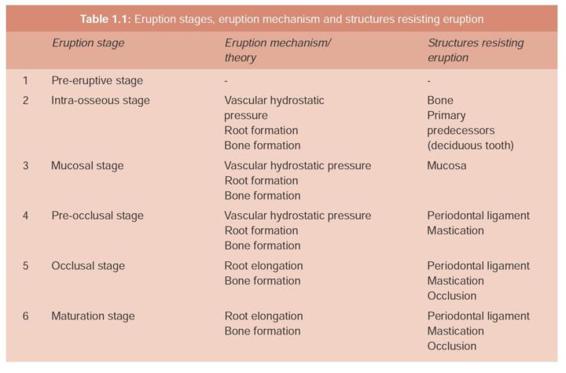 Obstruction of the Eruption Pathway

This can be considered under the following headings:

The diagnosis of the nature of obstruction to eruption pathway is by clinical and radiographic examination. Once the etiology is established, the treatment principle is to eliminate the cause and thereby permitting the tooth to erupt normally.

1. Lack of eruption space (Crowding): In this situation an ortho/>

Tags: A Practical Guide to the Management of Impacted Teeth
Jan 12, 2015 | Posted by mrzezo in Oral and Maxillofacial Surgery | Comments Off on 2. Why Teeth Get Impacted?
Premium Wordpress Themes by UFO Themes
WordPress theme by UFO themes