Arrangement of the Dentition

During the intertransitional period, the dental arches consist of the permanent incisors, deciduous canines, deciduous molars, and first permanent molars (Fig 4-1). In the maxilla, the incisors are labially inclined. In addition to the central diastema, there are frequently other diastemata in the maxillary anterior region. Initially, there is often some space between the second deciduous molars and the first permanent molars. In the mandible, the incisors are less labially inclined than in the maxilla with fewer diastemata. The incisal edges of the four mandibular incisors are at the same level. In the maxilla, the edges of the central incisors are slightly more occlusal than the lateral ones. The overjet is greater than in the deciduous dentition and also greater than when the permanent dentition is complete and jaw growth concluded.1 In both jaws, the crowns of the not-yet-emerged permanent canines limit space for the roots of the incisors. The initially lingually positioned mandibular lateral incisors have moved labially and are aligned in the dental arch. Rotations of mandibular incisors are partially or fully corrected through pressure of the tongue and lips, provided that space was available. 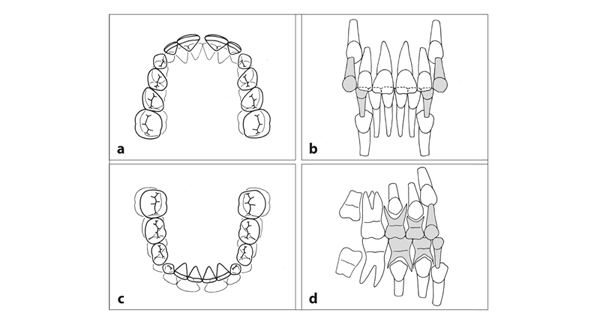 Fig 4-1 The dentition in the intertransitional period. (a) The maxillary teeth are arranged in an arch. There is a diastema between the central incisors. These teeth are sometimes in contact with the lateral ones, but in most cases they are not. There are often diastemata distal to the lateral incisors. (b) The four maxillary incisors occlude with the six mandibular anterior teeth. The roots of the lateral incisors converge apically, to a greater extent in the maxilla than in the mandible. (c) The mandibular teeth are also arranged in an arch. There are few diastemata, except distal to the deciduous canines, in which the maxillary deciduous canines fit. (d) There is less room for the permanent canines and premolars in the maxilla than in the mandible. The second permanent molars are located posteriorly to the first permanent molars. Their occlusal surfaces are oriented distobuccally in the maxilla and mesiolingually in the mandible.

The sharp cusp tips of the deciduous canines have disappeared. Occlusal and approximal surfaces are worn off. Contact points are flattened and mesiodistal crown dimensions are reduced. Except when the first permanent molars are in full intercuspation, the occlusion is less fixed than shortly after the deciduous molars started to occlude and also less than in the later phase when opposing premolars interlock. The slightly anterior movement of the mandibular teeth in relation to the maxillary teeth, associated with the differential anterior growth of the jaws, is not hindered by the occlusion. In modern times, attrition of teeth is limited. However, under primitive living conditions requiring intensive chewing, tooth wear was excessive, particularly when the food contained abrasive material such as sand. Hunter supposed in 1771 that deciduous molars have wider crowns than their successors because otherwise insufficient room would remain in the dental arch for the premolars.2

During the intertransitional period, the root formation of the emerged and not-yetemerged permanent teeth continues. The space for the elongation is created by vertical growth of the jaws and an increase in height of the alveolar processes.

Characteristic for the intertransitional period is the dominance of the permanent incisors in the face, particularly the maxillary central incisors. Their crown dimensions are intended to fit harmoniously in the larger adult face. In a comparable way, the size of the deciduous incisors is more appropriate to the dimensions of the face of an infant than that of a 6-year-old.

The fact that the permanent incisors are not in the correct position prior to emergence, as deciduous incisors are, is related to the phenomenon that these teeth are formed in a region that is not intended for the temporary housing of their crowns but to provide the space needed for their roots in the future. This explains the typical arrangement of the permanent incisors following their emergence, particularly in the maxilla. This condition, called the “ugly duckling” stage by Broadbent, is temporary and not deviant.3

Arrangement of Teeth at the Beginning of the Intertransitional Period

A skull at 8 years, representing the beginning stage of the intertransitional period, is shown in Fig 4-2. The buccal alveolar bone is removed, allowing insight into the arrangement of the not-yet-emerged permanent teeth and their relationship with the deciduous teeth. In Fig 4-3, various perspectives of the teeth as they were positioned within the jaws are shown. 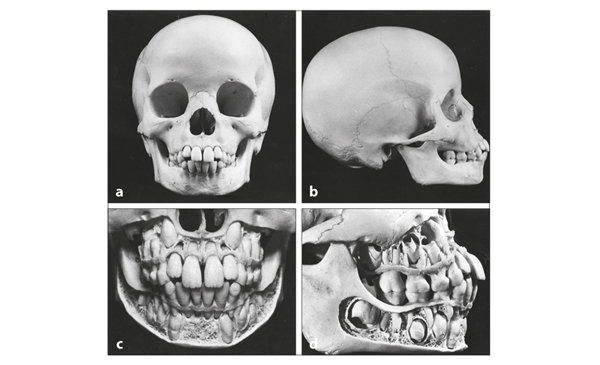 Fig 4-2 Skull at 8 years, at the beginning of the intertransitional period. (a) The permanent incisors, particularly the maxillary central ones, are large in comparison with the rest of the skull. (b) In this specimen, the incisors in both jaws are more labially inclined than normal. The flush terminal plane of the deciduous dentition hinders optimal intercuspation of the first permanent molars. (c) After removal of the buccal alveolar wall, it becomes clear that the maxillary permanent canines are located high, adjacent to the piriform aperture. (d) In the maxilla, only limited room is available for the developing permanent canines and premolars. There is adequate room for those in the mandible. 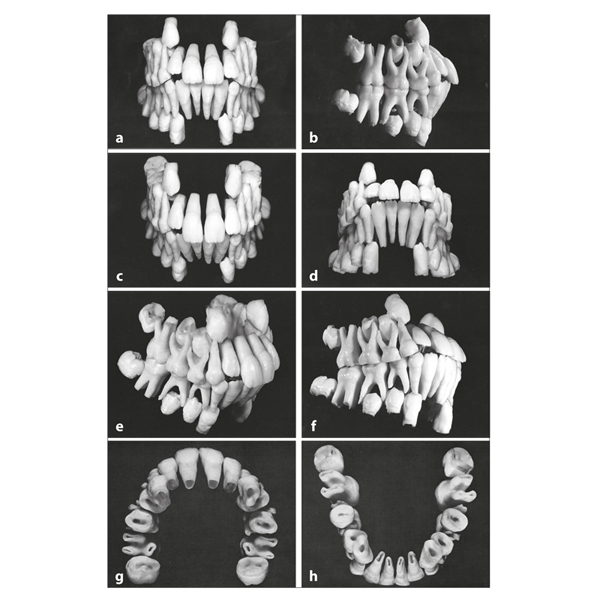 Fig 4-3 The teeth arranged as they were positioned in the jaws. (a) The permanent ca/>