Premature loss of deciduous molars due to caries happens twice as often in the mandible as in the maxilla.3–7 Deciduous canines are somewhat resistant to decay, as are deciduous incisors, which are present in the mouth only a relatively short period of time. Decayed deciduous molars can lose part or all of their crowns. Complaints of pain are often the reason for their removal. Infections are an indication for extraction, especially because they can affect succeeding teeth. Deciduous teeth with a nonvital pulp can cause large, purulent periapical infections. In contrast with permanent teeth, no fibrous encapsulation of the abscess takes place in deciduous teeth. Hence, successors can be damaged, and abnormal shapes, hypocalcifications, and caries lesions can result.8–10

The effects of premature loss of deciduous teeth are predictable and can be well estimated. The occurrence of migrations after premature loss of deciduous teeth depends on which tooth is lost as well as on the occlusion.3,11–14 These migrations are greater and happen more quickly in the maxilla than in the mandible.3,15,16 Furthermore, migrations in the maxilla are mainly limited to mesial movement and rotation of the first permanent molar. In the mandible, teeth mesial to the lost tooth have a greater tendency to move distally.15

Tongue and buccal musculature also play an essential role,3,5 and the timing of the loss is relevant.12,17 Loss long before the time of emergence of the successor leads to its delayed emergence; loss shortly before emergence has an accelerating effect.19 Moreover, loss of deciduous teeth at an early age has more negative sequelae than loss occurring later. Migrations of adjacent teeth take place mainly in the first 6 months after the premature loss.18

It is important to emphasize that the loss of space is often limited and of little relevance to the development of the dentition.11–14,20–22 In addition, in the mandible some of the lost space can be regained at the end of the second transitional period.23

With the eruption and emergence of a maxillary central permanent incisor, the root of the adjacent lateral deciduous incisor can resorb, and the crown can exfoliate (Fig 16-2b). In unilateral premature loss of a maxillary lateral deciduous incisor, the deciduous canine on that side will not displace distally and buccally during the eruption of the central permanent incisor; in bilateral loss, this phenomenon will occur on both sides. 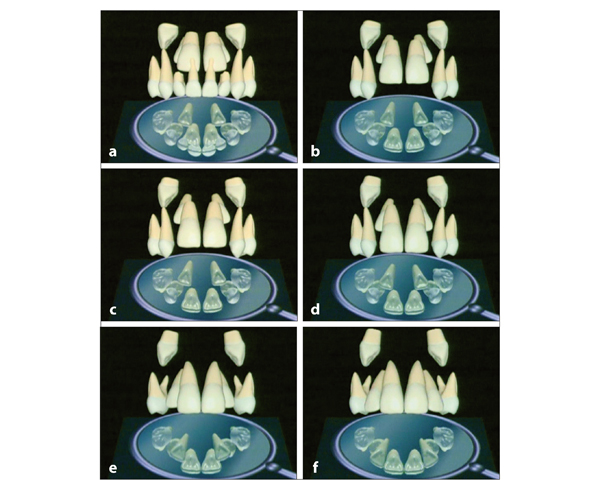 In a comparable way, the eruption of maxillary lateral permanent incisors can lead to premature loss of deciduous canines (Figs 16-2c and 16-2d). If this happens only on one side, the incisors will migrate in that direction. Consequently, insufficient space remains there for the maxillary permanent canine, which will emerge buccally. If both deciduous canines are lost prematurely, both permanent canines will be outside the dental arch. 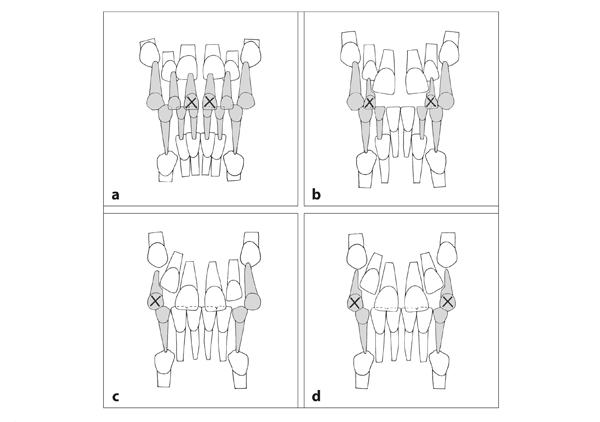 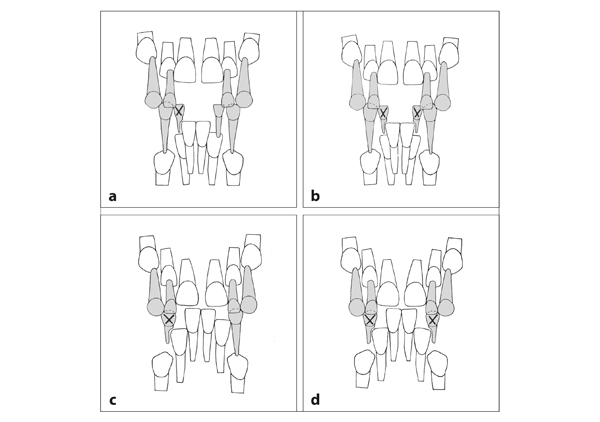 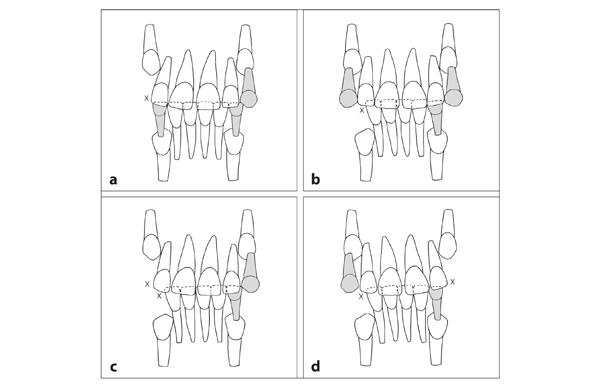