This chapter focuses (alphabetically) mainly on medical issues related to ethnic and cultural groups, homeless people, immigrants, people in custodial institutions, refugees and asylees, Roma, sexual minorities and socioeconomically deprived people. The importance of ‘protected characteristics’ as defined by the Equalities and Human Rights Commission are noted in Chapter 2 (www.equalityhumanrights.com/advice-and-guidance/new-equality-act-guidance/protected-characteristics-definitions/).

This section tabulates some of the main aspects (Table 30.1). Population mobility increases inexorably, leading to enormous changes in the structure of many populations across the world. This is especially evident in the developed world and as a consequence of conflicts and climate change. 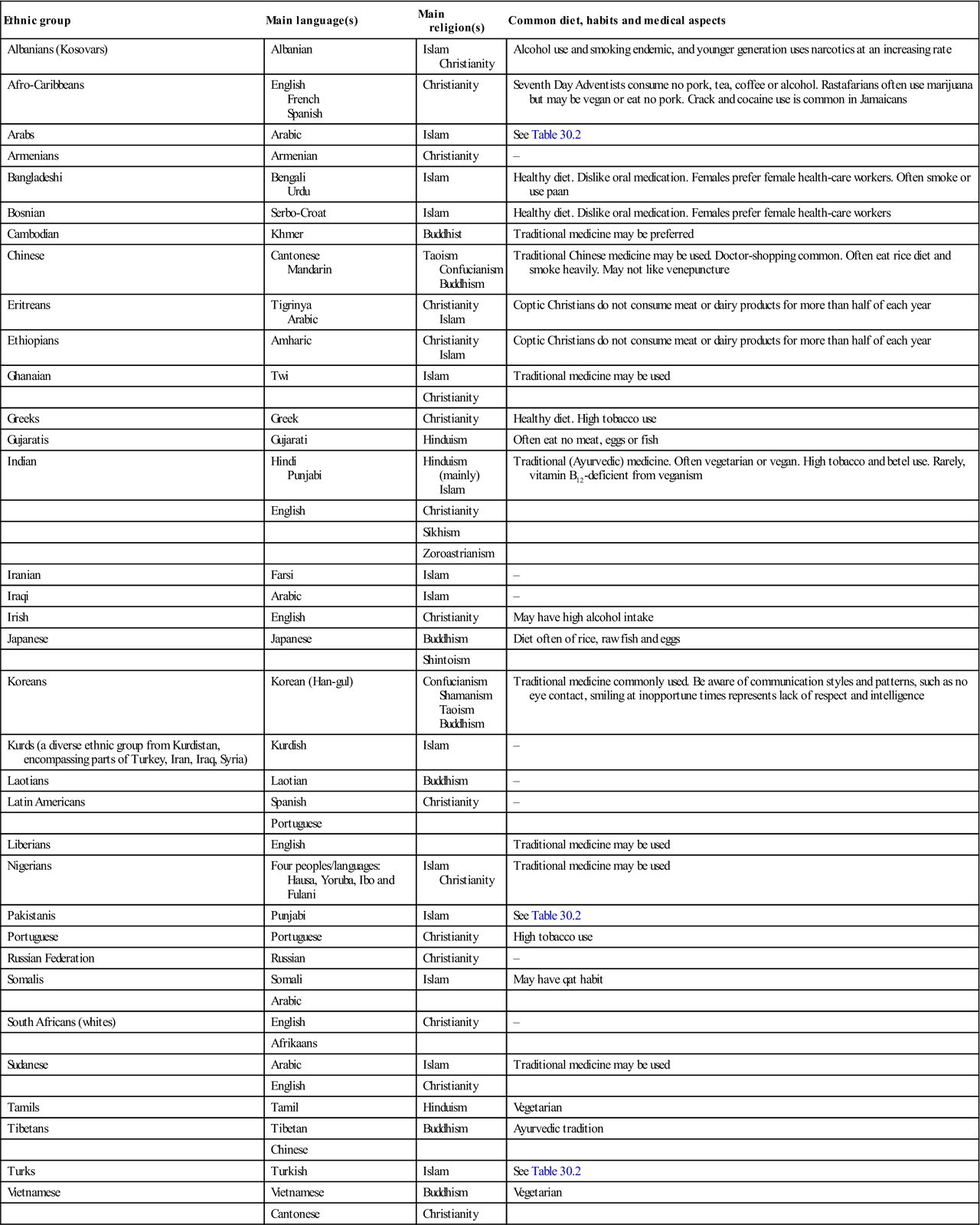 For example, by 2011 almost 1 in 8 people living in the UK were foreign-born. The proportion of the UK population born outside Europe reached 10% overall, with large regional variations from, for example, 3% in the far south-west to 30% in East London. Ongoing expansion of the European Union is producing major changes, as are conflicts and economic issues worldwide. Some of these people fall into one or more of the groups below.

It is difficult to characterize all the different faiths and cultures, since differences exist according to social class, background, ethnicity and other factors, but Table 30.2 attempts to highlight some relevant aspects.

aIt is impossible to generalize; always consider the individual and their wishes and needs. See also Table 30.1.

Communication is crucial between dental professionals and patients from different faiths, cultures and countries. Professional interpreters may therefore be required.

Homeless people and those who live in poor accommodation tend to have more illness, mainly due to exposure, inadequate diet, inadequate hygiene, stress, violence, accidents and exposure to communicable diseases and drug abuse (Fig. 30.2). Mental health problems, including psychotic illness, depression and anxiety, alcohol addiction or injecting drug use, are common. There are high rates of blood-borne and other infections, such as hepatitis B and C, and human immunodeficiency virus (HIV), all of which can be associated mainly with drug use and neglect of health. Tuberculosis is common (Ch. 15). Most report negative oral health impacts, having caries and inflammatory periodontal disease; over half have current orofacial pain. Additional oral health impacts include difficulty with eating, smiling, concentrating and talking. Dental anxiety status is related to dental disease experience, which impacts negatively on quality of life. Various studies have confirmed that few had dental care in the previous year.

The problems, summarized in Table 30.3, serve to perpetuate homelessness and impede access to health care. There is a need to provide more accessible and affordable health services to homeless people. 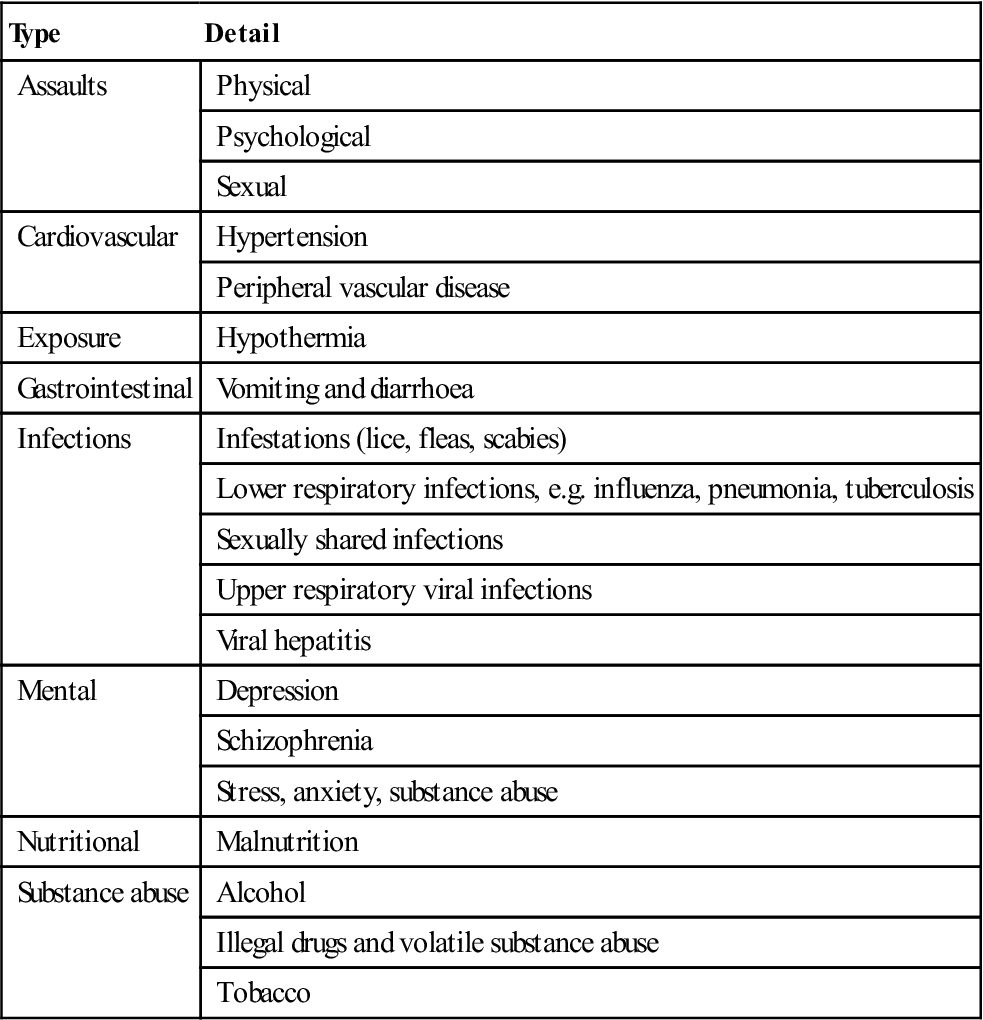 aOften multiple or complex problems, over and above the problems afflicting others, and poor access to health-care services.

Immigrants and refugees can arrive from diverse social, economic, educational, cultural, religious and ethnic backgrounds for a variety of reasons: to seek work, education or economic advantage; flee war, political upheaval or persecution; or join families from which they have been separated. Many arrive with inadequate resources and suffer social exclusion and inequality of health-care provision. The acute phase following immigration, particularly from the developing world, war zones and tropical regions, attracts most concern (Table 30.4/>