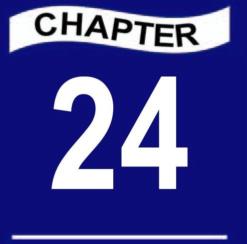 Impacted or malpositioned canines with a favorable root pattern (without hooks or sharp curves) can be tried for transplantation in the dental arch. This is done utilizing the socket of deciduous canine or first premolar, depending on the space available.

Autotransplantation could be Recommended When

Interceptive measures are inappropriate or have failed.

The degree of malposition is too great to make orthodontic alignment feasible.

Adequate space is available for canine.

The prognosis is good for the tooth to be transplanted and it can be removed atraumatically.

There is no evidence of ankylosis of canine.

However even in experienced hands, it can fail and there could be rejection, resorption, or ankylosis of the transplanted tooth. The procedure of transplantation is described in the following case report.

Case report: An 18-year-old girl reported with complaints of retained left upper deciduous canine and unerupted permanent canine (Fig. 24.1A). Intraoral periapical X-ray showed retained left maxillary canine and impacted 23 (Fig. 24.1B). Surgical removal of 23 was planned under local anesthesia. The patient was informed regarding the option of reimplantation of 23 following its removal. The patient readily agreed for the procedure. After raising a mucoperiosteal flap (Figs 24.1C and D) />

Tags: A Practical Guide to the Management of Impacted Teeth
Jan 12, 2015 | Posted by mrzezo in Oral and Maxillofacial Surgery | Comments Off on 25. Unerupted and Impacted Supernumerary Teeth
Premium Wordpress Themes by UFO Themes
WordPress theme by UFO themes