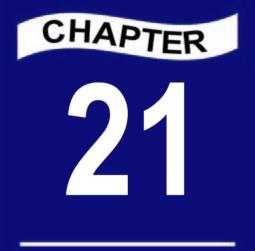 Impacted maxillary canines which are in an unfavorable position to bring into normal occlusion should be removed earlier rather than later as the difficulty for removal increases with age and also as the damage done by the tooth to the adjacent structures can be minimized.

1.Change in position of adjacent teeth due to the impacted tooth in unfavorable position

2.Resorption of roots of adjacent teeth.

4.Teeth in the alveolar cleft in cleft palate patients, if the tooth cannot be aligned orthodontically after bone grafting.

7.Prior to orthodontic treatment if it can hinder the movement of other teeth.

8.Lack of motivation of the patient or lack of facilities for orthodontic alignment.

In cases where the primary canine is left following extraction of the permanent successor it is not possible to predict how long the primary canine will remain intact. Little research has been carried out on this aspect. In the event of the primary canine becoming unsightly or being lost it could be replaced with fixed or removable prosthesis.

Due to the close proximity of impacted maxillary canine to the adjacent central incisor, lateral incisor and premolar there is a danger of injury to these teeth. Injury to the above teeth can occur either during bone removal, or during sectioning or during elevation of the impacted cuspid.

In the majority of cases the impacted canine is separated from the maxillary sinus and nasal cavity by a thin plate of bone (Fig. 21.1). Rarely this bone may be absent. Hence, in such cases there is a possibility of pushing the impacted tooth or the sectioned root into the maxillary sinus. It is also not uncommon to have the possibility of creating an oro antral communication and the resultant postoperative nasal bleeding even if the tooth has been removed successfully. Postoperative infection of the maxillary sinus can be avoided in such cases by following strict asepsis. 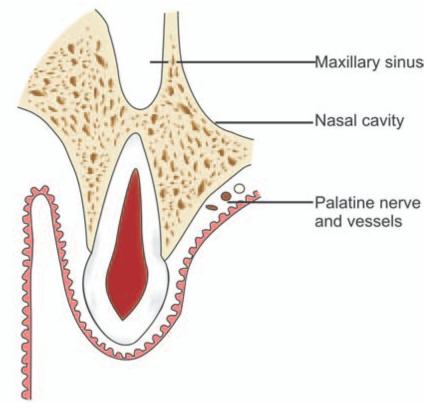 Fig. 21.1: Surgical anatomy of maxillary canine area. Note the close relationship of the root of the impacted canine to the floor of the maxillary sinus and nose

Most impacted maxillary canine roots have a pronounced curvature at the apical third of the root. Very often this is not visible in the radiographs. In cases where resistance is encountered in the removal of a tooth or a sectioned root which is otherwise adequately mobilized, the possibility of extreme root curvature should be thought of. Removal of a fractured apical third of the root is a difficult procedure.

As the age advances, the bone becomes more sclerosed and its removal especially that of the palatal bone becomes more difficult. This in turn prolongs the operative time as well as increases the possibility of development of complications both intra operatively and post operatively. Hence it is always ideal to remove impacted canine at a younger age when the bone is more elastic. Asymptomatic impacted canine in older individuals may be left as such with periodic review.

Like in any other surgical procedure, a proper history has to be taken. Clinical and radiographic examination is then done and the position of the tooth localized.

The patient should be in a reclining position with the head bend back, which helps in direct vision of the palate.

a.The usual approach is by using a mucoperiosteal flap reflected following an incision along the gingival sulci on the palatal side. The incision starts from the first premolar on the same side and extends up to the lateral incisor or up to the pre molar of the opposite side depending upon the position of the impacted tooth (Figs 21.2 A to F).

If the cuspids are impacted bilaterally and are close to the midline, the incision should always extend from the first premolar on one side to the first premolar of the opposite side (Figs 21.3A to 21.4K). This is important because if a double flap is elevated to avoid injury to nasopalatine neurovascular bundle, the tissues left in the midline is easily traumatized and sloughs eventually. By elevating a single palatal flap sloughing is avoided and at the same time there is adequate visualization. The only problem encountered is brisk hemorrhage from the nasopalatine vessels which can be controlled by pressure pack or by electrocautery.

b.Instead of placing the incision in the gingival sulcus, an incision can be made above the attached gingiva, leaving at last 0.5 cm of it. This incision is not commonly employed.

c.If the tooth is only on one side, instead of carrying the incision over to the opposite side, a vertical incision can be given in the mid palate (Figs 21.5A to 21.6N).

However in such cases suturing after the procedure may be difficult and the chance of traumatisation of the flap is more in the last two methods, especially for the beginners.

The mucoperiosteal flap is reflected to expose the palatal bone and the tooth. The nasopalatine vessels and nerve can be divided if needed for sufficient exposure and firm pressure is usually sufficient to stop the bleeding.

The crown of the tooth may sometimes be visible, or a bulge may be felt. Bone is removed around the area with a chisel or bur or using both, taking care not to damage the roots of the adjacent teeth. Once sufficient bone is removed, a groove is made on the mesial side. An elevator is introduced in the groove and the tooth is luxated. Once the crown moves out, it can be grasped with an upper anterior or premolar forceps and removed. A certain amount of torsion may be needed to disengage the apex of the root which is often curved.

If the tooth is resistant to elevation, more bone is removed to enlarge the opening. If there is still obstruction to the movement of the crown, the tooth may need to be sectioned (odontotomy). This is accomplished with a straight fissure bur. The crown portion is first removed. Some amount of the remaining root should be visible and if not, bone is removed to expose the root. A bur hole is placed in the root close to the bony margin and the root is elevated into the space created by removal of the crown portion. 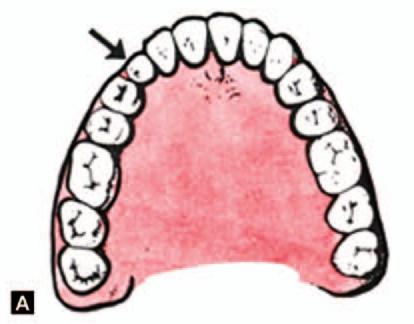 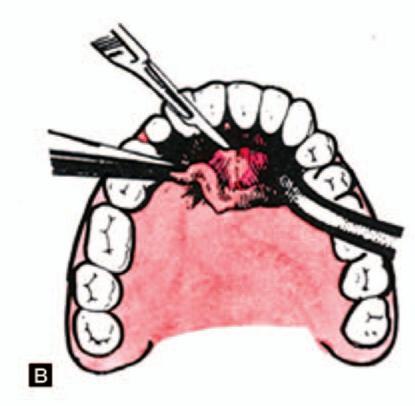 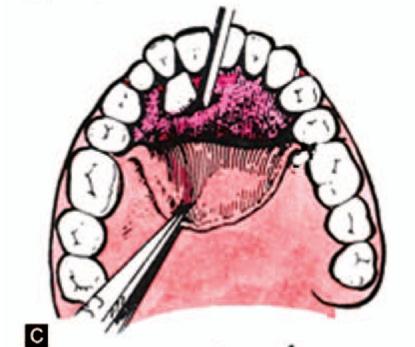 Tags: A Practical Guide to the Management of Impacted Teeth
Jan 12, 2015 | Posted by mrzezo in Oral and Maxillofacial Surgery | Comments Off on 22. Removal of Labially Positioned Impacted Maxillary Canine
Premium Wordpress Themes by UFO Themes
WordPress theme by UFO themes