The content of this chapter serves to support the various topics covered in the preceding chapters and to present statistical data in a compact and easily accessible format.

The data in this chapter have been selected and compiled from results of studies carried out mainly in Western countries. The data presentation starts with the formation, eruption, and emergence of the deciduous teeth, followed by that of the permanent teeth. The correlations in crown widths among individual teeth in both dentitions and between the deciduous teeth and their successors are presented. Dental arch dimensions, the size of the overjet and overbite, and molar occlusion are shown from 3 to 18 years of age in tables and graphs. Information on the variation in inclination and angulation of teeth in adults is provided. Finally, the prevalence of agenesis and malocclusions is given.

A comparison of findings from various published studies is complicated by differences in design, data collection, and presentation of results.1 For example, most information on times of emergence of deciduous teeth is derived from observations in clinics for babies and small children and from notes made by mothers.2 The data collected in this way are more precise than those derived from annually prepared dental casts. Dental casts have served to provide information not only on times of emergence of permanent teeth but also on changes in dental arch dimensions and occlusion. In some studies, only children with normal occlusion were included. In other studies, this selection criterion was not or only moderately used.

The most valuable information is obtained with longitudinal growth studies, followed by those with overlapping cohorts (mixed longitudinal). Sometimes it is more practical to collect data only once from a very large sample (cross-sectional). The data presented in this chapter come from all three types of studies.

Formation and Emergence of Deciduous Teeth 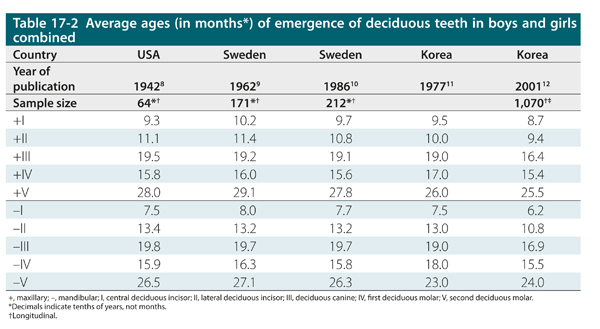 Formation and Emergence of Permanent Teeth 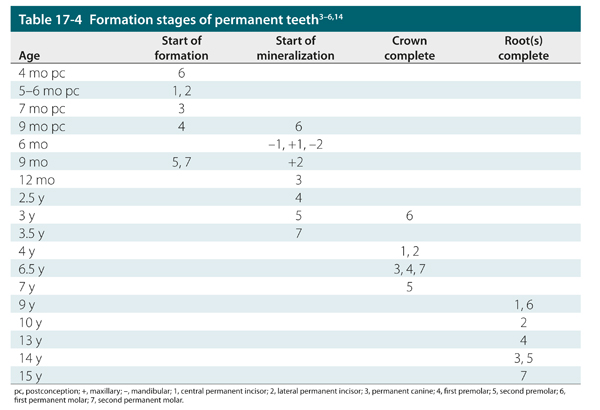 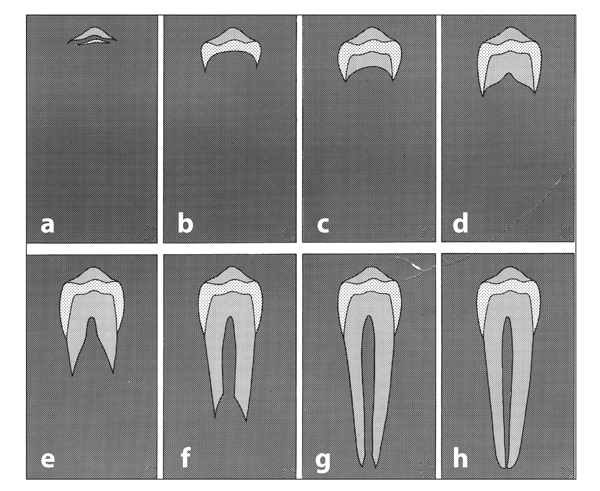 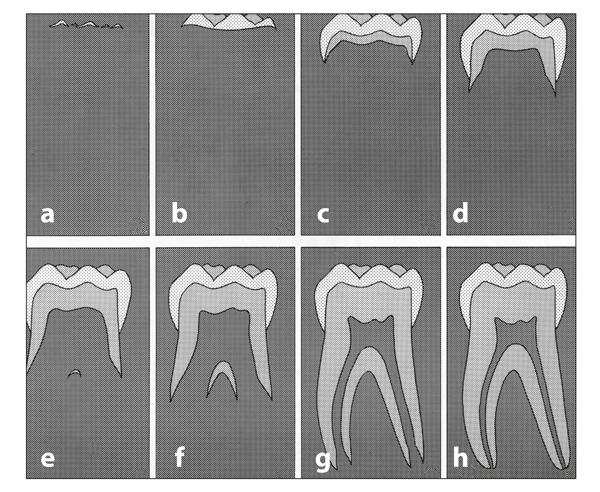 Fig 17-4 (a to h) Eight stages of formation of a mandibular first permanent molar.7,15 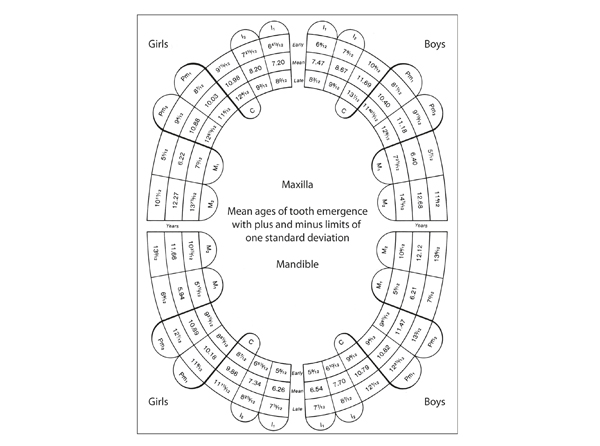 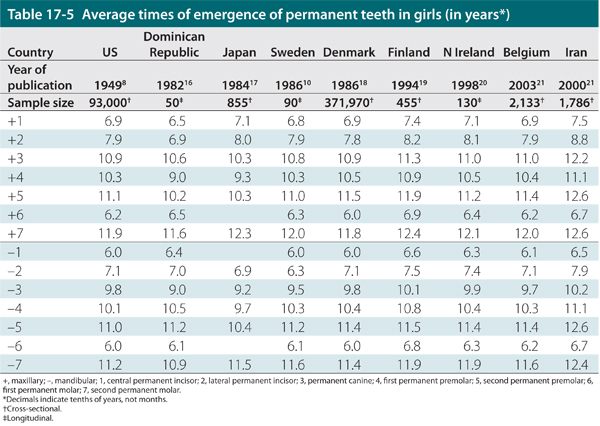 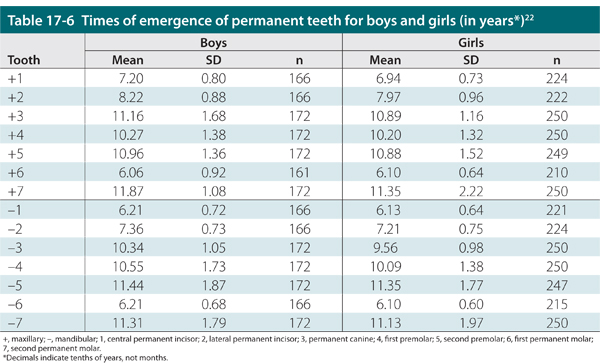 Table 17-7 shows variations in the sequence of emergence of permanent teeth. Striking is the large variation found in the population of 174 children; however, in almost all children, the first permanent molar was the first tooth to emerge in both jaws (indicated by a 1 in the 6th place). A larger variation in times of emergence was recorded for the maxilla than for the mandible, particularly for the canines and premolars. 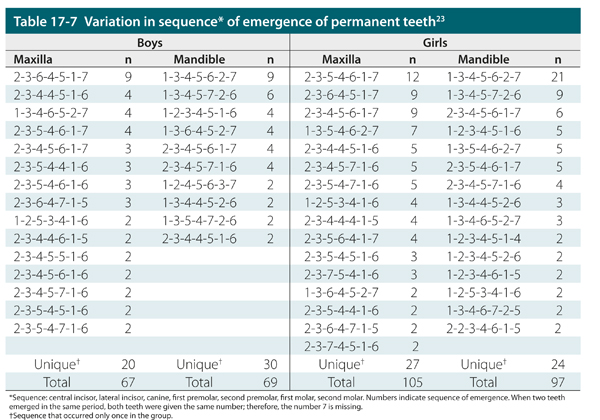 The correlation in times of emergence among mandibular permanent teeth in girls is shown in Table 17-8. The highest correlation in times of emergence is between central and lateral incisors. It is high also between the first and second molars. The rate of eruption after emergence is illustrated in the increase in clinical crown heights (Figs 17-8 and 17-9). The mesiodistal crown dimensions of both dentitions are shown in Table 17-9. There are no differences between boys and girls in the width of deciduous teeth; however, boys have wider permanent tooth crowns than girls, particularly for canines and molars. 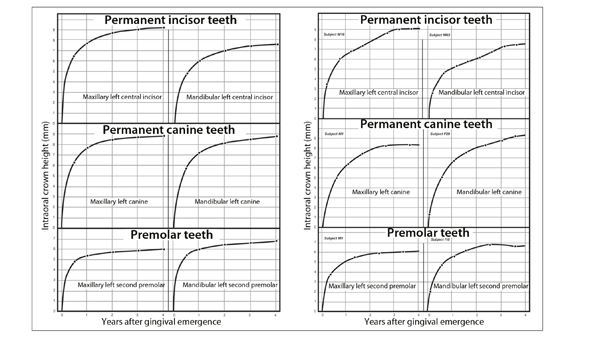