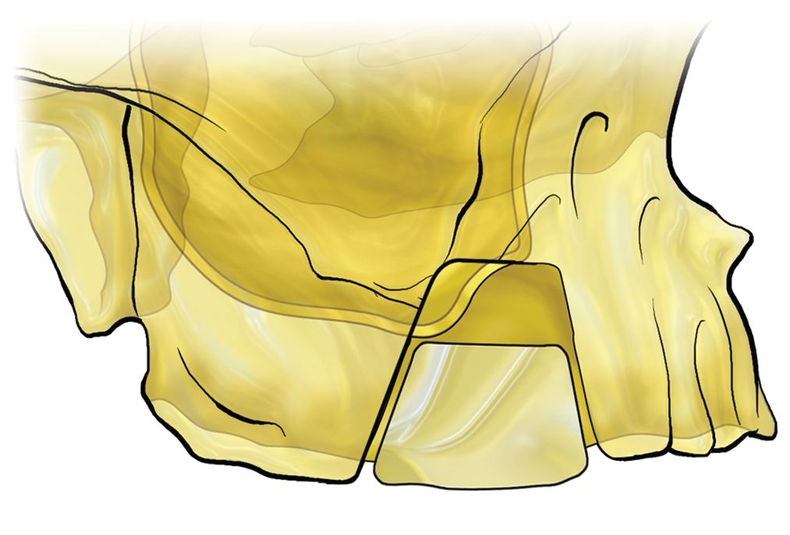 Ahelpful aid in establishing osteotomy requirements and subsequent implant angulations for osteoperiosteal flaps is stereolithography.1–3 Stereolithography, the most widely used method of rapid prototyping technology, is most commonly used in the production of anatomic models that are extremely useful for tactile, hands-on treatment planning for alveolar surgical modification of edentulous sites for dental implants.

Rapid prototyping is the most common name given to a host of related technologies that are used to fabricate physical objects directly from computer-aided design data sources. These methods are unique in that they add and bond materials in layers to form objects. Such systems are also known by the names additive fabrication, three-dimensional printing, solid freeform fabrication, and layered manufacturing. Today’s additive technologies offer advantages over classical subtractive fabrication methods, such as milling or turning, in many applications:

Since 1987,4–15 anatomic facsimile models of patient skulls, based on computed tomographic (CT) data, have been used for preoperative model planning and simulation surgery. The first such models were created by a milling machine that cut away a solid block into simple contours without undercuts. In most cases, this computer-aided manufacturing is performed on easily workable materials, such as plastics or polyurethane foam, using a multiaxial computer-controlled milling machine. 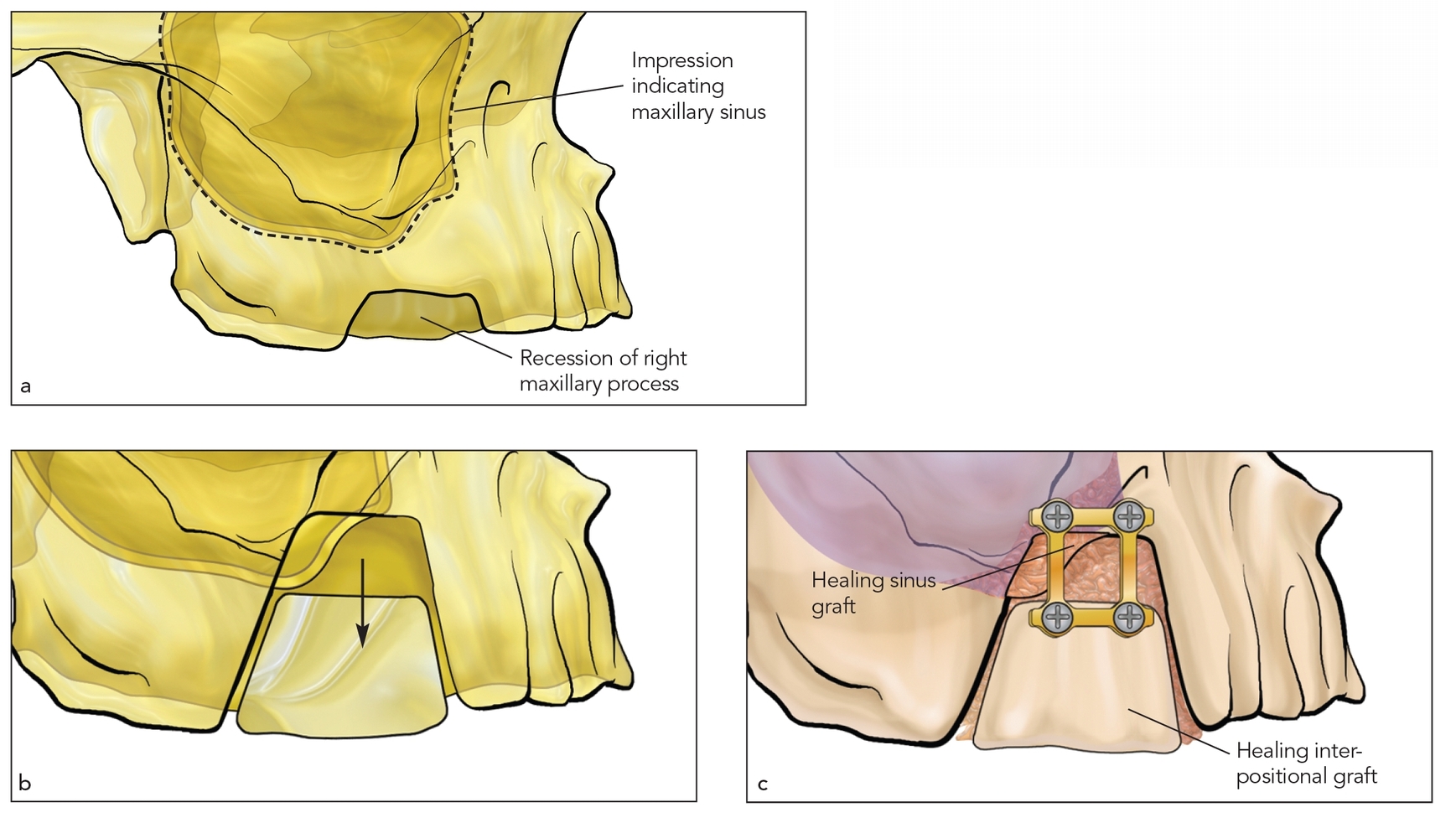 Fig 16-1 A rapid prototype stereolithographic model provides a tactile representation of CT-derived data. A maxillary bone deficiency is first treated on the model, as in orthognathic surgery preplanning, to guide the surgeon in advance of the clinical procedures.

Milling technology has significant limitations, however. Complex anatomic structures of the orbit and mid-face, including canals, suture lines, and foramina, are beyond the capabilities of the milling process. In addition to complex structures, milling technology cannot create closed structures, such as sinuses. The use of soft, porous, polyurethane foam may make it difficult to practice surgical techniques in a realistic fashion, and using the model as a template for creating custom-fit prostheses may be difficult.

At the beginning of the 1990s, a new technique to fabricate models was introduced. With stereolithography, laser lithography, or laser technology, an ultraviolet laser beam was used to selectively solidify a photocurable, clear liquid acrylic resin, layer by layer, to produce a skull replica. Transparent, high-precision anatomic facsimile models could be fabricated, reproducing thin bony layers and closed cavities. In preoperative model planning and simulation surgery, this technique has been widely used in the fields of craniofacial surgery, tumor surgery, craniomaxillofacial reconstructive surgery, orthognathic surgery, preprosthetic surgery, and dental implants.

The first stereolithographic patient model was created in 1990. Mankovich et al6 utilized stereolithographic modeling in the treatment of a patient with severe craniofacial deformity. Stereolithography models, mounted on an articulator with the appropriate vertical dimension and occlusal relationship, help the surgical prosthetic team identify and address alveolar deficiency or malrelationships.16 Because only hard tissue elements are present, any deviation from the alveolar plane is easily observed.17

The use of segmental osteotomies, when applicable, can then be simulated with model surgery similar to orthognathic surgery planning.18–20 The alveolar plane must be leveled before implant placement sites are established (Fig 16-1). As a rule, when a sandwich osteotomy is used to correct the alveolar plane, segmental elevation of the alveolar crest is limited to about 5 mm for smaller segments, 21 but elevation of up to 10 mm is possible when segments are larger.22 For alveolar split sites, 3- or 5-mm gains in width are maximal, unless an entire sextant of alveolus is approached (see chapter 14).

One important advantage of preoperative model surgery is the establishment of optimal segment size as well as optimal basal bone dimension. A segment should not be too small or too thin; usually a 5-mm minimum in vertical height and width is optimal for the sandwich osteotomy. In addition, the basal bone must not be reduced to less than 2 or 3 mm to avoid fracture, perforation, or creation of insufficient bone stock for fixation.23–25 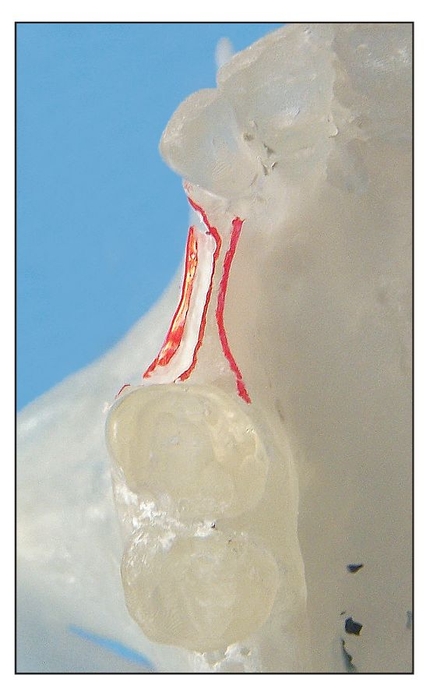 Fig 16-2a The book flap is indicated for narrow alveolar sites. The model is split to determine the ease of splitting a narrow alveolus. 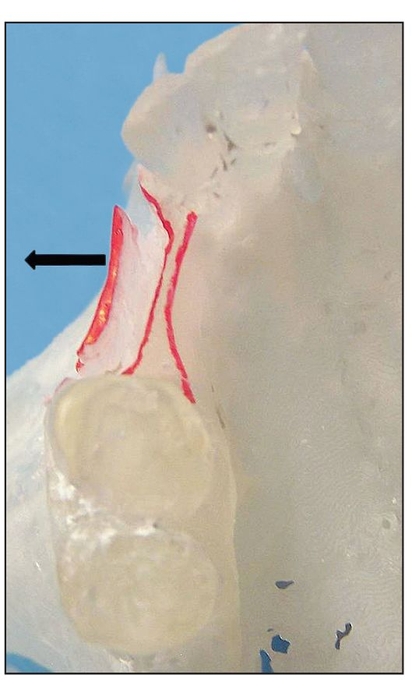 Fig 16-2b A book flap (arrow) is expanded 5 mm to establish alveolar width. 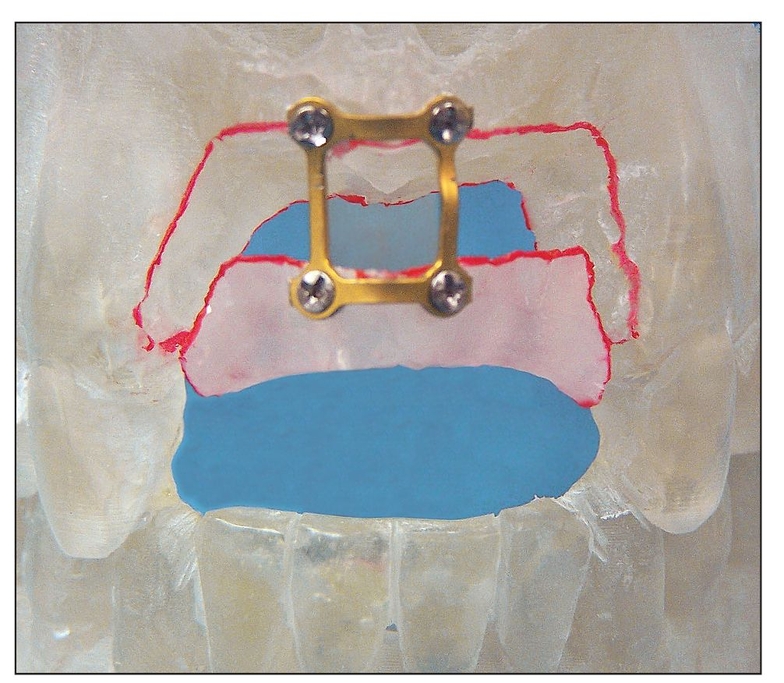 Fig 16-3 For an anterior vertical alveolar defect, a mock sandwich osteotomy is performed to bring the alveolar crest level with the alveolar plane. A 5-mm vertical move is suggested.

If model surgery shows that the planned changes exceed these dimensions, alternative approaches should be considered or compromises should be made in the amount of movement to be performed. Distraction osteogenesis is usually required for sites being moved 10 mm or more.26–28

Once model surgery has been completed, a surgical template that accurately establishes the desired movement is fabricated. However, the surgeon must achieve what is advisable and accept an obtainable result rather than attempt to meet artificial criteria. A guide is only a guide; often, soft tissue pedicles or scar bands limit osteotomy repositioning of alveolar bone.

The true value of stereolithography is visualization of key anatomic structures:

The anatomic alveolar plane is made up of the lingual/ palatal plate and the facial/buccal plate. When these two plates of bone are congruent at the alveolar crest, without deviation, the alveolar plane is said to be level. In dehiscence sites, the palatal plane is almost always normal, but the marginal bone of the facial plate is recessed away from the alveolar crest. I-flap model surgery can help to establish the availability of bone mass and feasibility of i-flap or book flap reconstruction of the facial plate (Fig 16-2; also see chapter 7).

The same approach is used for combined palatal and facial plate resorption treated by sandwich osteotomy, in which the entire segment is moved crestally to be level with the alveolar plane29 (Fig 16-3). Segmental surgical planning is affected by adjacent vital structures more easily visualized with stereolithographic model–based surgical planning. 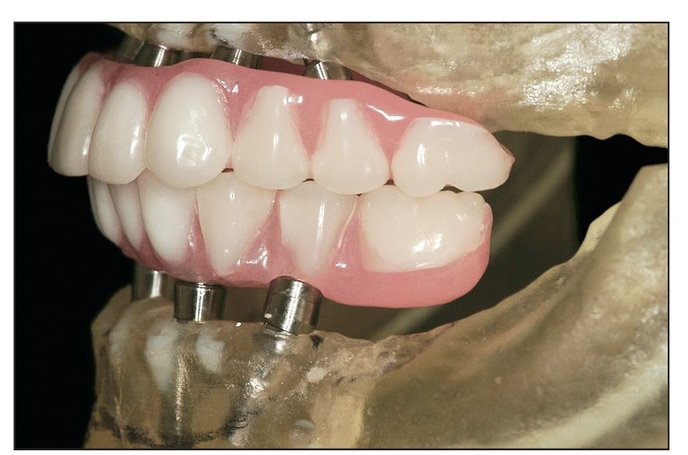 Fig 16-4 Models are used to create stents that will prevent injury to the inferior alveolar nerve during implant placement. 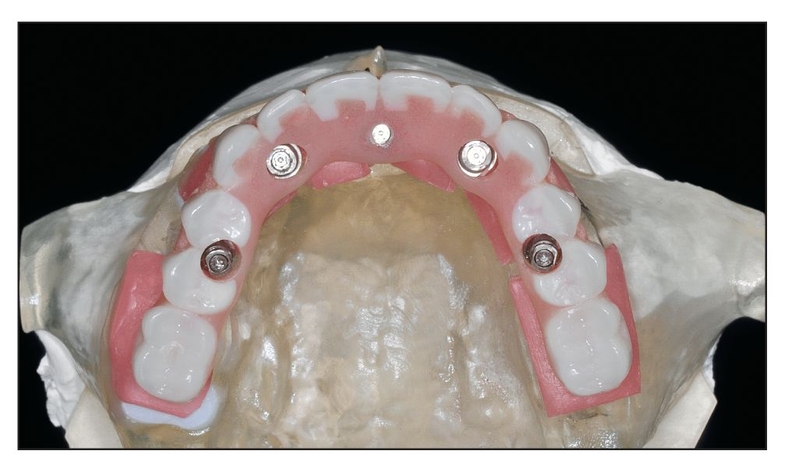 Fig 16-5 When placed by stereolithographic planning, the implants pass through the central occlusal surface of the planned prosthesis wh/>