In dentistry, the prevailing standard is that teeth should be in maximal contact with a solid intercuspation of the posterior teeth in habitual occlusion. However, that is not the reality. Open bites (Fig 14-1), characterized by a lack of overlap of opposing teeth, are not uncommon. Even more prevalent is nonocclusion (Fig 14-2), in which opposing teeth overlap, making no or only limited contact, with no optimal occlusal contacts. 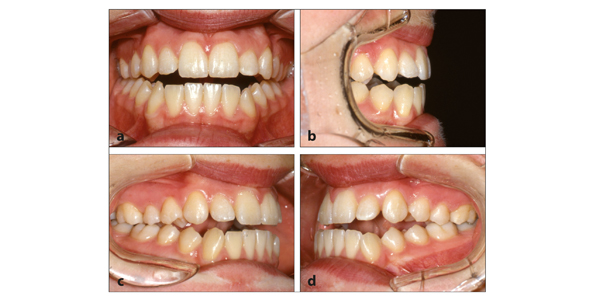 Fig 14-1 Open bite. (a to d) A large anterior open bite extending to the second premolars in a 14-year-old girl.

Fig 14-2 Nonocclusions in daughter and mother. (a) The 13-year-old daughter has complete nonocclusion and an open bite at the maxillary central incisors. (b) The 35-year-old mother has nonocclusion in the anterior, premolar, and molar regions.

Causes of Open Bites and Nonocclusion

Open bites and nonocclusion are usually caused by factors that inhibit and stop eruption and occasionally by a disturbance in the eruption mechanism, eg, ankylosis and primary failure of eruption.

Anterior open bites are fairly common in the deciduous dentition and are mostly caused by digit sucking or pacifier use. The size and location of the open bite depends on the position of the objects in the mouth. If the open bite is caused exclusively by digit sucking or pacifier use, it will disappear spontaneously when the habit is stopped if this occurs prior to or during the transition of the incisors and if the tongue is not positioned at rest in the open space.1–4 The induced protrusion, labial inclination, and asymmetric position of anterior teeth will also dissipate. If the habit is stopped later, improvements, if not full resolution of the problems, still can occur.

The tongue position is primarily genetically determined. The attainment of another position during growth and maturation of the face can be traced back to changes in the size and relations of the various structures involved. However, age-related, genetically encoded alterations in tongue position also play a role. A tongue that initially appears to be large can become less dominant with continued growth of the face. In addition, neuromuscular aspects can change and result in another tongue position. Unfortunately, it is difficult to predict if open bites and nonocclusions will be maintained or disappear spontaneously.

Forms of Open Bites and Nonocclusion

The distinction between an open bite and nonocclusion is somewhat arbitrary but based on whether or not there is vertical overlap of opposing teeth5 (Figs 14-3 to 14-5). Open bites and nonocclusions, whether they occur in the anterior or posterior regions, can be partial or complete and can occur unilaterally or bilaterally (Fig 14-6). The most extreme form is the total open bite or nonocclusion, in which no teeth have optimal vertical contact during swallowing (see Fig 14-2). The tongue is held between all opposing teeth at rest and during swallowing. 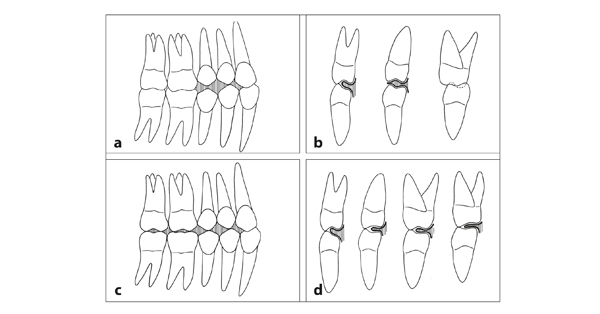 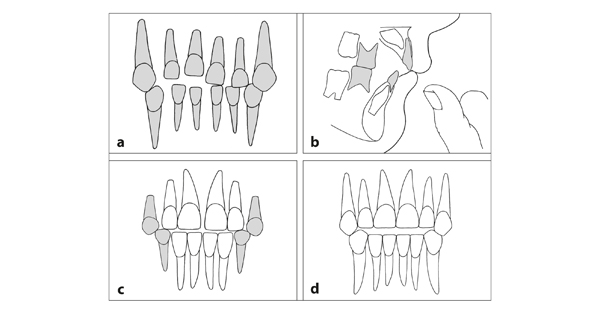 Fig 14-5 Anterior open bites. (a and b) An asymmetric open bite caused by digit sucking is quite common in the deciduous dentition. An open bite caused by pacifier use is symmetric in shape. If the habit is not stopped in due time, the permanent incisors will have a similar position. (c and d) Open bites caused by tongue interposition can vary in extent.