A malocclusion is usually not a pathologic condition but rather a disharmonious combination of variables in the dentition and face that on their own do not exceed the normal range of variation. Individuals with a malocclusion are not sick, have no pain, and mostly do not experience physical discomfort.1 The term malocclusion literally indicates that the occlusion is bad.

For this discussion of the development of Class II, division 1 malocclusions, it is assumed that no abnormalities were initially present in the dental arches. Rather, deviations developed secondary to the distoclusion.

Because the mandibular dental arch position is too posterior in relation to the maxillary dental arch, the latter will have a smaller width than normal. This results in the permanent dentition being housed in a narrower and sometimes more tapering maxillary dental arch. This is not a primary aspect of the Class II, division 1 malocclusion but a secondary effect of the distoclusion.

A comparable phenomenon occurs in the anterior region. Due to the distoclusion, the permanent incisors will not end up in normal, reciprocally supported contact. The mandibular and maxillary incisors will continue to erupt until they are slowed down and stopped by the occlusal contact, lip, tongue, or palate. This results in an enlarged overjet and overbite. Furthermore, the overeruption of the mandibular anterior teeth leads to a deepening of the curve of Spee (Figs 11-1 to 11-9). Note that many illustrations in this chapter are based on a distoclusion of one premolar crown width; however, most Class II, division 1 malocclusions show distoclusion of one-third to two-thirds of a premolar crown width. 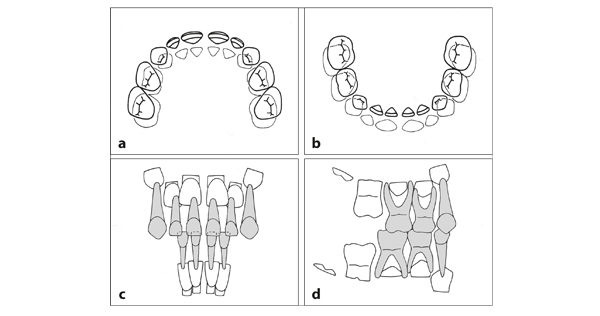 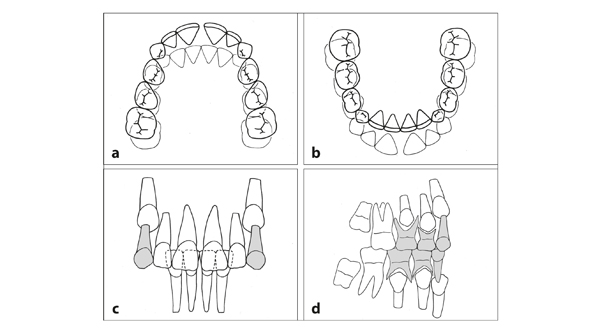 Fig 11-2 Class II, division 1 malocclusion in the intertransitional period (compare with Fig 4-1). (a and b) The distoclusion coincides with an abnormally large overjet, a small and tapering maxillary dental arch, and an adequate transverse occlusion. (c) The permanent incisors erupt until they are vertically supported. There is a large overbite. The ed/>