10 Abnormalities of the Dental Arches

Abnormalities of the Dental Arches

A difference between the needed and available arch length, called arch length discrepancy (ALD), is the most common abnormality of the dental arches. It may manifest as either crowding or spacing. In crowding, the teeth are too large or the dental arch is too small to allow satisfactory alignment of the teeth. In spacing, the opposite situation exists. The terms crowding and spacing apply regardless of whether it is the teeth or the arch (or both) that contribute to the abnormality.

Symptoms of crowding are deviating tooth positions such as rotated and overlapping teeth, tooth emergence inside or outside the dental arch, and impaction due to lack of space (Fig 10-1). Crowding is rare in the deciduous dentition but quite frequent in later phases of development. In adults, crowding in the mandibular anterior region is not uncommon.

Crowding is distinguished into three types: primary, secondary, and tertiary.1 Primary crowding refers to the crowding caused by the genetically determined size discrepancy between the teeth and the jaw that contains them. Secondary crowding is the shortage of space that can manifest after extraction of deciduous teeth through migration of neighboring teeth into the open space. It also includes crowding caused by deviating functional conditions. Tertiary crowding refers to irregularities developing in the mandibular—and sometimes slightly in the maxillary—anterior region during early adulthood and later. 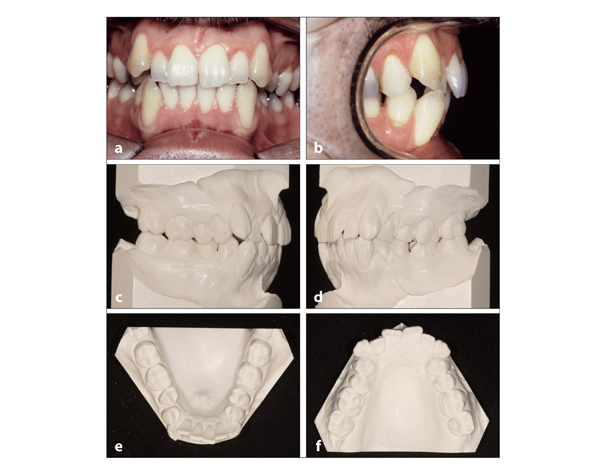 Fig 10-1 (a to f) Crowding in both dental arches. Crowding is mainly concentrated in the anterior parts of the dental arches and in the third molar region.

Spacing is characterized by diastemata and is usually not accompanied by misalignment of teeth. In contrast to crowding, spacing does not occur often; when it does, it is seen mostly in the anterior regions (Fig 10-2). 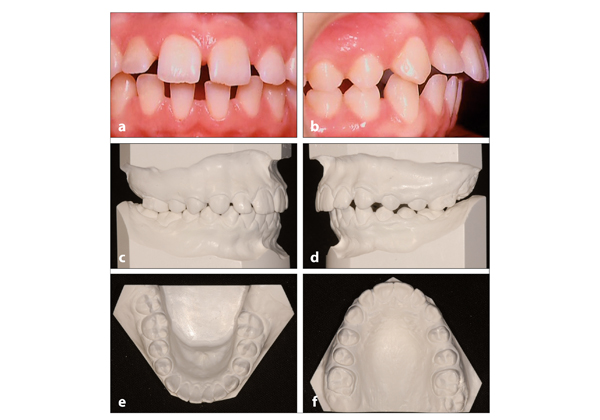 Fig 10-2 (a to f) Spacing in both dental arches. Spacing occurs most frequently in the maxillary anterior region and to a lesser degree in the mandibular anterior region. Diastemata between all teeth are rare.

Deviations in Number, Size, and Shape of Teeth

There can be too few or too many teeth formed, and crown size and shape can be abnormal. In the deciduous dentition, deviations in tooth number are rare; in the permanent dentition, they happen quite often and more in women than in men.2 Third molars in both jaws are the teeth most often not formed, followed by mandibular second premolars and maxillary lateral incisors3 (Fig 10-3). Agenesis of other teeth also may occur. In some cases, more than one tooth may be missing. The prevalence of ageneses is presented in chapter 17, Table 17-31. Deciduous teeth without successors, such as mandibular second molars, resorb little and can be preserved until old age.5 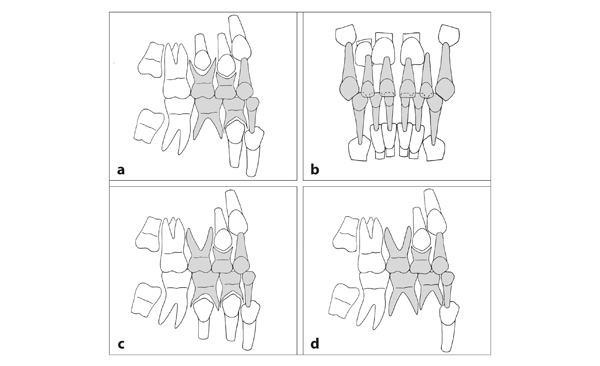 If more than six teeth are missing, it is called oligodontia; if all are missing, the term anodontia is used. The prevalence of oligodontia is 0.14%; that of anodontia is much lower.2,6,7 Anodontia is accompanied by a ”sunken-in” face and reduced anterior facial height.8,9 Supernumerary teeth (Fig 10-4) can occur in any region, but especially in the anterior maxilla, and occur more often in the permanent than in the deciduous dentition.13,14 In some syndromes, such as cleidocranial dysostosis, multiple supernumerary teeth are present. The most frequently appearing supernumerary tooth is a small, cone-shaped tooth that is present in various orientations between the maxillary central incisors (mesiodens).15 In some cases, two mesiodentes may develop.10,11,16 A mesiodens can lead to delayed emergence and deviating positions of central incisors and to a large central diastema.17/>

Tags: Development of the Human Dentition
Jan 4, 2015 | Posted by mrzezo in General Dentistry | Comments Off on 10 Abnormalities of the Dental Arches
Premium Wordpress Themes by UFO Themes
WordPress theme by UFO themes