Computed tomography (CT) is credited to Godfrey Hounsfield, who in 1967 wrote first about the technology and then created a unit in 1972. He was awarded the Nobel Prize in Physiology/Medicine in 1979. Conventional CT units are both hard-tissue and soft-tissue imaging modalities. The first CT, first generation, had a scan time of 10+ minutes depending on how much of the body was being imaged. The processing time would take 2½ hours or longer. All first-generation CT units were only a single slice. This means that one fan of radiation exposed the patient and would have to circle around the patient several times to cover the area of concern. Current CT units are fifth generation, or helical/spiral. The scan times have gone down to 20–60 seconds with a processing time of 2–20 minutes. The number of slices available is up to 64, 128, and 256. The more slices available makes it possible to scan more of the patient in one circle, hence the lower scan times. Conventional CT units work with the patient lying down on a table while being scanned. The table moves in and out of the bore to cover the area of concern. Once all the data are received, they are compiled to create a dataset. This dataset can be manipulated to look at the information in many different angles.

Cone beam computed tomography (CBCT) was discovered in Italy in 1997. The first unit created was the NewTom. The NewTom was similar to conventional CT having the patient lying down with an open bore where the radiation exposes the patient. Instead of a fan of radiation (used in conventional CT units), a cone of radiation is used to expose the patient, hence the name cone beam computed tomography. As new CBCT units were created, companies started using seated or standing options. With continued updates to the units, the sizes have become smaller, with many needing only as much space as a pantomograph machine. 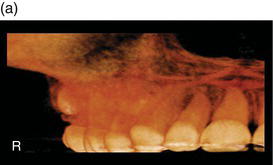 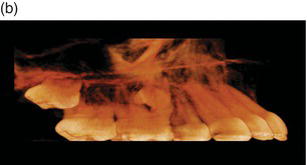 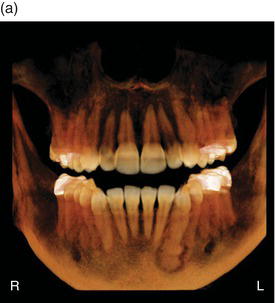 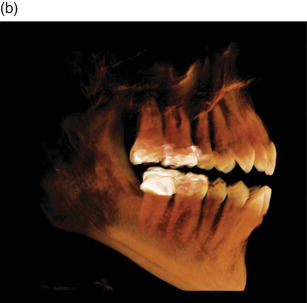 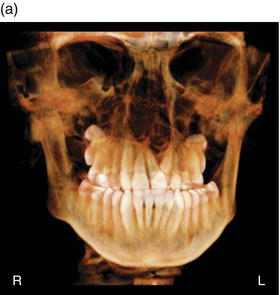 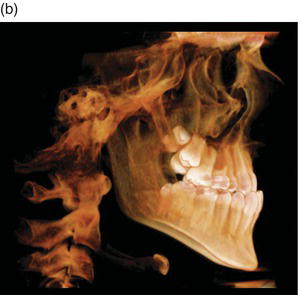 Multiplanar reformation, or MPR, is a view frequently of three different directional 2D images (axial, coronal, and sagittal planes) (Figure 1.4). Within this view, the images may be manipulated in the thickness of data, and direction of viewing can be altered. Reconstructed pantomographs and lateral cephalometric skulls (Figures 1.5 and 1.6) are possible without distortion from standard 2D radiography. The dataset may also be manipulated to create cross-sectional (orthogonal) views of the jaws and condyles (Figures 1.7 and 1.8). 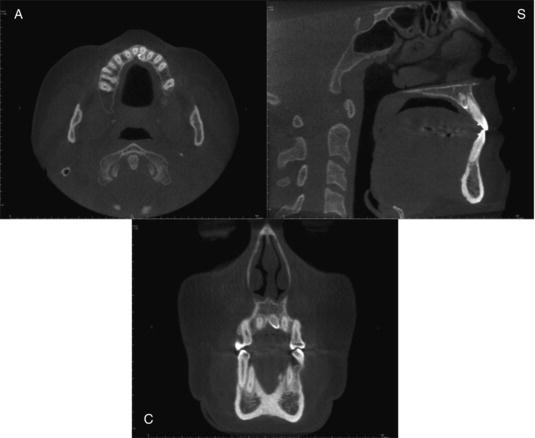 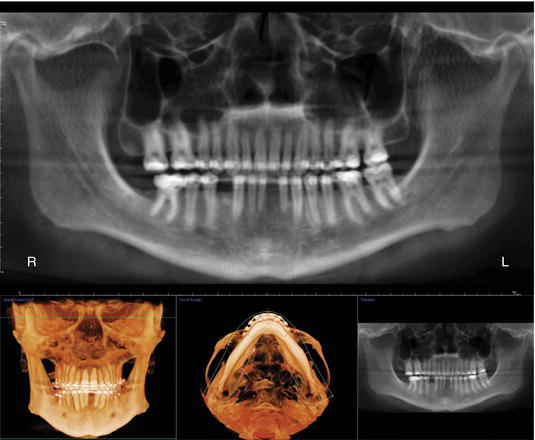 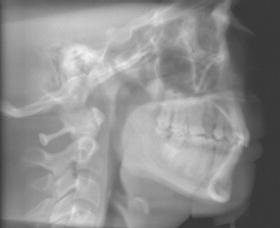 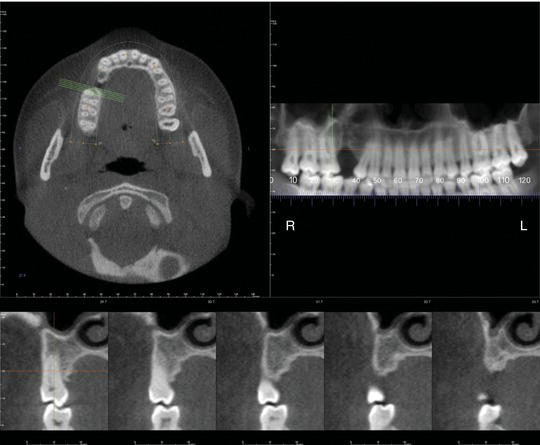 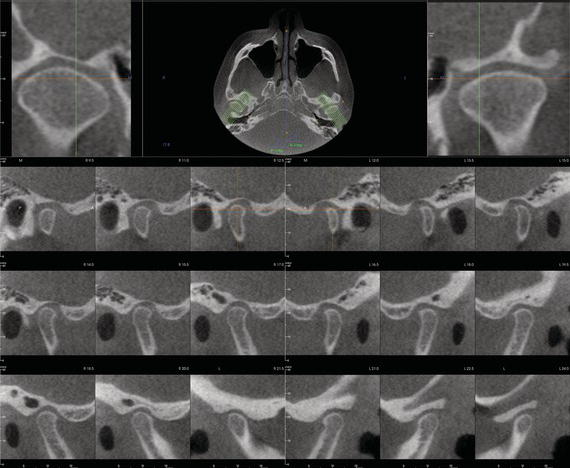 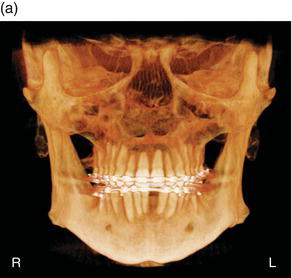 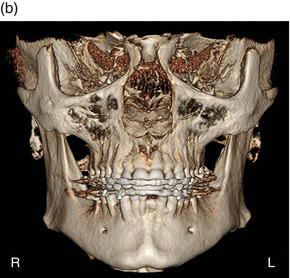 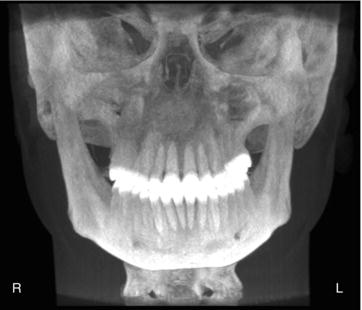