Evolution of Artificial Tooth Replacements From an Aesthetic Point of View

Evolution of Artificial Tooth Replacements From an Aesthetic Point of View

Even though people have been engaged in replacing missing teeth since a relatively early stage in history, the use of artificial teeth to make people more beautiful and for chewing food was for a long time a neglected and unsuccessful undertaking. We know from Etruscan grave findings in the region of modern-day Tuscany that tooth replacements were worn as early as 700 BC. The Greeks and Phoenicians fastened loose and artificial teeth to neighboring teeth by means of gold wire (Woodforde 1869).

However, it was only in the 20th century that the development of artificial tooth replacement reached such a stage of perfection that permitted the user to openly laugh and to chew food without any problems. Approximately 100 years ago, artificial teeth were still so unreliable that they generally had to be taken out before meals. Unlike today, it was considered inappropriate in those days to talk about dental problems. 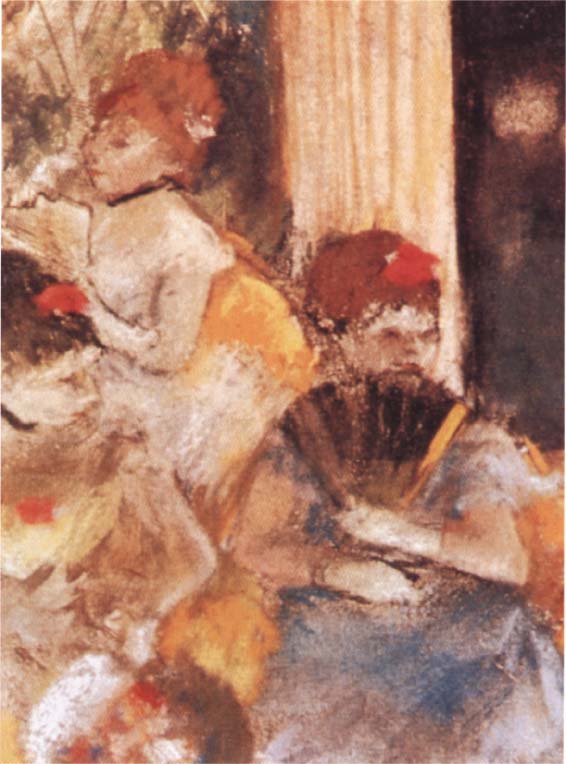 In his painting Ladies with fans Edgar Degas(1834–1917) illustrated the typical gestures of noble ladies, with which they tried elegantly to conceal their dental problems. Missing teeth were freguently hidden behind a fan, not only when smiling. Furthermore, a lady never ate in company, resulting in a saying that she lived only on love and air. In reality, the reason was missing teeth.

Today we can barely imagine the pain our ancestors must have suffered or how suffering from toothache must have influenced decision-making by leading historical figures. In those days, teeth were lost at a young age. Today, attempts are made to restore damaged teeth for as long as possible, while in the past dental treatment consisted of pulling the damaged, painful tooth. Since very few academically trained dentists were available, barbers (hairdressers) carried out tooth extractions as a side line. The average citizen was not aware of tooth replacements. However, certain possibilities for substituting teeth were available to the prosperous. The aesthetic value of tooth replacements was more important than was the value of improving the ability to bite and chew food.

Up until the mid-18th century, the material used for artificial teeth and the base plate to which they were attached consisted of cattle bone, horse teeth, and walrus teeth, or ivory. Extracted human teeth were used in the fabrication of expensive artificial dentures. The teeth were cut off at the neck and fixed in prepared holes on the base plate (Wood-forde 1869). Such teeth often came from poor people, who sold their own healthy teeth for money, or from dead people found on battlefields, in graveyards, or at execution sites. 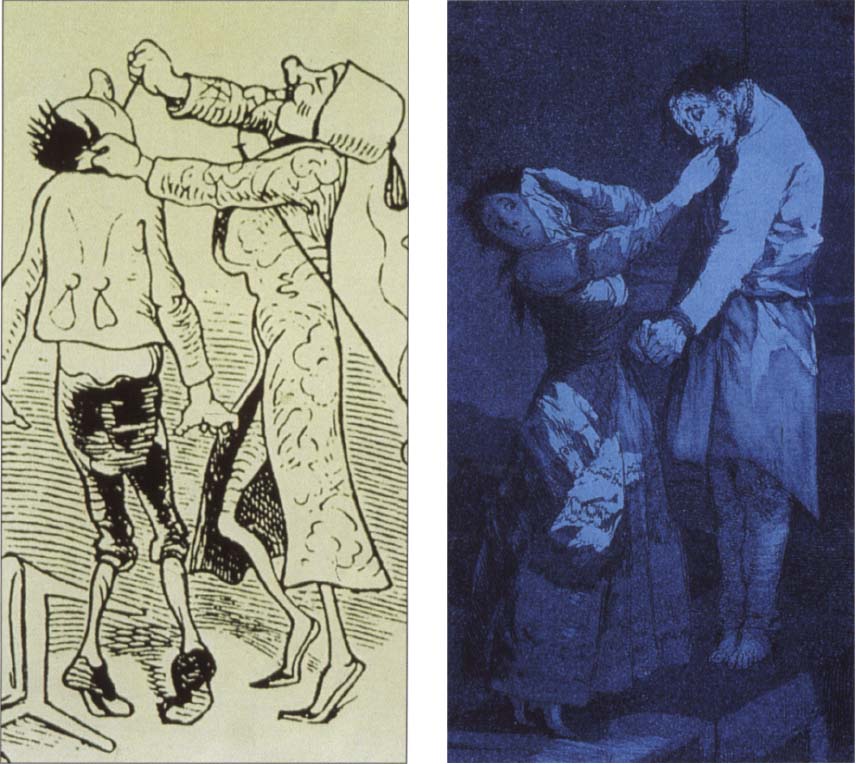 Right: This painting by Francisco de Goya (1746–1828) shows a young woman pulling teeth from a hanged delinquent in order to sell them for money, a procedure then considered as the customary practice to replace extracted teeth.

These dentures did not always improve the face aesthetically, as is best illustrated in the case of George Washington’s portrait on the one-dollar bill. His face is clearly disfigured by the lower denture made of hippopotamus bone, onto which eight human teeth were attached, making him appear to have a dumpling in his mouth. However, this aesthetic disadvantage had to be accepted at the time because a toothless mouth would have appeared even more disfiguring. Washington’s denture was not suitable for biting and chewing.

In 1774, the two Frenchmen Duchateau and de Chemant were the first to use ceramic masses to manufacture a tooth replacement. This first attempt heralded continuous developments in artificial teeth. Over the subsequent decades, the initial uniform blocks of teeth evolved into transparent, tooth-colored single teeth with a functional shape and equipped with retentive pins made of noble metal that had been fused with porcelain on the back of the tooth. Consequently, the porcelain tooth can be seen as the beginning of the development of ceramic dental reconstructions (Krumbholz 1992).

The industrial production of porcelain teeth began around 1900. In 1893, the Wienand tooth factory was built in Germany; this was followed by the Hoddes factory (Bad Nauheim) in 1900, the Hutschenreuther factory in 1921, and Dr. Hildebrandt’s tooth factory in 1922. Hildebrandt developed the first porcelain tooth based on dentin enamel layering principles. He also set another milestone in successfully reinforcing the artificial tooth structure by building it around a hard kernel. This approach led to ceramic teeth attaining their functional ability. A significant aesthetic improvement occurred when Gatzka introduced vacuum firing />