Crowns for the Adolescent Patient

The cast metal-ceramic crown is the most difficult restoration to make for the adolescent patient. High reflection from the metal-opaque surfaces is the major problem and where minimal tooth reduction is mandatory, over-contouring of metal-ceramic crowns tends to occur if they exhibit any depth of colour. In particular, they can be very unsightly if fitted to the lower incisors, and in thin adult teeth that are a light shade the chances of accurately duplication their appearance are remote.

The complete porcelain veneer crown, when inserted in these difficult cases, is very prone to fracture. The stresses that can occur in a porcelain crown have been analysed by Derand (1974) and are at their greatest in the approximal shoulder area (Fig. 10-1). The shoulder in the adolescent tooth should follow the gingival crest and can be almost V-shaped, thus increasing the stresses. A fracture can originate here and spread in either direction to cleave the lingual plate or facial wall of the crown (Fig. 10-2). It is also necessary in these teeth, because of the risk of pulpal exposure, to minimise the reduction of the labio-incisal third of the preparation. An immediate problem then arises in obtaining good aesthetics in this critical area. One solution is to fit a platinum bonded alumina crown in which the bonded foil is removed from the incisal one-third. Incident light striking the crown will then be transmitted through the incisal one-third of the preparation and “high spots” created by highly reflective opaques on metal are avoided (Fig. 10-3). The bonded foil may be cut away at the incisal when the outer bonded foil is constructed. The inner foil (unplated) will, on removal, allow direct porcelain contact with the tooth. By using a translucent glassionomer cement, the aesthetics of the crown can be even further improved.

In order to prevent fracture initiating from the cervical shoulder areas, it is essential to bond platinum foil to the approximal areas of the crown where stresses are at their greatest. If these areasarelined with a bonded platinum foil, delayed fracture of the crown can be arrested. However, if the platinum foil is extended too far incisally, then the opaque core porcelain will become highly reflective and dominate incisal aesthetics. The most important question is how much foil can be removed without weakening the crown? A useful rule is to retain the foil at least 3 mm above the crest of the approximal shoulder so that it completely encircles the tooth (McLean, 1977). In addition the foil must cover the cingulum and lower third of the lingual concavity of the preparation if the axio-lingual walls of the crown are to be strengthened. Where it is vital to allow maximum transmission of light through the incisal third to preserve enamel translucency, the design shown in Figure 10-4 is recommended. Thefoilshould be extended in the approximal area to approximately two-thirds the level of the preparation and then trimmed to slope cervically both in a facial and lingual direction. However, on the lingual surface, all the cingulum area must be covered, since this is an area where cleavage planes in the porcelain can easily occur. 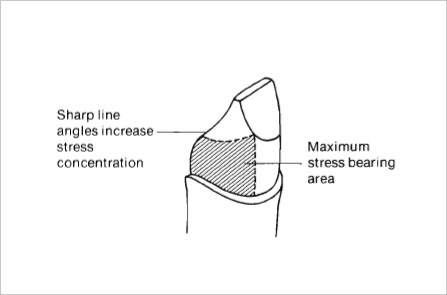 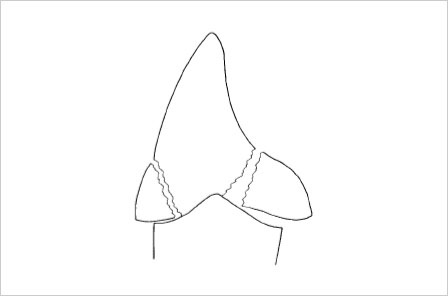 Fig. 10-2 Sites of potential fracture in a porcelain veneer crown fitted to an adolescent tooth where the preparation follows a high gingival crest (From McLean, J. W., Operative Dent. 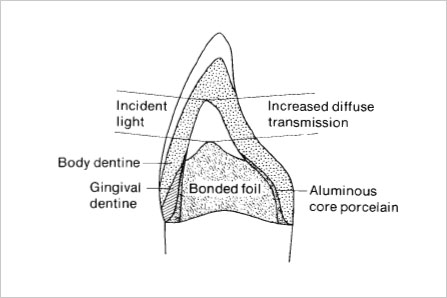 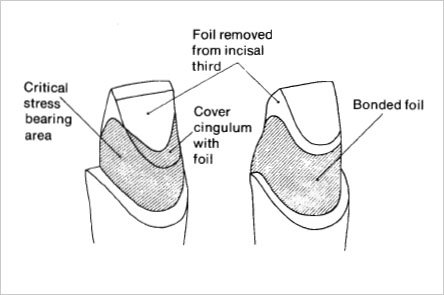 Fig. 10-4 Recommended design for the bonded foil in the adolescent or very thin tooth. Foil must cover cingulum area and reinforce the critical stress bearing areas in the approximal region (From McLean, J. W., Operative Dent. 2:130-142, 1977).

Replace the outer foil on the die and with a sharp scalpel lightly cut away the incisal end of the foil coping. The design can be varied according to the principles outlined above.

Remove the foil and lightly sandblast with the aluminium oxide gun. Degrease the foil and electrolytically plate with tin using the Vita Ceramiplater. Oxidise the foil in the furnace at 1000°C using the same schedule as described for the bonded alumina crown on page 141.

Replace the outer oxidised foil over the inner (unplated) foil and reburnish to position using a cellophane cover. The inner foil will now show through at the incisal, clearly delineating the area of direct porcelain contact (Fig. 10-5). 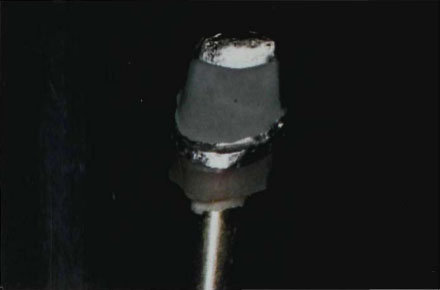 Fig. 10-5 Twin foils assembled on die showing oxidised foil cut away from the incisal one third. 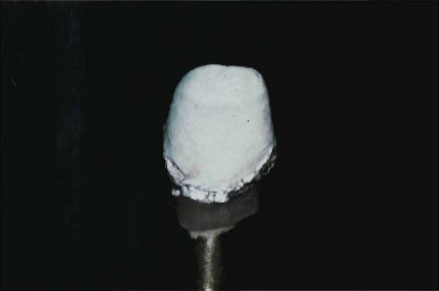 Fig. 10-6 First application of Vita-Pt core porcelain must be very thin over the incisal one third to allow maximum light transmission. After firing the cervical ditch is filled in. 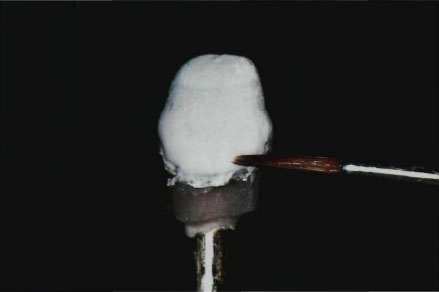 Fìg. 10-7 Equal parts of Vita-Pt core porcelain and Vitadur-N dentine are applied to the incisal area and the cervical ditch filled in. 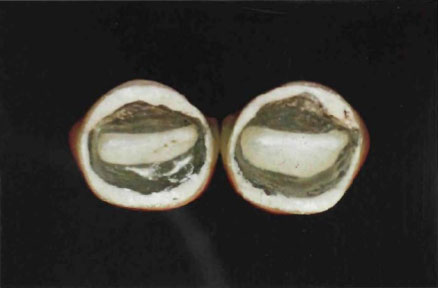 Fig. 10-8 Inner foil stripped out of crowns revealing the bonded foil lining and direct porcelain contact at the incisal one third.

Cover the incisal (unplated) platinum with an even finer layer so that the platinum clearly shows through the core porcelain. This very thin layer of core porcelain will prevent any sharp demarcation lines showing between the bonded foil lining and the incisal porcelain. Ditch the cervical margin and fire the Vita-Pt porcelain (Fig. 10-6) according to the schedule given on page 149.