3. Why Do We Remove Impacted Teeth? 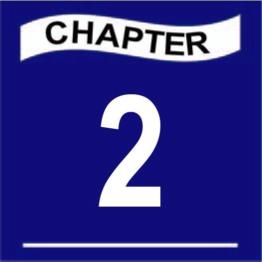 The third molars or the wisdom teeth normally erupt last, between 18 and 25 years of age. Since they erupt at about the time when the youth goes off into the world to become ‘wise’ the name ‘wisdom teeth’ was used to describe them.

A number of theories has been put forth to explain the phenomenon of impaction. The most commonly accepted ones are the following:

1. Discrepancy between the arch length and the tooth size.

2. Differential growth of the mesial and distal roots. 3. Retarded maturation of the third molar-dental development of the tooth lags behind the skeletal growth and maturation.

4. Incidence of extraction of permanent molars is reduced in the mixed dentition period, thus providing less room for eruption of third molars. This is very relevant in the present day due to increased awareness of the population and dental treatment started early in childhood.

6. Lack of development of jaw bones due to consumption of more refined food which causes lack of functional stimulation to the growth of jaw bone.

This theory is strengthened by the facts brought out by Nodine (1943). He noticed that Eskimos of the north, Australian Aborigines of the south and Indians of Mexico did not have impacted teeth. Their food was found to be

primitive which requires lot of mastication. Nodine suggests that the major cause of aberrant or impacted teeth in the adults of Western Europe, United Kingdom, United States and Canada are artificial feeding of babies, intake of soft diet like biscuits, toffees and intermarriage between different races.

1.Irregularity in the position and pressure of an adjacent tooth.

2.The density of the overlying or surrounding bone.

4.Lack of space due to under developed jaws.

7.Acquired diseases such as necrosis due to infection or abscess

Impaction may also be found where no local predisposing conditions are present.

According to Berger the following are the systemic causes of impaction:

Evolutionists have taught that humans evolved from apelike ancestors that possessed larger jaws and teeth than us. The evolution has produced an increase in brain size at the expense of jaw size (MacGregor, 1985).3 In the process of evolution the jaw has become smaller, allowing less room for the third molars to erupt and causing numerous dental problems. Our better understanding of the complex teeth-jaw relationship has revealed this explanation is far too simplistic. Research now indicates that the reasons for most third molar problems today are not due to evolutionary changes but other reasons. These reasons include a change from a coarse abrasive diet to a soft western diet, lack of proper dental care, and genetic factors possibly including mutations. It was a common practice in the past to routinely remove wisdom teeth. Recent research has concluded that this practice is unwise.

The third molars are often labelled vestigial (of use in the past but not today) and used as evidence to support human evolution from a hypothetical less evolved primate ancestor. The vestigial organ view was expressed by Durbeck (1943).4 “It is a well-known fact that nature tries to eliminate that which is not used… Likewise, civilization, which has eliminated the human need for large, powerful jaws, has decreased the size of our maxillae and mandibles. As a direct result, in a surprisingly large number of adults, the lower third molar occupies an abnormal position and may be considered a vestigial organ without purpose and function. This has been termed the phylogenic theory. It implies that, because throughout the history of man the jaws decreased in size from a lack of function, some present-day adults do not have room for a full complement of teeth, and the third molar, being the last to erupt, is denied room to accommodate itself.”

The loss of an organ in evolution purely as a result of disuse, also called Lamarckian Evolution, has now been thoroughly disproved. The belief that wisdom teeth are vestigial organs that lack a function in the body is less common today.

The putative problem is that humans today have smaller jaws but just as many teeth as their evolutionary antecedents (Sakai, 1981).5 The result is the common assumption that most humans do not have enough room in their mouth for wisdom teeth which lack a function and only cause us much health trouble (Schissel,1970).’ This view was evidently first widely propounded by Darwin (1896), who concluded:’… the posterior molar or wisdomteeth were tending to become rudimentary in the more

civilized races of man…. They do not cut through the gums till about the seventeenth year, and I have been assured that they are much more liable to decay, and are earlier lost than the other teeth; but this is denied by some eminent dentists. They are also much more liable to vary, both in structure and in the period of their development, than the other teeth. In the Melanin races, on the other hand, the wisdom-teeth are usually furnished with three separate fangs, and are generally sound; they also differ from the other molars in size, less than in the Caucasian races. Professor Schaaffhausen accounts for this difference between the races by “the posterior dental portion of the jaw being always shortened”… I am informed by Mr Brace that it is becoming quite a common practice in the United States to remove some of the molar teeth of children, as the jaw does not grow large enough for the perfect development of the normal number.’

The conclusion that a smaller jaw cannot contain the large teeth we inherited from our ancestors, and consequently wisdom teeth are not needed, has recently been challenged on several fronts. Macho and Moggi-Cecchi (1992)8 concluded that compared to other primates the third molars are the smallest in Homo sapiens. Further, if the third molars are forced to develop in a more restricted space they tend to be smaller than anterior teeth and in humans this reduction often leads to agenesis of the third molars.9 Corruccini (1991)10 observed that dental crowding in whites seems to be more related to smaller alveolar space than to smaller jaws overall or to larger teeth. Furthermore, in an extensive study of aberrant maxillary third molars, Taylor (1982)11 found a lack of evidence for a genetic trend towards elimination of the third molar from human dentition as assumed by many evolutionists. It is now widely acknowledged today that these teeth are not rudimentary or vestigial: they aid in chewing our food as do all of our other 28 teeth. The outdated vestigial organ conclusion, though, has influenced the extraction of billions of teeth, the removal of many which may have been unnecessary according to current research (Leonard, 1992).12

Tags: A Practical Guide to the Management of Impacted Teeth
Jan 12, 2015 | Posted by mrzezo in Oral and Maxillofacial Surgery | Comments Off on 3. Why Do We Remove Impacted Teeth?
Premium Wordpress Themes by UFO Themes
WordPress theme by UFO themes