Problems may be encountered in the dental practice that stem from a patient’s behavioral patterns, rather than from physical conditions. A good dentist-patient relationship can reduce the number of behavioral problems encountered in practice and can modify the intensity of emotional reactions. A positive dentist-patient relationship is based on mutual respect, trust, understanding, cooperation, and empathy. Role conflicts between the dentist and the patient should be avoided or should be identified and dealt with effectively. The anxious patient should be offered support that minimizes the damaging effects of anxiety, and the angry or uncooperative patient should be accepted and encouraged to share reasons for feelings and behavior, allowing emergence of a more peaceful and cooperative state of mind. Patients with emotional factors that contribute to oral or systemic diseases or symptoms and patients with more serious mental disorders can be managed in an understanding, safe, and empathetic manner.

The dentist may treat patients with a variety of behavioral and mental disorders. The fourth edition of Diagnostic and Statistical Manual of Mental Disorders, text revision (DSM-IV-TR),< ?xml:namespace prefix = "mbp" />1 presents a classification system with which the dentist should be familiar to be better able to understand psychiatric diagnoses and associated symptoms. This system consists of five axes (axis I through axis V), or categories, used to describe mental disorders. Table 28-1 lists the five specific areas used to evaluate the psychosocial health of the patient. Box 28-1 lists the clinical conditions encountered in an axis I disorder.1

• Delirium, dementia, and amnestic and other cognitive disorders

• Schizophrenia and other psychotic disorders

• Other conditions that may be a focus of clinical attention

The American Psychiatric Association plans to publish the new edition of the Diagnostic and Statistical Manual of Mental Disorders (i.e., DSM-5) in 2013.2 Thirteen work groups began meeting in late 2007. The progress of these efforts can be followed at the Web site www.dsm5.org/ProgressReports/pages/default.aspx.

This chapter discusses anxiety disorders (panic, phobias, posttraumatic stress disorder, and generalized anxiety disorder), eating disorders, and behavioral reactions to illness (Box 28-2). Adverse reactions and drug interactions associated with drugs used to treat anxiety states are covered, with an emphasis on the dental implications of these reactions. The dental management of the patient with anxiety and eating disorders is covered in detail. Chapter 29 is devoted to mood disorders (depression and bipolar disorders), somatoform disorders (conversion, hypochondriasis, pain, somatization), and schizophrenia. Dementia is discussed in Chapter 27 and substance abuse in Chapter 30. A dental practice of 2000 adults can be expected to include more than 200 patients with a behavioral or psychiatric disorder.

Classification of Behavioral and Psychiatric Disorders

• Anxiety disorder due to a general medical condition*

• Alcohol and other sedatives (barbiturates, benzodiazepines, others)*

• Others (steroids; inhalants such as paint, glue, and gasoline)*

* Conditions not covered in this chapter or in Chapter 29.

Anxiety is a natural response and a necessary warning adapatation in humans. Anxiety becomes a pathologic disorder when it is excessive and uncontrollable, requires no specific external stimulus, and results in physical and affective symptoms and changes in behavior and cognition.3 Anxiety disorders occur in two patterns: (1) chronic, generalized anxiety and (2) episodic, panic-like anxiety.4 Several related psychiatric disorders often coexist with anxiety disorders, including posttraumatic stress disorder, substance abuse, and depression.4

Anxiety is a sense of psychological distress that may not have a focus. It is a state of apprehension that may involve an internal psychological conflict, an environmental stress, a physical disease state, or a medicine or drug effect, or combinations of these. Anxiety can be a purely psychological experience, with few somatic manifestations. Alternatively, it can be experienced as a purely physical phenomenon encompassing tachycardia, palpitations, chest pain, indigestion, headaches, and so forth, with no psychological distress other than concern about the physical symptoms. The reason for the variability in physical responses is not clear.3–6

An understanding of anxiety requires definitions of some related entities, phobia and panic attack. A phobia is defined as an irrational fear that interferes with normal behavior. Phobias are fears of specific objects, situations, or experiences. The feared object, situation, or experience has taken on a symbolic meaning for the patient. Unconscious wishes and fears have been displaced from an original goal onto an external object.7

A panic attack consists of a sudden, unexpected, overwhelming feeling of terror with symptoms of dyspnea, palpitations, dizziness, faintness, trembling, sweating, choking, flushes or chills, numbness or tingling sensations, and chest pains. The panic attack peaks in about 10 minutes and usually lasts for about 20 to 30 minutes.7 A person who has repeated panic attacks is described as having a panic disorder.

Anxiety represents a threatened emergence into consciousness of painful, unacceptable thoughts, impulses, or desires (anxiety may result from psychological conflicts of the past and present). These psychological conflicts or feelings stimulate physiologic changes that lead to clinical manifestations of anxiety.5,7 Anxiety disorders may occur in persons who are under emotional stress, in those with certain systemic illnesses, or as a component of various psychiatric disorders. Panic disorders tend to occur in families: First-degree relatives of a person with a panic disorder have about an 18% increased risk for development of a similar disorder.5,7

The cause of panic disorder is unknown but appears to involve a genetic predisposition, altered autonomic responsivity, and social learning. Panic disorder shows a familial aggregation; the disorder is concordant in 30% to 45% of monozygotic twins, and genome-wide screens have identified suggestive risk loci on 1q, 7p15, 10q, 11p, and 13q. Acute panic attacks appear to be associated with increased noradrenergic discharges in the locus coeruleus.9

No single theory fully explains all anxiety disorders. No single biologic or psychological cause of anxiety has been identified. Psychosocial and biologic processes together may best explain anxiety. The locus coeruleus, a brain stem structure that contains most of the noradrenergic neurons in the central nervous system (CNS), appears to be involved in panic attacks and anxiety. Panic and anxiety may be correlated with dysregulated firing of the locus coeruleus caused by input from multiple sources, including peripheral autonomic afferents, medullary afferents, and serotonergic fibers.4–6

Anxiety states also may be associated with organic diseases, other psychiatric disorders, use of certain drugs, hyperthyroidism, and mitral valve prolapse. Anxiety also is associated with mood disorders, schizophrenia, or personality disorders.3,4,6

From a psychological perspective, anxiety can be defined as emotional pain or a feeling that all is not well—a feeling of impending disaster. The source of the problem usually is not apparent to persons with anxiety. The feeling is the same in anxious patients as that in patients with fear, but the latter are aware of what the problem is and why they are “fearful.”10

Physiologic reactions to anxiety and to fear are the same and are mediated through the autonomic nervous system. Sympathetic and parasympathetic components may be involved. Signs and symptoms of anxiety caused by overactivation of the sympathetic nervous system include increased heart rate, sweating, dilated pupils, and muscle tension. Signs and symptoms of anxiety resulting from stimulation of the parasympathetic system include urinary frequency and episodic diarrhea.3,4,6

Most people periodically experience some degree of anxiety in one or more aspects of their lives. Anxiety can be a strong motivator; low levels of anxiety can increase attention and improve performance. Anxiety leads to dysfunction when it is constant, or it may result in episodes of extreme vigilance, excessive motor tension, autonomic hyperactivity, and impaired concentration. Anxiety is part of the clinical picture in many patients with psychiatric disorders. Patients with mood disorders, dementia, psychosis, panic disorder, adjustment disorders, and toxic and withdrawal states often report feelings of anxiety.3,4,6,11,12

Phobias consist of three major groups: agoraphobia, social, and simple. Agoraphobia is a fear of having distressful or embarrassing symptoms on leaving home. It often accompanies panic disorder. Social phobias may be specific, such as fear of public speaking, or general, such as fear of being embarrassed when with people. Simple phobias include fear of snakes, heights (Figure 28-1), flying, darkness, and needles. The two phobias that may affect medical or dental care are needle phobia and claustrophobia, the latter during magnetic resonance imaging (MRI) or radiation therapy.5 Dental “phobia” is associated with more extreme anxiety than the “usual” level attending a visit to the dentist.13 Previous frightening dental experiences are cited as the major cause. Patients may specifically fear the noise and vibration of the drill, the sight of the injection needle, and the act of sitting in the dental chair, and they may experience muscle tension, fast heart rate, accelerated breathing, sweating, and/or stomach cramps. True phobic neurosis about dental treatment is rare.13 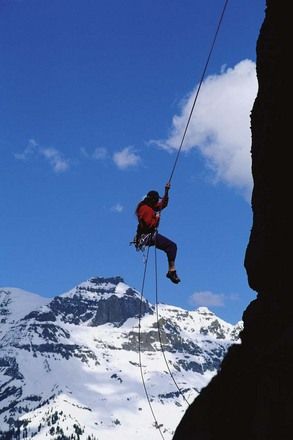 FIGURE 28-1 A specific phobia is acrophobia, the fear of heights.

About 15% of patients who are seen by cardiologists come to the doctor because of symptoms associated with a panic attack. Onset usually is between late adolescence and the mid-30s, but it may occur at any age. A key feature of panic is the adrenergic surge, which results in the fight-or-flight response. This response is an exaggerated sympathetic response (Table 28-2). Panic attacks may be cued or uncued. An example of a cued attack is that occurring in a person who is fearful of flying. Many patients report that they are unaware of any life stressors preceding the onset of panic disorder; such attacks are classified as uncued. The major complication of repeated panic attacks is a restricted lifestyle adopted to avoid situations that might trigger an attack. Some patients develop agoraphobia, an irrational fear of being alone in public places, which can cause them to be housebound for years. Sudden loss of social supports or disruption of important interpersonal relationships appears to predispose the affected person to development of panic disorder.4,7,9

Some patients present with a persistent, diffuse form of anxiety characterized by signs and symptoms of motor tension, autonomic hyperactivity, and apprehension (see Table 28-2). No familial or genetic basis for this generalized anxiety disorder has been found. Outcomes typically are better than those with panic disorder; however, the persistent anxiety may lead to depression and substance abuse.4,6,7,9

Posttraumatic stress disorder (PTSD) is a syndrome of psychophysiologic signs and symptoms that develop after exposure to a traumatic event outside the usual range of human experience, such as combat exposure, a holocaust experience, rape, or a civilian disaster such as a hurricane (Figure 28-2) or eruption of a volcano (Figure 28-3). The traumatic event may represent a serious threat to the person’s life or physical integrity; a serious threat to children, spouse, or other loved ones; or sudden destruction of home or community; alternatively, it may result when the person views an accident or an act of physical violence that seriously injures or kills another person(s).3,4,6,7,9 Other experiences that have resulted in PTSD or are associated with increased risk for the disorder include child abuse,14 weaning from mechanical ventilation,15 traumatic experience of myocardial infarction,16 and loss of a close relative or loved one to cancer.17 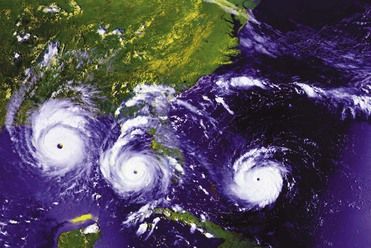 FIGURE 28-2 Time lapse photo of Hurricane Andrew, which hit southern Florida in August 1992. During past years, a number of major hurricanes hit the United States. Hurricane Katrina, which hit the Gulf Coast states in August 2005, was the most destructive in recent history in terms of number of deaths and extent of property damage. 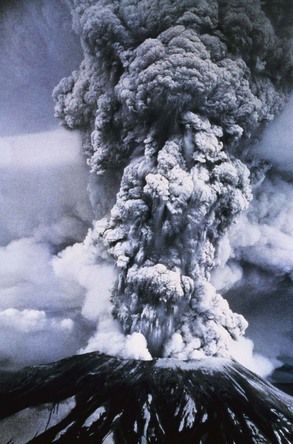 FIGURE 28-3 The 1980 eruption of Mount St. Helens resulted in an increased incidence of posttraumatic stress disorder among residents of the Pacific Northwest.

Most men with PTSD have been in combat (Figure 28-4), and most women give a history of sexual or physical abuse. The three cardinal features of PTSD are hyperarousal; intrusive symptoms, or flashbacks to the initial trauma; and psychic numbing.3,4,6,7,9 PTSD may follow traumatic or violent events that are anticipated or not anticipated, constant or repetitive, natural or malevolent. For this reason, terrorist attacks often lead to PTSD18–24 (Figures 28-5 and 28-6). PTSD is further defined by onset of symptoms at least 6 months after the trauma, or duration of more than 3 months (see Table 28-2). 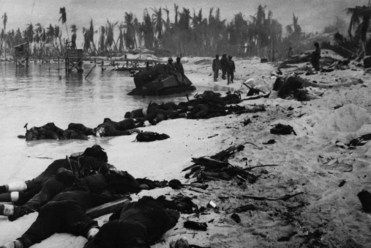 FIGURE 28-4 Combat during World War II on the island of Tarawa. 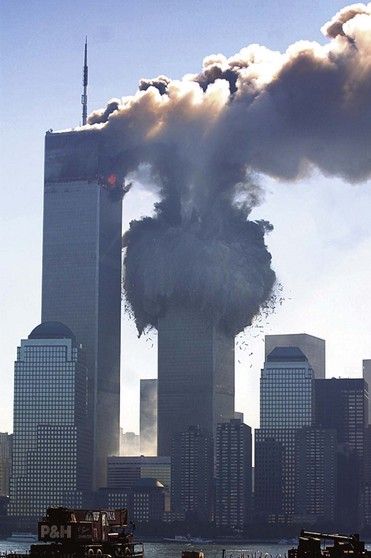