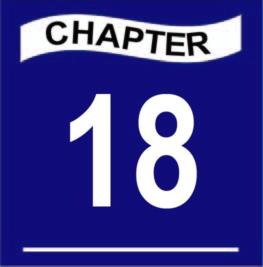 A systematic approach should be employed in the treatment of unerupted canine. Before any sort of treatment procedures are undertaken, a diagnosis, assessment and treatment plan must be made; a complete treatment plan which includes the surgical, orthodontic, periodontal, prosthodontic and conservative treatment is required.

There are different lines of management of the impacted maxillary canine depending on the age of the patient, stage of root formation, presence of associated pathology, condition of the adjacent teeth, position of the tooth, patient’s willingness to undergo orthodontic treatment, available facilities for specialized treatment and patient’s general physical condition. The specific surgical procedure and the orthodontic mechanisms involved for treatment of impacted canines will vary depending upon the degree of impaction, the horizontal overlap of the impacted tooth, the canine angulation, and localized crowding.

Before deciding upon any treatment, all options should be discussed with the patient in detail and a written consent obtained if any surgical treatment is planned. Every effort should be made to bring the impacted canine into normal occlusion if possible.

This is considered as an interceptive method of management. This is indicated when the maxillary canine is not palpable in its normal position and the radiographic examination confirms palatally impacted canine. Removal of the primary canine may show less favorable results where the permanent canine is located in a more medial position or when the patient is older than the ideal age group of 10 to 13 years. Studies have shown that the extraction of primary canines at 10 to 13 years of age may resolve the palatally impacted permanent canines in approximately 60-80% of cases, when local space conditions are favorable. However, this treatment does not necessarily eliminate or ensure correction of the problem and therefore, surgical intervention should be considered if desired results are not obtained within one year of the deciduous extraction. Even though this is the standard approach each case should be planned accordingly.

In patients over 13 years of age other alternative treatment options should be considered. Shown below is the radiograph of a 14-year-old boy who reported with a swelling of the left maxilla, multiple unerupted permanent teeth and retained deciduous root stumps. OPG showed a dentigerous cyst involving the left maxilla in relation to impacted 25 (yellow oval) and impacted canines and premolars (Fig. 18.1). The case was treated by enucleation of cyst, removal of impacted 25 and extraction of retained deciduous teeth. The case was followed up regularly. A follow-up OPG taken six months later revealed that all the impacted teeth have started erupting (Fig. 18.2). The case report substantiates the view that it/>

Tags: A Practical Guide to the Management of Impacted Teeth
Jan 12, 2015 | Posted by mrzezo in Oral and Maxillofacial Surgery | Comments Off on 19. Surgical Exposure of Impacted Maxillary Canine
Premium Wordpress Themes by UFO Themes
WordPress theme by UFO themes