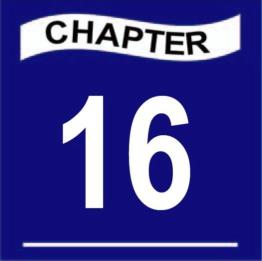 The maxillary canine is second only to the mandibular third molar in its frequency of impaction. The permanent maxillary canine is considered impacted when its eruption is retarded in relation to the normal eruption sequence of the other dentition. Maxillary canine impaction is diagnosed by clinical and radiographic findings illustrating that no spontaneous eruption can be expected. Normally, in the mandible, the eruption sequence of the permanent dentition follows an anterior to posterior pattern. However, in the maxilla, eruption of the premolars follow the incisors; the canines are then expected to erupt into the dental arch at 10 -12 years of age (Table 16.1). 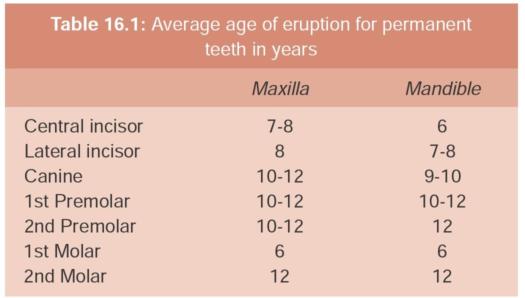 The normal eruption path of maxillary canines can be altered as a result of a variable eruption sequence in the maxilla, as well as by limited space conditions such as crowding. Early diagnosis and treatment of this condition is essential to reduce the risk of other tooth eruption disturbances. Optimal management of impacted permanent maxillary canines involves an inter

disciplinary approach combining the specialties of Oral and Maxillofacial Surgery, Periodontology and Orthodontics.

Permanent maxillary canine impactions occur in 1 to 3% of the general population, second only to the impaction of third molars in frequency. These impactions occur twice as often in women than in men and five times more often in Caucasians than Asians. In about 85% of these cases, the impacted teeth are located palatal to the dental arch, in the remaining 15% of cases, the impactions are located labially. There is some evidence that patients with Class II division 2 malocclusion and tooth aplasia may be at a higher risk to the development of an ectopic canine. Impacted canines occur 20 times more frequently in the maxilla than in the mandible.

Broadbent (1941)’ stated that calcification of the permanent maxillary canine crown starts at one year old, between the roots of the first deciduous molar, and is complete at 5-6 years. By the age of 12 months the crown of the tooth is found between the roots of the primary molar. At 3-4 years of age the canine passes over the line of the primary incisors to lie on the labial side of the root of the lateral incisor (Miller, 1963).2 At the age of four years the primary first molar, the first premolar germ and canine lie in a vertical row. Subsequent growth on the facial surface of the maxilla provides space for the forward movement of the canine so that its cusp comes to lie medial to the root of the deciduous canine. Moss (1972)3 stated that the canine remains high in the maxilla just above the root of the lateral incisor until the crown is calcified. It then erupts along the distal aspect of the lateral incisor resulting in closure of the physiological diastema if present and correction of the so called ‘Ugly Duckling’ dentition ( Kurol et al, 1997).4

Coulter and Richardson (1997)5 quantified the movements of the maxillary canine in three-dimensions using lateral and posteroanterior cephalometric radiographs from the Belfast Growth Study taken annually between 5 and 15 years of age. It was shown that the canine travels almost 22 mm during that time. In the lateral plane the canine showed a significant movement in a buccal direction between 10 and 12 years of age. Before this age the movement was in a palatal direction. About three-quarters of the root is formed before eruption and root formation is complete two years after eruption. Hurme (1949) stated that the gingival emergence of the maxillary canine after 12.3 years in girls and 13.1 years for boys was late. Thilander and Jacobsson (1968)’ regarded 13.9 years for girls and 14.6 years as very late for boys as by this time 95% should have erupted. The maxillary canine is the last tooth to erupt in the upper arch with a deciduous predecessor and therefore is most susceptible to environmental influences such as crowding.

The exact etiology of impacted maxillary canine remains unknown, but probably multifactorial. Primary causes that have been associated with this condition are the rate of root resorption of the deciduous teeth, trauma to the deciduous bud, disturbances in tooth eruption sequence, non-availability of space (Figs 16.1 and 16.2), rotation of tooth buds, premature root closure and canine eruption into cleft areas (Fig. 16.3). Secondary causes of impaction include febrile diseases, endocrine disturbances and vitamin D deficiency. Impacted canine can be associated with other conditions (Figs 16.4 to 16.6). 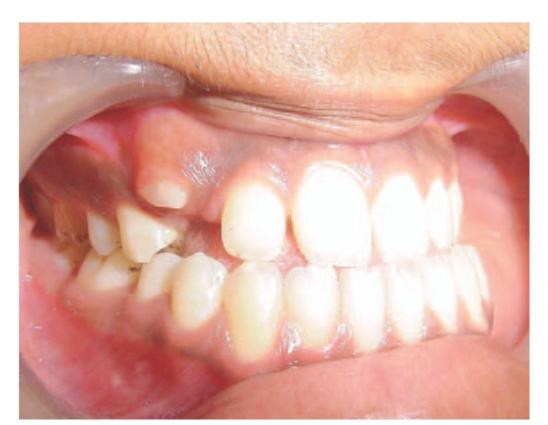 Fig. 16.1: Eruption of 13 prevented due to presence of supernumerary tooth 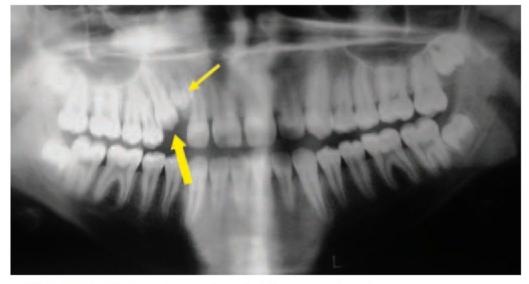 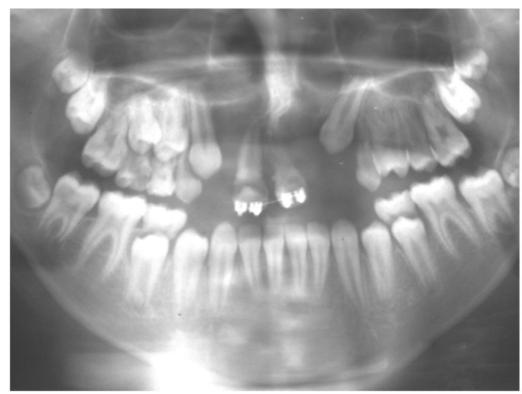 Arch length discrepancy (crowding and spacing) is also implicated in the etiology. A space deficiency may result in the tooth erupting buccally or its impaction (Jacoby, 1983).8 Thilander and Jacobsson (1968) stated that crowding may be a factor in labial impaction, but not in palatal impaction. Jacoby (1983)8 found that in 85 percent of cases where the canine erupted palatally adequate space was present in the arch. He suggested that a possible explanation for canine impaction to be excessive space in the canine area. Other suggested causes of palatal impaction are trauma to the maxillary anterior region at an early stage of development (Brin et al, 1993).9 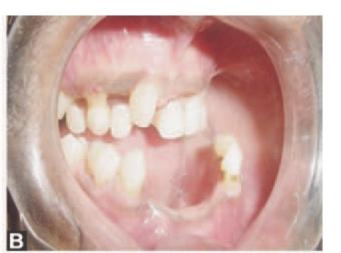 Tags: A Practical Guide to the Management of Impacted Teeth
Jan 12, 2015 | Posted by mrzezo in Oral and Maxillofacial Surgery | Comments Off on 17. Localization of Impacted Canine
Premium Wordpress Themes by UFO Themes
WordPress theme by UFO themes