15. Recent Advances and the Future of Third Molars 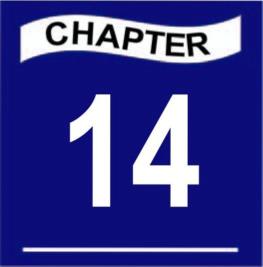 The occurrence of ectopic teeth (ectopic simply means ‘wrong position’) at sites other than their immediate dental environment is rare. A few reports of tooth displacement in the maxillary sinus, nasal cavity, orbit, chin, mandibular ramus, condyle, and coronoid process have been published.’,’,’ The etiology of ectopic teeth is not always known, but it includes developmental abnormalities, overcrowding, trauma, sepsis or iatrogenic activity such as displaced during extraction.1,3 Presumably, the etiologic factor is related to the type of tooth (e.g. incisor, canine, third molar, or supernumerary) and its immediate anatomic environment. Patients with an ectopic tooth impaction can remain asymptomatic over the course of their lifetime. But when such a tooth migrates, particularly one that is accompanied by a cyst, patients can experience significant morbidity and require intervention.

There are four treatment options (Wong et al, 2007)5 for ectopic teeth: observation, intervention, relocation or extraction. If no symptoms or pathology is evident, observation may be the treatment of choice. Intervention consists of a brief period of orthodontic therapy or the removal of the teeth. Relocation refers to the repositioning of an ectopic tooth surgically or orthodontically. The aim of intervention or relocation is to maintain the integrity of the arch and occlusion. However, extraction should be considered if the above measures are deemed impossible or the tooth is symptomatic or associated with infection or pathologies such as cystic changes.

Wong et al (2007)’ reported a rare case of ectopic molar medial to the coronoid process of the mandible (Figs 14.1A to D) that caused a chronic discharging sinus into the mouth, recurrent facial swelling and pain. The tooth was removed under general anesthesia by an intraoral approach after making an incision along the anterior border of the ramus.

Bizyizkkurt et al (2005)12 reported a case of ectopic eruption of a maxillary third molar tooth in the maxillary sinus that caused chronic maxillary sinusitis. This was later removed by a Caldwell-Luc approach. Recently endoscopic approach for the removal of tooth in maxillary sinus has been suggested by other authors.

In a recent article Suarez-Cunquerio et al (2003)11 employed an endoscopic approach to remove an ectopic mandibular third molar in the condylar process. They claimed the following advantages: (a) good illumination, (b) clear and magnified visualization of the operating/>

Tags: A Practical Guide to the Management of Impacted Teeth
Jan 12, 2015 | Posted by mrzezo in Oral and Maxillofacial Surgery | Comments Off on 15. Recent Advances and the Future of Third Molars
Premium Wordpress Themes by UFO Themes
WordPress theme by UFO themes