11 The lower respiratory tract and its role in ventilation

11
The lower respiratory tract and its role in ventilation

The two lungs occupy the right and left pleural cavities in the thoracic cavity. They are separated by the central mediastinum containing the heart and the great vessels, the trachea, and other structures passing through the thorax to the abdomen.

The left and right pleural cavities are entirely separate from each other. Figure 11.1 shows how they are formed as the developing lung buds invade part of the coelomic cavity by pushing a layer of the wall before it. This is analogous to pushing your finger into a partially inflated balloon. Your finger is the equivalent of the lung bud, the wall of the balloon it is pushing into is the inner layer of pleura, and the far wall of balloon is the outer layer of pleura. The pleura are thus divided into outer and inner layers.

As outlined in Figure 11.1D, the outer parietal layer lines the inner surface of the thoracic wall, the thoracic surface of the diaphragm, and the medial wall of the mediastinum. The inner visceral layer closely covers all surfaces of the lungs. The pleural cuff is formed where the two layers become continuous at the junctional region, surrounding the root (hilus) of the lung. A fold in the pleural cuff called the pulmonary ligament allows some space for movement of the lungs relative to the mediastinum during ventilation.

The pleural cavity separates the two layers of pleura, but is normally a potential space over most of the lung surface. The visceral and parietal pleurae are in virtual contact, separated by only a thin layer of pleural fluid. Pleural fluid has two important functions.

• It lubricates movement of the lungs and their attached visceral pleurae against the parietal pleurae.

• It also adheres the two pleural layers to each other, thus maintaining the inflation of the lungs.

The parietal pleura is often described as having costal, diaphragmatic, and mediastinal surfaces; this is useful when considering their nerve supply. The costal pleura is supplied segmentally by intercostal nerves, the mediastinal pleura by the phrenic nerves, and the diaphragmatic pleura centrally by the phrenic and peripherally by the lower five intercostal nerves. The visceral pleura is insensitive to pain and touch as it only receives an autonomic vasomotor supply. The effects of lung disease and infection on the pleura are described in Box 11.1.

The effects of failure of adhesion between the pleural layers is described in Box 11.2. 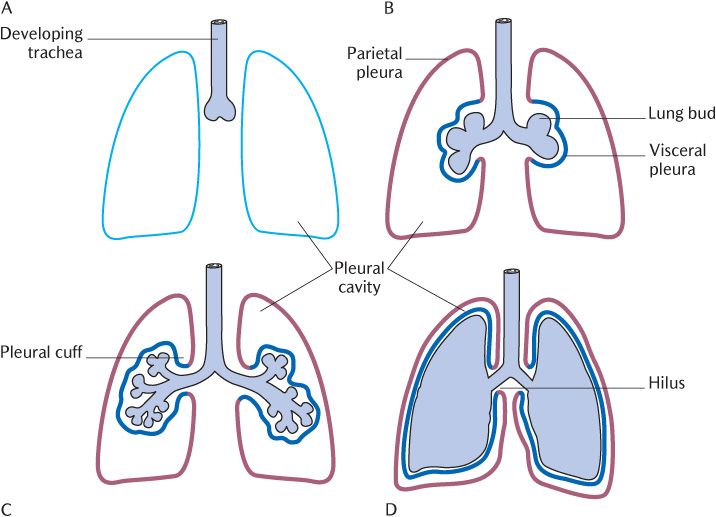 Fig. 11.1 Development of the lungs and formation of the pleural cavities.

Disease states of the lung (e.g. pneumonia) are often painless until they reach the surface of the lung and the pleurae become involved. Local infection of the pleural cavity may lead to a breakdown of lubrication between pleural layers. Lack of lubrication can produce a painful pleural rub, audible through a stethoscope, and adhesions between the two pleural layers due to the formation of fibrous scar tissue. The pain is often referred to the cutaneous distribution of the segmental nerves supplying the pleural area affected. The pain experienced may be referred to the abdomen via the lower five intercostal nerves or to the shoulder via the phrenic nerve.

General infection of the pleura (pleurisy) is also painful. Interestingly, pleural pain may be abolished by applying local anaesthetic to the appropriate skin area.

The pleural cavity may become infiltrated by air, excess pleural fluid, blood, or pus; the effect will be the same irrespective of the infiltrating agent. The pleural fluid will either be no longer in a thin enough layer to maintain adhesion or will be displaced by a non-adherent agent. The two pleural layers will pull apart and the lung will collapse.

1. A pneumothorax is produced when air enters the pleural cavity, usually via a diseased lung, much less commonly by the ends of broken ribs and even less frequently by stab wounds through the chest wall. Spontaneous pneumothorax may occur in healthy lungs after great exertion. The most dangerous type of pneumothorax is where the ruptured lung has a valvular effect, allowing air to pass from the lung to pleural cavity, but not vice versa. This is a tension pneumothorax and leads to a progressive build-up of pressure in the pleural cavity and hence collapse of the lung. The effects include breathlessness and pain because the mediastinal structures are displaced towards the opposite side.

Fluid or air is usually aspirated from the pleural cavity by means of a pleural tap. A wide bore needle is inserted laterally through a lower intercostal space so as to pass into the pleural cavity beneath the lung, but above the diaphragm. The needle is placed above the rib forming the lower margin of the relevant intercostal space so that it is well away from the intercostal neurovascular bundle running beneath the rib above.

11.2 The trachea and bronchi

The trachea is the first part of the lower respiratory tract. Figure 11.2 shows its course. The trachea starts at the lower border of the larynx denoted by the cricoid cartilage in the neck and runs down in the midline to enter the thorax deep to the sternal notch. After a relatively short course in the thorax, it bifurcates into the left and right main bronchi at the level of the sternal angle. 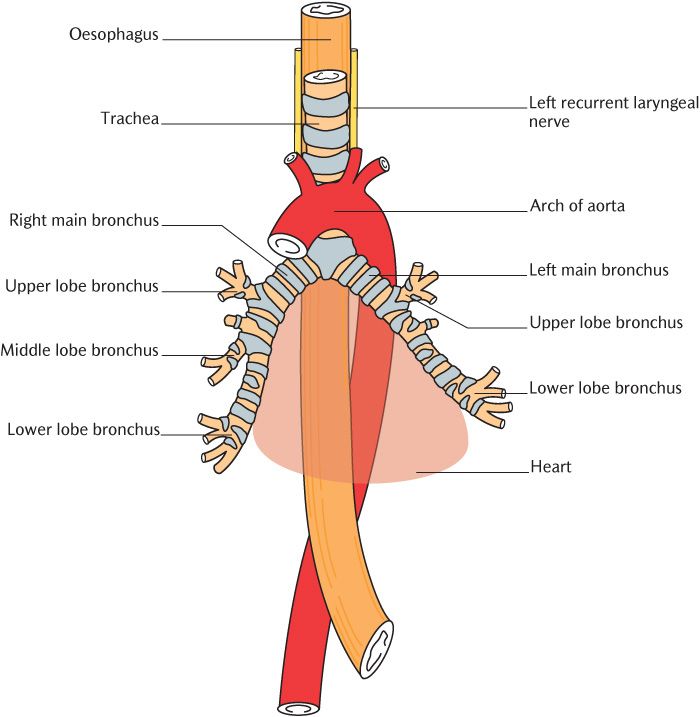 Fig. 11.2 The trachea and oesophagus and structures related to them.

The trachea is about 2.5 cm in diameter in adults. It is easier to remember that the internal diameter of the trachea is about the same diameter as the patient’s little finger, especially if you need to create an emergency airway (see Box 28.9). The trachea is reinforced by C-shaped rings of cartilage; the open side of the C faces posteriorly to allow the oesophagus, which lies immediately behind the trachea, to dilate during swallowing. The wall between the rings is made up of fibrous tissue and smooth muscle. As expected for a component of the respiratory tract, the lumen is lined by respiratory epithelium (Figure 5.2B).

Foreign bodies entering the larynx and trachea will stimulate a powerful cough reflex. The ridge formed by the bifurcation of the trachea is the last area to contain sensory nerve endings capable of eliciting the cough reflex and may thus be considered a last line of defence. In reality, small objects that pass the larynx are likely to continue down the trachea to its bifurcation. When foreign bodies do pass the bifurcation, they usually enter the right main bronchus because it is wider and in a more direct line with the trachea. If the patient is upright, the foreign object will usually enter the lower lobe bronchus. If they are lying down, as is common in many dental procedures, the object may enter the right middle lobe bronchus. An inhaled foreign body may block one of the bronchi, leading to the collapse of part of the lung or may cause a lung abscess if the object is infected.

The right and left main bronchi divide within the substance of the lung into lobar bronchi supplying each lobe. The structure of the walls of the bronchi is similar to that of the trachea although the cartilages become increasingly irregular below the bifurcation. The lobar bronchi divide again into segmental bronchi, each supplying a bronchopulmonary segment. Each lung is divided functionally into a number of these segments, each supplied by its own segmental bronchus and accompanying blood vessels. Each segment thus forms an individual functional unit; if disease is restricted to one or two adjacent segments, they may be removed by a thoracic surgeon with minimal loss of blood or leakage of air from adjacent lung tissue.

The cough reflex is in abeyance in unconscious subjects. Blood or other foreign objects, e.g. tooth fragments, may enter the lungs in the victims of road accidents and other violence without stimulating the cough reflex. The vomiting reflex is virtually the last reflex to be suppressed even in deeply unconscious subjects; they may, therefore, vomit and then inhale it without eliciting a cough reflex with the potential to asphyxiate on their own vomit. To avoid this potentially fatal event,/>

Tags: Anatomy for Dental Students 4e
Jan 3, 2015 | Posted by mrzezo in General Dentistry | Comments Off on 11 The lower respiratory tract and its role in ventilation
Premium Wordpress Themes by UFO Themes
WordPress theme by UFO themes