The function of the cardiovascular system is to oxygenate blood in the lungs and distribute the oxygenated blood to the tissues of the body. At the same time, carbon dioxide that accumulates as a result of metabolism of oxygen within the tissues is removed from the tissues and transported to the lungs where it is released from the blood and exhaled. The cardiovascular system comprises the heart, a muscular pump, and blood vessels. Arteries convey blood to thin-walled capillaries where gaseous exchange takes place and veins return blood to the heart. 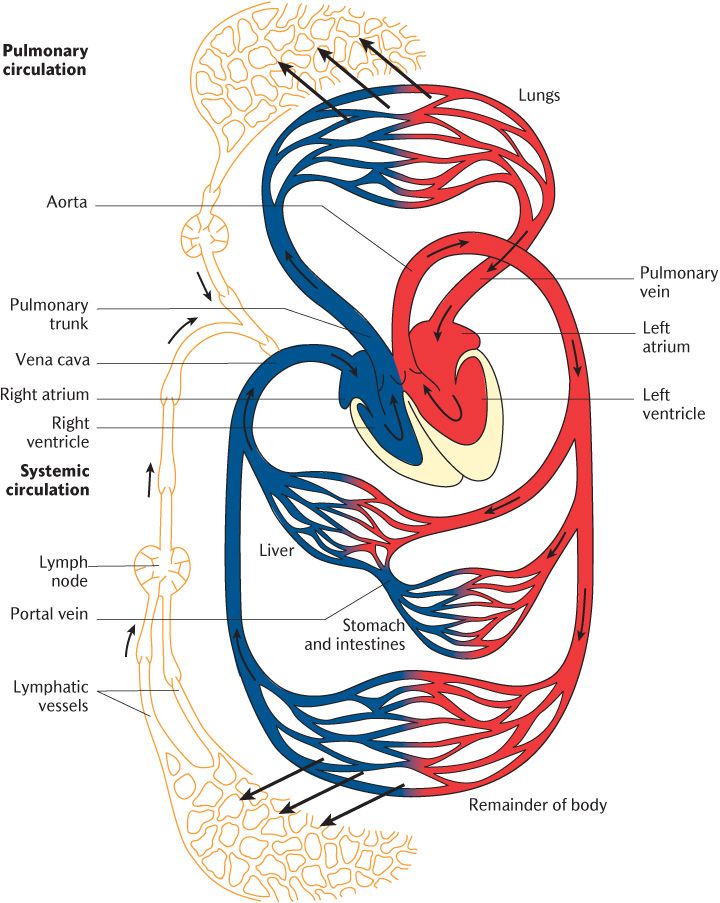 Fig. 4.1 A diagrammatic view of the cardiovascular and lymphatic systems. (Note that arteries and oxygenated arterial blood are demarcated in red and veins and deoxygenated blood are indicated by blue in this and other figures showing blood and blood vessels.)

The heart is a muscular pump driving blood at considerable pressure through arteries that get progressively smaller in both circulations until capillaries are reached. Arteries are sometimes dismissed as mere plumbing, but they play a vital role in regulating the blood flow through organs and tissues (see Section 4.1.2). Capillary walls are only one cell thick, allowing for the efficient diffusion of gases and small nutrient molecules to and from tissues. Waste gases and metabolites are also returned to the circulatory system through capillaries and these unite to form veins carrying blood under comparatively low pressure back to the heart.

The heart comprises two muscular pumps arranged in parallel and beating in unison. As you can see in Figure 4.1, these two pumps are designated as the right and left sides of the heart. Each pump consists of two chambers, a thin-walled atrium that receives blood from one or other circulation and a thick-walled ventricle that ejects blood into the circulations.

The walls of the heart chambers are made of a specialized type of muscle tissue known as cardiac muscle. Cardiac muscle fibres are branched so that impulses can travel from one fibre to another through specialized intercellular junctions called intercalated discs that allow the passage of small ions which cause muscle contraction. The contractile proteins that make up cardiac muscle are fatigue-free so that your heart can continue beating at an average of around 70 beats per minute throughout life without rest. The atria and ventricles contract in series (one after the other), but the right and left atria beat synchronously followed by the right and left ventricles contracting together. The coordinated contraction of the chambers of the heart is managed by the conducting system. The sequence of events can be followed in Figure 4.2. Waves of depolarization spread from the sinoatrial node (also known as the SA node or pacemaker) across the atria through cardiac muscle fibres, ensuring both atria beat together. The wave of muscle contraction quickly reaches the junction between the atria and ventricles, but can progress no further; there is a non-conducting band of fibrous tissue supporting the heart valves that is also made of connective tissue that prevents electrical connection between the upper and lower chambers. As shown in Figure 4.2, the atrioventricular node (AV node) sits just above this band and receives the contractile stimuli that have spread across the atria. In response, the AV node depolarizes and the current passes down a bundle of conducting fibres made from modified cardiac muscle cells that lack contractile proteins, the only electrical conduit between the atria and ventricles. The current passes down the wall separating the ventricles to their base, then upwards across the ventricles. The delay between impulses leaving the SA node causing atrial contraction and reaching the AV node and stimulating ventricular contraction ensures that the ventricles are filled completely by atrial contraction before they empty. The conducting system receives inputs from the autonomic nervous system to regulate heart rate and cardiac output according to functional demands. It is described in more detail in Section 12.4.4. 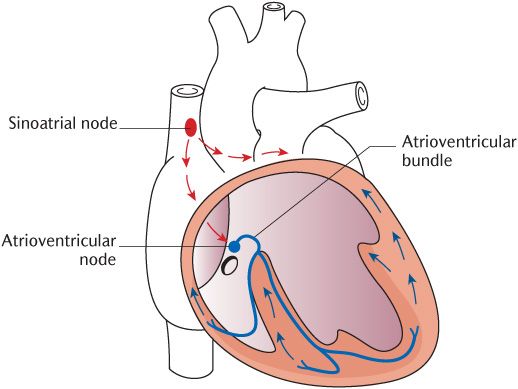 Fig. 4.2 The conducting system of the heart.

Blood leaving the ventricles enters the great vessels, the pulmonary trunk leading to the lungs and the aorta feeding the systemic circulation. The entrances to both these vessels contain pocket valves to prevent backflow when the ventricles relax, as shown in Figure 4.3; they are known as semilunar valves because each valve flap is supposedly shaped like a half moon.

Both atria are thin-walled because they are only pumping blood a very short distance to the wide ventricles; the muscle in the atria only has to overcome the resistance to open the atrioventicular valves that close again to prevent backflow of blood from ventricle to atrium. Each ventricle has a similar capacity of 60–70 ml, but the resistance to blood flow in the pulmonary circulation is less than that in the systemic circulation because the lungs are large, open, sponge-like structures whereas the systemic tissues and organs are comparatively dense. The wall of the left ventricle is, therefore, considerably thicker than that of the right to generate more force of contraction to overcome the greater resistance.

The effects of occlusion of bloo/>