1 Structures and Properties of Orthodontic Materials

1 Structures and Properties of Orthodontic Materials 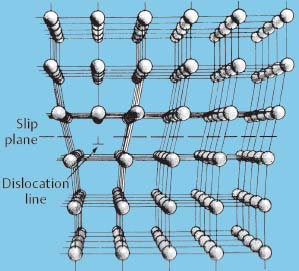 Schematic illustration of an edge dislocation in a crystalline material

Knowledge of fundamental principles governing the relationships between compositions, structures and properties is central to an understanding of orthodontic materials. Because wide arrays of metallic, ceramic, and polymeric materials are used in the profession, and new materials are continuously being introduced, it is essential that the scientific basis for the selection and proper use of materials for clinical practice be thoroughly understood.

The general plan of this chapter is to develop these concepts following the standard basic approach that has historically been used in engineering materials science. First, the different modes of interatomic bonding will be described, followed by a description of how these modes of bonding lead to the atomic arrangements found in the metallic, ceramic, and polymeric materials. Second, terminology will be presented to describe the clinically relevant properties of these orthodontic materials. After these foundations have been acquired, the linkages between the structures and properties of these materials can readily be understood.

It is expected that graduate students in orthodontic programs, as well as practicing orthodontists, will already have been exposed to many of these concepts in an introductory biomaterials course or a series of lectures that are found in the predoctoral dental school curriculum. Because of the very wide scope of the subject matter involved, it is not possible in a single chapter to fully develop all of the topics germane to the structure-property relationships of orthodontic materials. The reader is referred to the excellent textbooks on dental materials science and engineering materials science listed at the end of this chapter for further information.

Ionic bonding involves a transfer of valence electrons, such as that which occurs between sodium and chlorine atoms to form the NaCl molecule. The sodium atom has a single 3s electron in the M shell and the chlorine atom has a single 3p vacancy in the M shell (Table 1.1). Transfer of the valence electron from the sodium to the chlorine atom allows both atom species to have the closed shell noble gas configuration, and the bonding arises from the strong electrostatic attraction between the resulting positive and negative ions. Because of the symmetric electron charge distributions around the ions, ionic bonding is not directional. Materials dominated by ionic bonding tend to have higher densities than materials dominated by covalent bonding.

Generally, materials that are dominated by covalent or ionic bonding should be considered to have a mixture of both modes of interatomic bonding. Pauling developed an empirical concept, in which the fractional ionic bonding character for simple materials consisting of two different atomic species is related to the difference in electronegativity of the two atoms. The electronegativity for a given atom is approximately proportional to the sum of the ionization potential and the electron affinity. For example, from a plot of the electro-negativities for the different atoms, it can be estimated that the fractional ionic character is 0.52 and 0.63 for SiO2 and Al2O3, respectively.

In metals the valence electrons are loosely bound and can be considered to form a gas that permeates the atomic arrangement of the resulting ionic cores, in contrast to the localization of valence electrons around parent atoms for covalent and ionic bonding. Metallic bonding is nondirectional on the atomic scale, and the metallic atoms form arrangements leading to materials of high density. Table 1.1 shows the electronic configurations for the atoms of some metals that are found in orthodontic and restorative alloys. The valence electrons that are lost in forming the cations from these metals are obvious. Many of the metals listed in Table 1.1 are transition elements, in which the outermost subshells (4s, 5s, 6s or 7s) are filled before the interior subshells. Transition metals frequently have multiple valences and are important for orthodontic and restorative alloys.

Physical interatomic bonding occurs with symmetric atoms (noble gas atoms) or molecules, such as methane (CH4), where weak dispersive forces arise from fluctuations in the electronic charge distribution. This bonding mode can have significance for the adhesion between different materials where a polymeric material is involved. The other type of physical bonding occurs with asymmetric molecules having permanent dipole moments, such as water (H2O), where strong electrostatic forces exist between the positive and negative centers of charge.

In general, materials can be subdivided into two categories according to their atomic arrangements. In crystalline materials there is a three-dimensional periodic pattern of the atoms, whereas no such long-range periodicity is present in noncrystalline materials, which possess only short-range atomic order.

It is appropriate to first consider the pure metals, which have the simplest compositions (a single element) and atomic arrangements. Except for extraordinary conditions of preparation (solidification from the liquid state or condensation from the vapor state under extremely rapid conditions) that are not applicable to dental alloys, metals always have crystalline structures. There are seven crystal systems (cubic, tetragonal, orthorhombic, rhombohedral [trigonal], hexagonal, monoclinic, and triclinic), with lattice parameters as summarized in Table 1.2. The corresponding fourteen space lattices (Bravais lattices) are listed in Table 1.3. Inherently, a space lattice is a geometric construct wherin each point has identical surroundings. Crystal structures of real materials are based upon space lattices, where there is a single atom or a group of atoms at each space lattice point.

The axial lengths (a, b and c) are the atomic repeat distances or lattice parameters along the three crystallographic axes, except for the hexagonal system where the axial lengths (a1, a2 and a3) in the basal plane are used.

For crystal systems other than hexagonal, the axial angle α is the angle between the b and c axes, and the β and γ angles have analogous definitions. In some textbooks the rhombohedral system is referred to as the trigonal system. 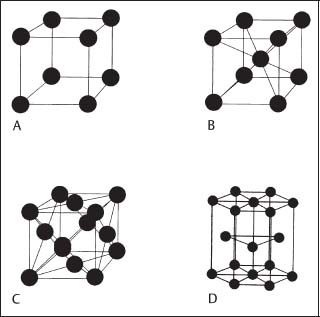 It can be seen that, while nickel and chromium have the fcc and bcc structures, respectively, at all temperatures below their melting points, iron and titanium have crystal structures that depend upon temperature. For example, titanium has the hcp α structure from room temperature up to ~ 880 °C, where there is a transformation to the bcc β structure. At room temperature iron has the bcc α structure and transforms to the fcc γ structure at ~ 910 °C. The different crystal structures of a given metal (or other crystalline material) are termed polymorphic or allotropic forms. Cobalt ordinarily has the hcp α structure but can also exist in an fcc β polymorphic form.

In textbooks on crystallography, the term simple is by the term primitive

Ceramics, which consist of more than one atomic species, can have crystalline or noncrystalline structures, depending upon the material and sometimes the mode of preparation. Important ceramics for orthodontic applications are aluminum oxide (alumina) and zirconium oxide (zirconia), which are used as bracket materials (Chapter 7). Other ceramics are found in the powder portions of cements (Chapter 11). Silicon dioxide (silica) is an important filler in composite restorative resins.

The crystal structure of aluminum oxide is illustrative of the principles involved with ceramics having substantial ionic bonding character. The crystal structure consists of a nearly hcp arrangement of the larger oxygen anions (O2−), with the smaller aluminum cations (Al3+) located in two-thirds of the octahedral interstitial sites in the hcp structure (Fig. 1.2). The layers in the structure provide the maximum separation of the Al3+ ions. These octahedral sites have six-fold coordination, i.e., each aluminum ion is surrounded by six oxygen ions. The crystal structure is determined by the ratio of the radii of the aluminum and oxygen ions and the requirement of an electrically neutral unit cell. The crystal structure of zirconia at room temperature consists of a distorted simple cubic (monoclinic) arrangement of the oxygen ions, with the zirconium cations (Zr4+) located in half of the available sites (eightfold coordination), similar to Figure 1.3. 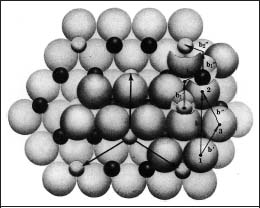 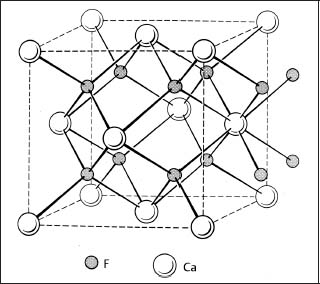 Fig. 1.3 Structure of calcium fluorite (CaF2), which is similar to the structure of zirconia. (From Kingery et al, 1976) 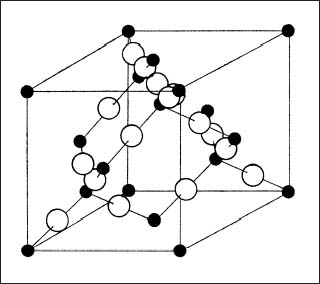 The structure of fused or vitreous silica has the short-range order of the silicon and oxygen ions shown in Figure 1.5 but lacks the long-range periodicity found in crystalline materials. For feldspathic dental porcelain, where glass-modifying or fluxing oxides such as Na2O, K2O, and CaO are added to SiO2, the Na+, K+, and Ca2+ ions disrupt the three-dimensional silicate framework structure. Nonbridging oxygen ions that do not connect Si4+ ions are created by these large cations, which are situated in open spaces in the structure (Fig. 1.6). 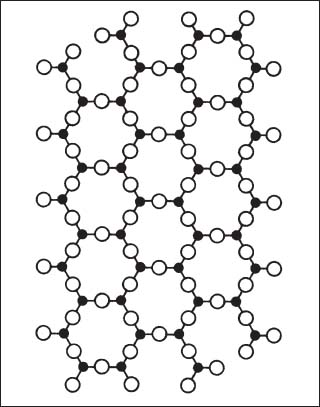 Fig. 1.5 Two-dimensional illustration of the structure of quartz. (From Kingery et al, 1976) 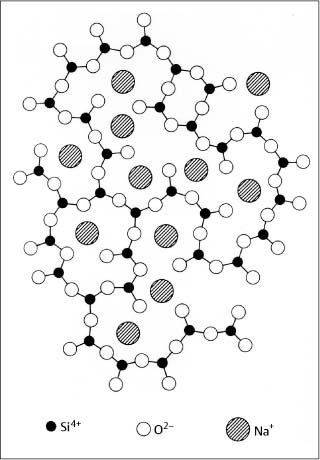 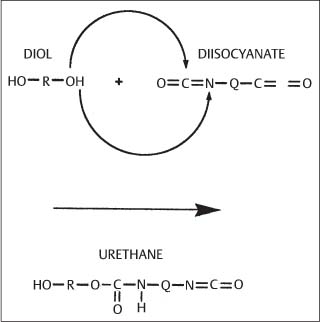 Fig. 1.7 General structure of a urethane group (OCONH) formed by the reaction of a diol and a diisocyanate. (From Anusavice, 1996)

A variety of polymeric materials are used in orthodontics, such as elastomeric impression materials (Chapter 12) and polyurethane modules for tooth movement (Chapter 8), adhesive cements for bonding brackets to enamel (Chapter 10), and polycarbonate brackets (Chapter 7). All of these polymeric materials are based upon macromolecules with varying compositions, molecular weights, and degrees of cross-linking. The general structures of a polyurethane elastomer for tooth movement and an alginate impression material are shown in Figures 1.7 and 1.8, respectively. The polymers have predominantly noncrystalline structures without long-range periodicity. Illustrations of important structural components for adhesive resins will be shown in Chapter 10. Information on the structure of polymeric materials is presented in references listed at the end of this chapter.

Mechanisms for permanent deformation of polymeric materials include chain stretching, slippage between adjacent chains, and chain scission. There is no mechanism on the molecular level in the noncrystalline orthodontic polymers that is analogous to the dislocation motion or twinning that occur in crystalline metals. Consequently, the cross-linked adhesive resins and the polycarbonate brackets fail in a brittle manner, although slow, time-dependent creep deformation under static loads may be possible. Under normal loading conditions, these brittle polymers will fail by propagation of cracks from microstructural flaws, analogously to the situation for ceramics. 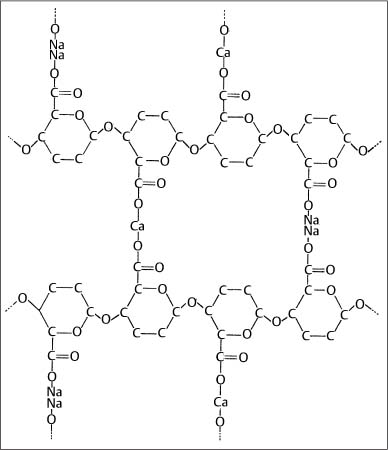 The clinically important property areas for orthodontic materials include mechanical and surface properties for a variety of materials, and the corrosion properties for archwire alloys. The purpose of this section is to introduce property terminology that will be germane to the subject matter presented in subsequent sections of this chapter and that will provide a background for understanding the properties of the different types of orthodontic materials discussed in Chapters 4 to 15.