1 Potential Adult Orthodontic Patients – Who Are They?

Potential Adult Orthodontic Patients – Who Are They?

Who are the patients?

How do the patients express their needs?

How can the orthodontist advise such patients?

Communicating with the patient

The number of adult patients receiving orthodontic treatment is increasing worldwide. According to the editor of the Journal of Clinical Orthodontics, the time when orthodontics was just for children is definitely over (Keim et al. 2005a,b). The increase in the number of adult patients requesting orthodontic treatment is also reflected in European countries (Burgersdijk et al. 1991; Stenvik et al. 1996; Kerosuo et al. 2000). Vanarsdall and Musich (1994) listed five reasons for this change. Three concerned the improved capacity of the profession to treat problems in adult patients either only orthodontically or in combination with orthognathic surgery. Two points referred to the patient’s desire to maintain their natural teeth.

Proffit (2000) explained that the increase in the number of adult patients seeking treatment was due to greater availability of information, and analyzed the motivation necessary to seek orthodontic treatment as an adult. However, the patients referred to by Proffit are mostly well informed about the possibilities and limitations of orthodontic treatment, and while this assertion may be valid within certain socioeconomic groups in the USA, it is rarely the case in Europe. A possible explanation of this difference between the USA and Europe could be the marketing of orthodontics in the USA. In Europe it is often ignorance and insecurity that characterize the adult patients seen in the orthodontist’s office. Patients may come on their own initiative because they are dissatisfied with either the appearance of their teeth or their ability to chew, or due to a combination of both, or they may have been referred by their family dentist.

Who Are the Patients?

How can we characterize the adult population presenting to an orthodontic office? Adult patients can be classified according to several criteria. While they all share the fact that they are no longer growing, we must differentiate between young adults, who have recently stopped growing, and older adults, who have experienced deterioration of their dentition and changes in their occlusion over time (Figs 1.1 and 1.2). 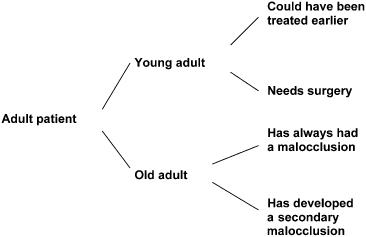 Fig. 1.2 (1–3) An adult patient demonstrating a gradual increase in overjet over time.

Young adult patients are those who, from a professional point of view, should have been treated earlier, or those in whom optimal treatment can be carried out only after cessation of growth. Based on the importance of the impact of genetics on the final skeletal morphology (Savoye et al. 1998), it is frequently considered desirable to postpone treatment of severe skeletal deviations that can be recognized in other members of the family until adulthood, at which time surgical treatment can be carried out (Fig. 1.3).

Fig. 1.3 Extraoral photograph of a young woman whose treatment was postponed until adulthood as a surgical solution was foreseen. The malocclusion had worsened over puberty but since it was reflecting a family facial pattern, treatment was delayed until cessation of growth. 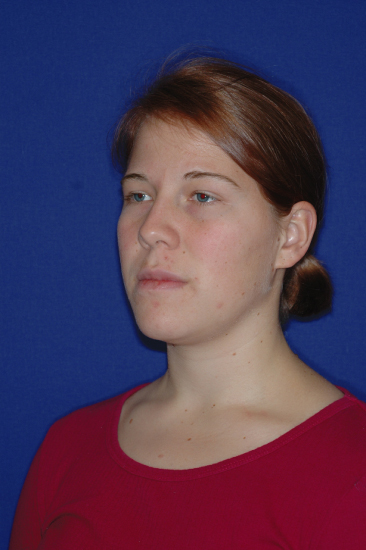 Some young adult patients with severe malocclusions should, however, have been treated earlier. Their malocclusion, which was not considered as an indication for treatment when younger, worsens with time and leads them to seek treatment as adults (Figs 1.2 and 1.4). Proffit (2006) diagrammatically illustrated where tooth movement alone can solve the problem, where tooth movements combined with growth modification is needed and where surgery is considered necessary. However, the lines indicating the limits should not be considered as sharp cut-off points but rather as indicative of a ‘grey zone’ in which more than one treatment option can be considered (Fig. 1.5). Cassidy et al. (1993) discussed making a decision about surgery based on the advantages and disadvantages of surgical and orthodontic approaches to the treatment of these patients. On the basis of analysis of post-treatment changes and a risk analysis they concluded that conventional orthodontic treatment is a better choice in borderline cases.

Fig. 1.4 (1–3) A slight increase in overjet which did not qualify for publicly funded treatment. The overjet increased over the years and a medial diastema developed, leading to a more severe malocclusion. (4) In addition to the increased overjet there was extrusion of the upper incisors. 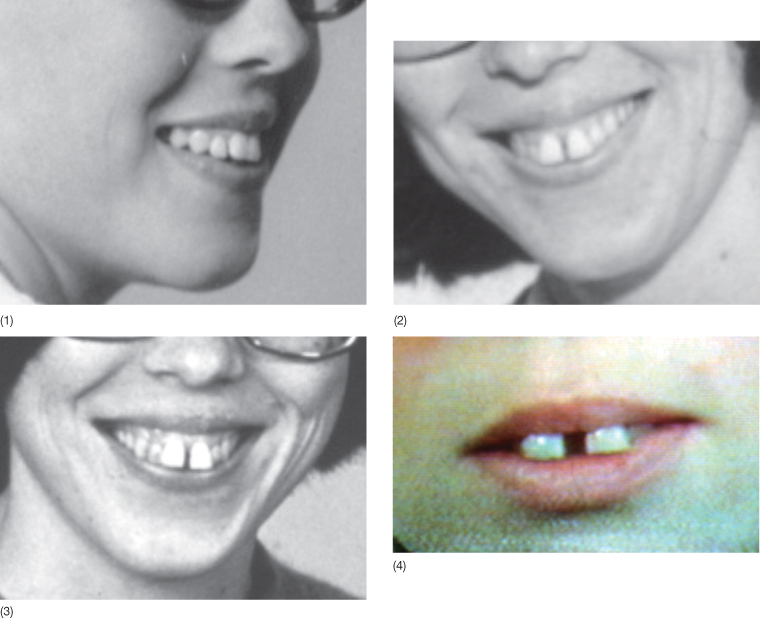 Fig. 1.5 Diagrammatic illustration of the changes in incisor position in growing and non-growing individuals that are possible with orthodontic tooth movement, growth adaptation and orthognathic surgery. The teeth in the centre of the coordinate system illustrate the ideal position. The inner envelope of each diagram illustrates the possible correction that can be obtained by tooth movements alone. It should be noted that the envelope is elliptical in shape as the limits of movement in the labial and lingual direction are not the same. Labial movement is easier in the maxilla and lingual movement is easier in the mandible. The middle envelope indicates what can be achieved if orthodontic tooth movement is combined with growth modification. The outer envelope indicates the possibilities of treatment when surgery is performed. 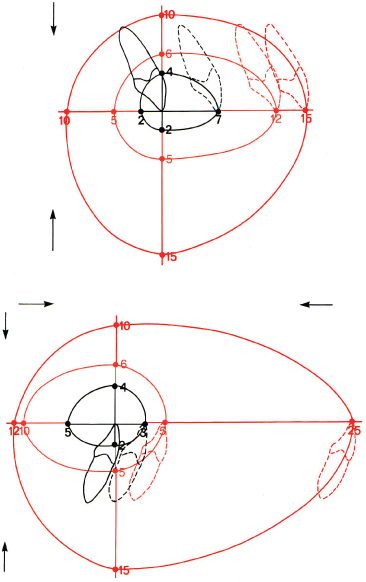 Surgery should not be a substitute for orthodontic treatment but when treatment is delayed beyond the time when growth modification is possible, surgery is often the only possible solution. A lack of treatment at the most convenient time thus adds to the number of surgical candidates. Another factor contributing to the increased demand for orthognathic surgery is the simplification of orthodontic techniques. The use of pre-adjusted brackets and the ‘straightwire appliance’ (SWA) has certain limitations and may contribute to the increased indication for orthognathic surgery. When the available mechanics are limited to ‘straight wires’ only, however, for patients in ‘grey zone’, the most suitable treatment option seems to be leaning more and more towards surgery (Burstone 1991).

Very few features of malocclusion reduce with time (Harris and Behrents 1988), with both Class II and Class III malocclusions becoming more severe (Fig. 1.6). Therefore, if a skeletal deviation which could have been handled by growth modification is left to worsen until growth ceases, the only possible treatment may be a combination of orthodontics and surgery. A reason, although not acceptable, for the increase in the number of patients receiving orthognathic surgery is the fact that treatment comprising orthognathic surgery is frequently paid for by a third party, i.e. insurance or public funds. This has led to a preference for a surgical solution in borderline patients who could be treated either with or without surgery. Third party involvement in orthodontic services may thus result in the unfortunate development of an increase in the number of adult patients needing treatment when the indication for treatment depends on the severity of the malocclusion as based on static morphological criteria. Where the percentage of children who can be offered publicly funded treatment is determined politically, the orthodontist has only limited freedom in determining how the resources available should be used in the most efficient way (National Board of Health 2003). As a result, the orthodontist may opt not to treat the most difficult cases but refer them to surgery, thus shifting the responsibility for these cases to another part of the health service. Excessive tightening of the criteria for reimbursing treatment costs may therefore increase rather than reduce the total costs for the ‘third party’ in the long run (Mavreas and Melsen 1995).

Fig. 1.6 Graphic illustration of the development of occlusion with age. Note that the Class II and III malocclusions have worsened.

(Redrawn from Harris and Behrents 1988, with permission from Elsevier.) 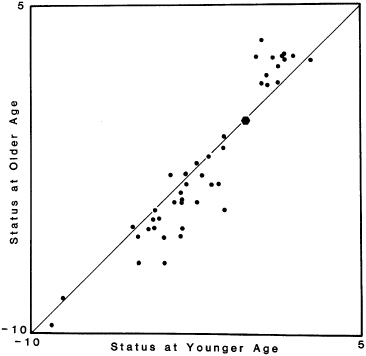 Older adult patients, over age 40, present with signs of ageing, deterioration or a dentition often characterized by extensive rehabilitation (Proffit 2000). The number of these patients is also increasing and the patients often present with a ‘secondary malocclusion’, i.e. malocclusion that has developed or has worsened in adulthood. This may occur as a result of deterioration of the dentition and the periodontium due to poor dental care. The aetiology of these malocclusions will be dealt with in more detail in Chapter 3.

In addition to age, adult patients can also be classified based on reasons for the first consultation. Some patients may come on their own intuition; others are referred by family or friends or a general dentist. Family and friends may hear about the possible treatments offered by orthodontists or they may have noted an ongoing deterioration in the patient’s occlusion, e.g. increasing spacing or crowding. Aesthetics plays a major role as a motive for treatment among these patients (Fig. 1.7). Functional problems related to speaking (Fig. 1.8), chewing or temporomandibular disorder (TMD) symptoms are other motives for seeking orthodontic treatment. The family dentist may also refer a patient because he or she considers orthodontic treatment necessary in order to halt ongoing deterioration of a dentition or because the present tooth position and/or occlusion do not provide a satisfactory basis for planned prosthodontic rehabilitation (Fig. 1.9).

Fig. 1.7 This patient came with a photograph taken at home and declared, ‘I was not aware that my teeth were sticking out that much’. 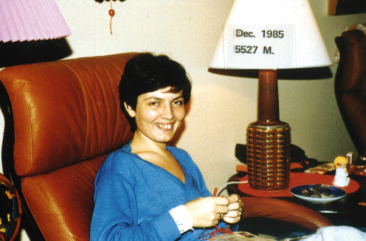