Impacted teeth are a common problem. Orthodontists and oral and maxillofacial surgeons spend a lot of time assessing tooth position and eruption patterns and managing patients referred from general dentists who have usually seen these impactions on intraoral or panoramic radiographs. Permanent canines erupting abnormally are common, as are horizontally impacted mandibular third molars. Even supernumerary teeth are a common enough anomaly to require additional radiographic assessment. Cone beam computed tomography (CBCT) is the most appropriate way to perform this assessment for preoperative planning and orthodontic management. It is likely that CBCT will become the standard of care for the assessment of all impactions in the near future. 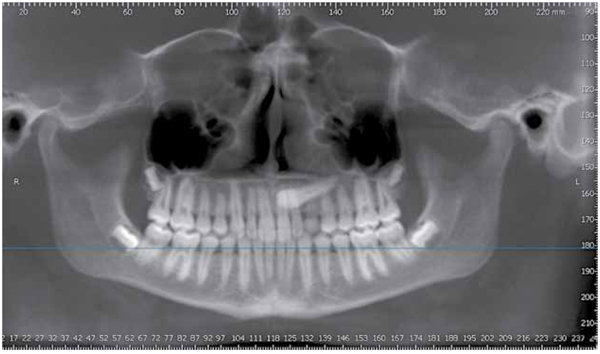 Fig 6-1a A panoramic image, reconstructed from the cone beam data volume, represents the type of image that would serve for the initial assessment of the missing canine. There is no way to determine the correct orientation (facial or palatal position) from this panoramic image. The primary canine is retained. The permanent canine is impacted horizontally. 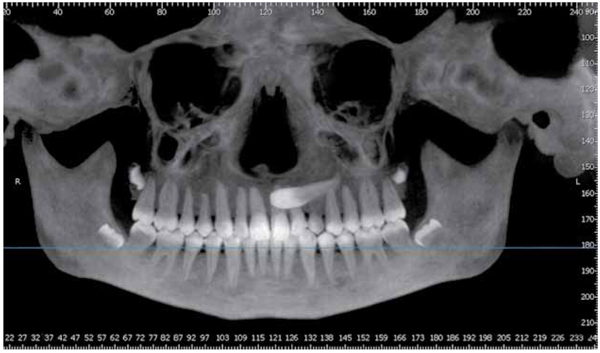 Fig 6-1b The same image as Fig 6-1a, using a maximum intensity projection view. The canine appears to be anterior to the central and lateral incisors. 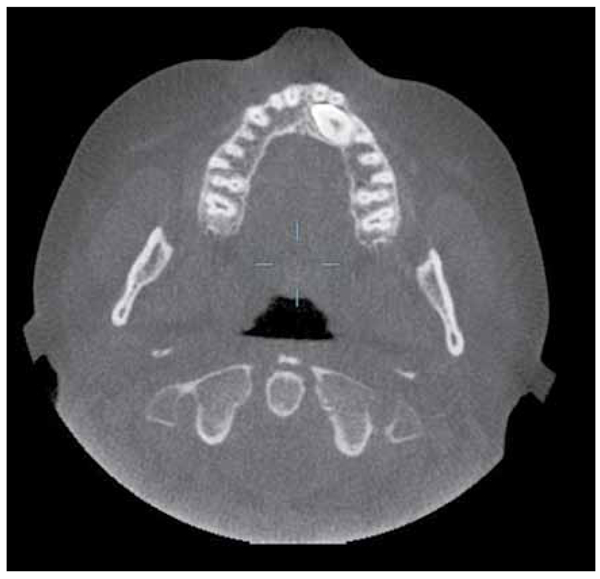 Fig 6-1c The cone beam multiplanar reconstructed (MPR) axial image reveals the correct position of this impacted canine. It is posterior to the central and lateral incisors and the retained primary canine. 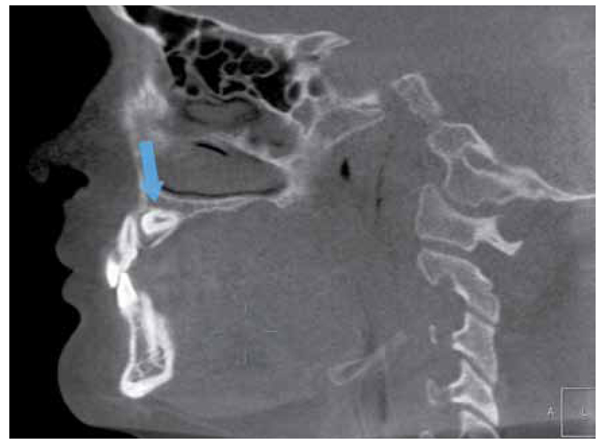 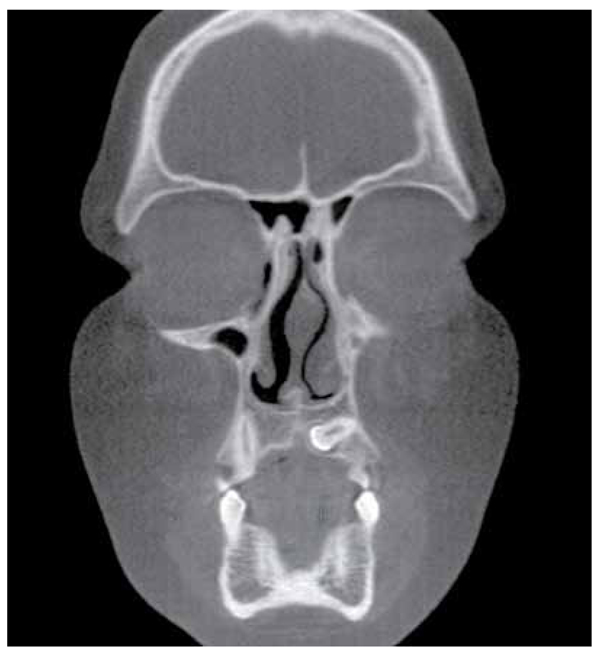 Fig 6-1e The cone beam MPR coronal image reveals the position of this impacted canine as posterior to the central and lateral incisors. 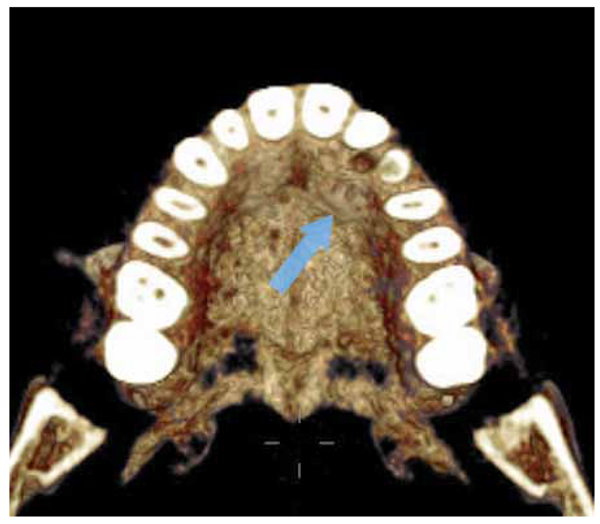 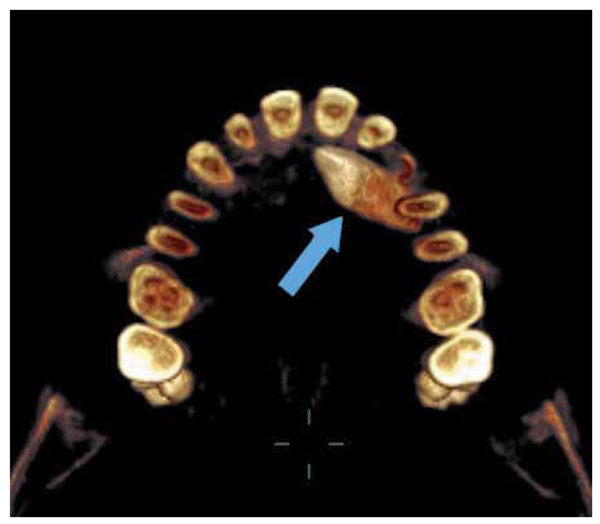 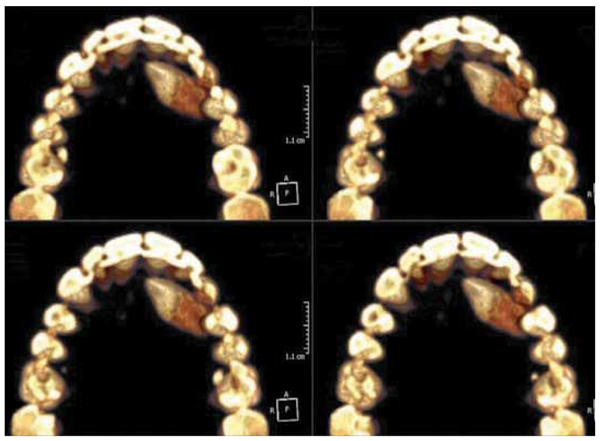 Fig 6-1h A 3D color reconstruction (18.3 mm thick) formatted in a “4-view” series shows the canine position unobstructed by bony anatomy at the level of the incisal edges of the maxillary and mandibular anterior teeth. 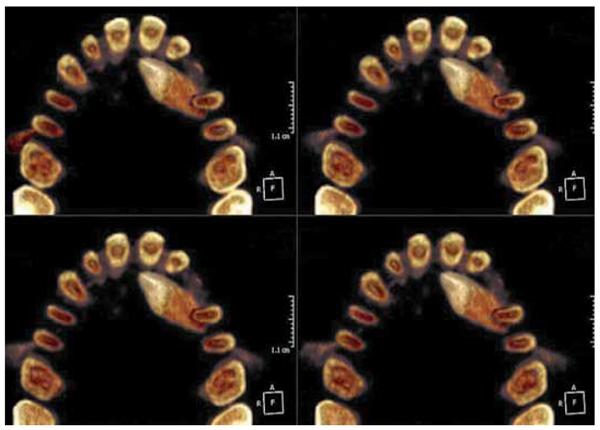 Fig 6-1i A 3D color reconstruction (18.3 mm thick) formatted in a “4-view” series shows the canine position unobstructed by bony anatomy at the level of the midregion of the pulp canals of the maxillary premolars. 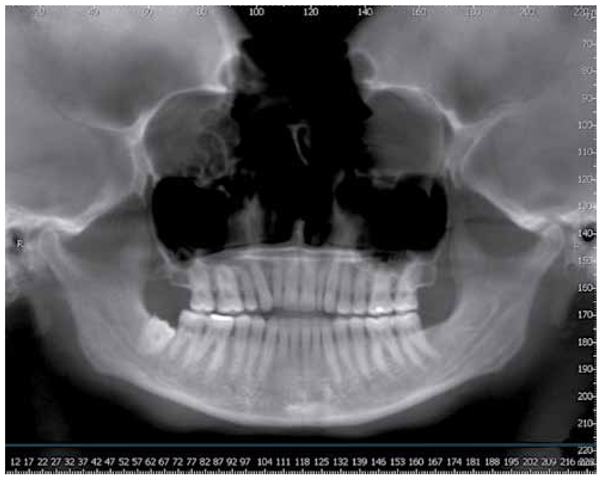 Fig 6-1j A panoramic image of a vertical impaction of the mandibular right third molar reveals that the inferior alveolar nerve canal passes close to the apex. 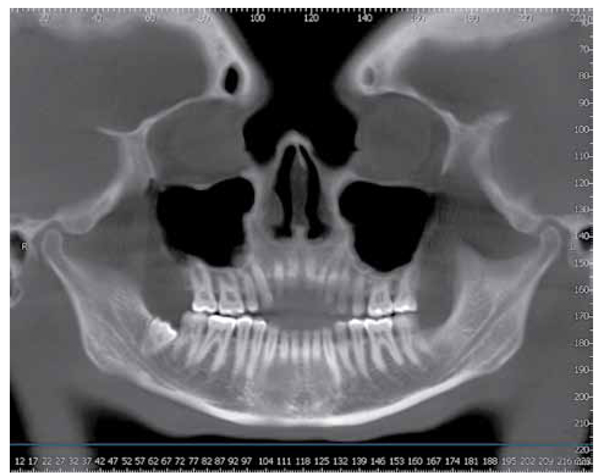