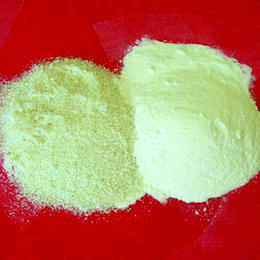 The mechanical behavior of alumina is strongly affected by its microstructure because of the propagation of cracks and secondary microcracks. The improvement of mechanical properties of alumina for use in unfavorable service situations is one of the major challenges facing researchers in recent decades.
Piconi and Maccauro (1999) state that alumina used as a biomaterial must have high purity (99.9 %), low porosity (<0.1 %), high flexural (>500 MPa) and compression strength (>4,100 MPa), a K IC superior to 4 MPa.m1/2 and hardness greater than 2,200 HV0,1 (Figs. 7.3 and 7.4).

Fig. 7.3
Relationship between porosity and K IC in alumina ceramic bodies exposed or not to acetic acid

Patients throughout the world are showing a growing interest in restorative dental materials, which enable natural teeth to be faithfully recreated with regard to their function and aesthetic appearance.
Tooth color is caused by volume reflection: the passage of incident light through the translucent enamel and dentine followed by backward emergence. This passage is concurrent with the sideward displacement of photons that, in effect, influences the result of spectrophotometric measurement of tooth color. This phenomenon would be applied similarly to shade guide tabs which were made to mimic the color and structure of natural tooth.
Optical properties of human teeth are influenced by their external configuration. Tooth dimension, shape and surface structure generate light reflection patterns, which influence the overall color. Knowing that the amount of reflected and absorbed light depends on the thickness and translucency of dentine and enamel, it is evident that the thickness of the dentine and enamel affect tooth color.
Color assessment is regarded as a complex psychophysiologic process subject to numerous variables. Dentin is considered to be the primary source of color for teeth, which is modified by the thickness and translucency of overlying enamel. The perceived color of natural teeth is a result of light reflected from the enamel surface, in addition to the effect of light scattering within enamel and dentin before it is ultimately reflected back. Clinically, it is important that ceramic restorations reproduce the translucency and color of the natural teeth.
Only gold members can continue reading. Log In or Register to continue