8: Surgery as an Aid to Orthodontics

Surgery as an Aid to Orthodontics

This chapter will describe techniques that can be used to aid the eruption and movement of teeth.

After reading this chapter you will have an understanding of the surgical techniques available to aid orthodontics.

When planning minor oral surgery in combination with orthodontics, it is important to coordinate treatment with the clinician performing the tooth movement, which may vary. An example is the exposure of a palatally placed unerupted permanent maxillary canine (see below). Some orthodontists advocate maintenance of the deciduous canine, while others prefer the deciduous tooth to be removed at the time of the exposure.

Minor oral surgery can help orthodontics in many ways. The following are some examples:

There are two basic techniques of exposure. These are:

These methods may be employed alone or in combination with extraction – for example, of a preceding deciduous tooth. The choice between the two exposure methods depends upon the position of the unerupted tooth.

The position of the unerupted tooth is established by:

Clinical examination may detect bulges over unerupted crowns. In addition, the tipping of adjacent teeth can often offer clues to the position of an unerupted tooth. If the crown of an upper lateral incisor is tipped palatally, it suggests that an unerupted canine is palatal, as it is pushing the incisor root buccally.

A number of radiographic techniques can be used to localise buried teeth. The most useful examples are two periapical views taken at different angulations or panoramic and occlusal views. A panoramic view may provide information on its own by comparison of the two sides. Teeth closer to the X-ray tube (that is teeth placed palatally) appear larger on the film.

If the crown of the unerupted tooth is covered by attached gingiva, such as the palatal mucosa, then simple tissue sacrifice followed by bone removal is normally sufficient (Fig 8-1). Palatal tissue sacrifice can occasionally produce significant bleeding, as part of the incision may cut the greater palatine artery. This is easily controlled by passing a suture across the posterior part of the wound (Fig 8-1). The defect in the gingiva or palatal mucosa is best packed to prevent early tissue overgrowth. In addition, this may aid patient comfort. A variety of packs may be used, such as ribbon gauze soaked in Whitehead’s varnish (Fig 8-2), a periodontal dressing such as Coe-Pak or bone wax. These may be held in place by sutures or, if a dressing material or bone wax is used, they can be added to a cover plate or removable orthodontic appliance (Fig 8-3). When held in place by sutures, the pack should be removed about seven to 10 days post-operatively. If the pack is added to an appliance it can be maintained indefinitely. 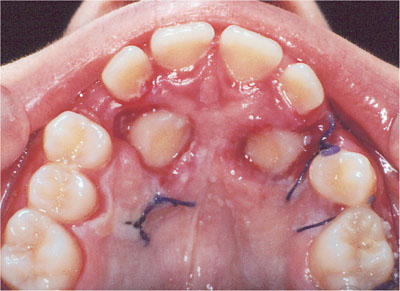 Fig 8-1 Two upper permanent canine teeth that were exposed by soft tissue sacrifice and bone removal. The suture on the patient’s right side was used to arrest haemorrhage from the greater palatine artery. The sutures on the left were used to replace a small palatal flap that was raised to remove a palatally positioned ectopic second premolar, performed at the same time as the canine exposures. 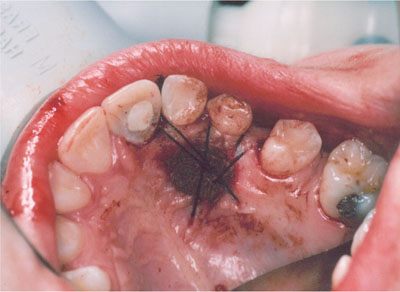 Fig 8-2 Ribbon gauze soaked in Whitehead’s varnish and held in position with sutures, used as a pack over an exposed maxillary canine. 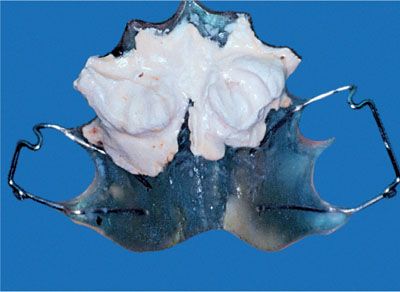 Fig 8-3 Coe-Pak on an upper removable appliance used as packs to cover the canines exposed in Fig 8-1.

When the crown of the tooth is located under reflected mucosa or when tissue sacrifice would involve part of the wound margin including reflected mucosa, another exposure technique should be chosen. This may involve the attachment of orthodontic appliances as described below. Alternatively, flap repositioning may be used. In this technique, once the flap has been raised it is repositioned apically to its original location (Fig 8-4). This produces a cuff of attached gingiva at the cervical margin of the exposed tooth. In the early post-operative phase the gingival margin can be quite bulky (Fig 8-4b), but this resolves with time. If this method compromises the gingival margins of neighbouring erupted teeth, it should not be used and one of the methods described later should be selected. 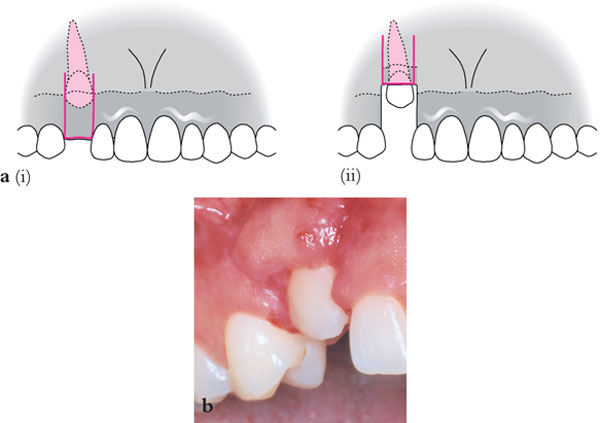 A number of different devices can be attached to unerupted teeth to allow orthodontic traction to be applied. These include: 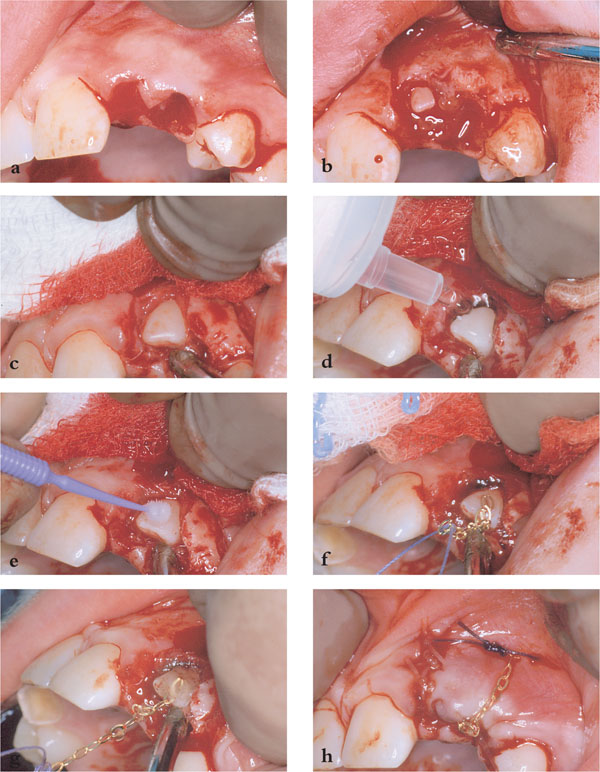 Tags: Minor Oral Surgery in Dental Practice
Jan 14, 2015 | Posted by mrzezo in Oral and Maxillofacial Surgery | Comments Off on 8: Surgery as an Aid to Orthodontics
Premium Wordpress Themes by UFO Themes
WordPress theme by UFO themes