Self-ligating brackets have an inbuilt labial face which can be opened and closed to retain and release engagement of the archwire. This labial face is usually metal but can be ceramic or plastic resin and is usually referred to as a clip or slide. Brackets incorporating their own ligation system have existed for a surprisingly long time in orthodontics but they have made a major impact in orthodontics only in the past decade. New designs continue to appear, with at least 20 new brackets since 2000. Several earlier designs had deficiencies, for example the clips or slides were too awkward to open and close or were prone to distortion or fracture or to inadvertent opening between visits. There are now some excellent self-ligating brackets available. Two popular and representative brackets are the Damon MX (Figure 32.1) and the In-Ovation (Figure 32.2). The author has a fairly wide range of experience of self-ligation, having used 15 types of such bracket since 1982 with exclusive use of self-ligating brackets since 1995. Claims for the advantages for such brackets have ranged from the straightforward to the more surprising. A straightforward and easily tested claim is that these brackets are quicker to use than conventional ligation. A more thought-provoking and challenging claim is that self-ligation enables the low forces from the lips to influence the direction and extent of tooth movement during alignment. This chapter aims to briefly examine these claims and summarise the current and probable future place of self-ligation. 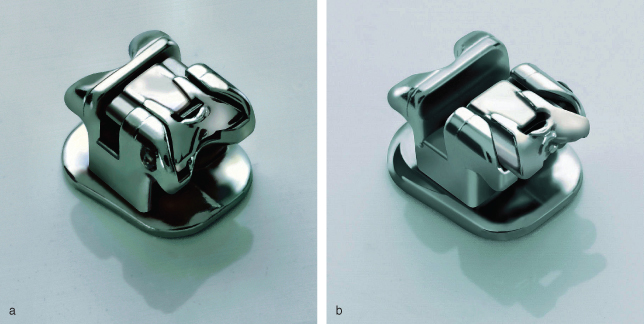 Figure 32.2 The GAC IN-Ovation bracket is a popular active self-ligating bracket. The flexible clip intrudes into the slot, decreasing its labiolingual dimension. 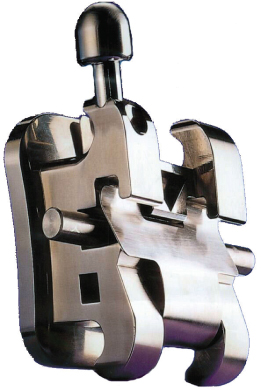 THE DEFICIENCIES OF CONVENTIONAL LIGATION 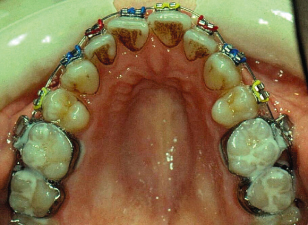 Figure 32.4 Failure of elastomerics ligatures to maintain full engagement on three of the six ligated teeth. This necessitated a backward step in treatment. 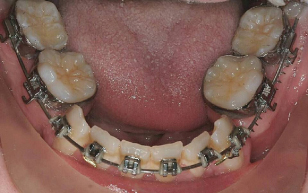 In the past two decades, a consensus has emerged on the potential core advantages of self-ligation. These address all the deficiencies of conventional ligation:

Self-ligating brackets vary in their capacity to reliably deliver these potential core advantages, but the best deliver on all of them. The first three advantages in the list can be considered proved beyond reasonable doubt, the fourth is self-evident since no passing to and fro of ligatures is required and the last core advantage on the list is a tenable hypothesis but is not yet proven.