Endodontic materials are used to obturate the root canal system of teeth when the pulp tissue has been destroyed either as a consequence of trauma or subsequent to tooth decay involving the pulp and infection of the pulp tissue. The objectives of endodontics are to:

The purpose of endodontic irrigants is to flush the debris from preparation of the root canal out of the prepared area, to help to both disturb debris in the canal and finally to disinfect the canal.

The properties of an ideal irrigant, as adapted from Walton & Toribinejad, 2002 are:

A variety of liquids have been used for this purpose which achieve the desired outcomes to a varying degree. The ability of the various liquids used as irrigants to fulfil these roles is shown in Table 31.1.

The most effective of the currently available materials is sodium hypochlorite which is usually used at a concentration of between 2 and 10%. There are a variety of proprietary solutions available for this purpose but care needs to be taken with their use particularly if the solution is going to be used in association with an ultrasonic instrument with internal irrigation. The alternative is to dilute commercially available ‘thin bleach’ from a supermaket. These products normally contain about 5.25% hypochlorite and should be diluted 1 : 1 with water giving a 2.6% solution for irrigation. One of the disadvantages of sodium hypochlorite is that it is a tissue irritant resulting in ulceration of the oral and oesophageal mucosa if it is allowed into the mouth and an intense and extremely painful inflammatory response if it is expressed out of the tooth into the bone around the tooth (Fig. 31.1). Under normal circumstances leaching into the mouth is prevented by using a rubber dam to isolate the tooth from the oral environment. However, hypochlorite should NOT be used as an irrigant in circumstances where this is not achievable, either as a consequence of loss of coronal tooth structure or where it may not be possible to confine the irrigant within a tooth; for example where the apex of a tooth has not fully formed at the time of pulp death or where the clinician is aware that there has been internal damage within the structure of the root resulting in a perforation through the side of the root through which irrigant could leak. The most appropriate alternative is chlorhexidine gluconate in a 0.2% solution. This is available commercially as a mouthwash.

Fig. 31.1 Facial swelling caused by a ‘hypochlorite accident’. Hypochlorite is highly irritant to bone and soft tissue resulting in rapid development of pain and swelling. This responds to analgesia and takes 10–14 days to recover. Removal of the tooth is of no benefit. 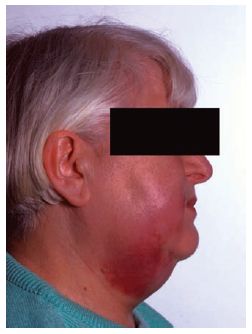 Table 31.1 The capacity of different irrigants to undertake the roles of an endodontic irrigant.

All of the solutions that are used as irrigants will to an extent lubricate the passage of instruments into the root canal. In addition, gel preparations containing ethylene diamine tetra acetic acid (EDTA) have been described as custom lubricants. In addition to their lubricating role the EDTA will also soften the walls of the canal and may facilitate the negotiation of canals where there has been internal mineralization of the canal system.

The basis for use of intra-canal medicaments is controversial. There is little evidence for their benefit unless there are problems with obtaining pulpal anaesthesia or where the clinician is attempting to either induce formation of the root apex in young patients or arrest the progress of internal or external root resorption. There are three medicaments that have been widely used.

This is a disinfectant whose use has been advocated to reduce the risk of recurrent infection of the root canal system between visits. Unfortunately its effectiveness is very short-lived within root canals as it is denatured in the presence of calcium and there is currently no clinical indication for use of this medicament.

Non-setting calcium hydroxide has a very high pH (of the order of 11) and has a potent antimicrobial action as a consequence. It is also a mild tissue irritant and has been shown to promote closure of root apex (apexogenesis) in teeth where loss of vitality has occurred before normal growth and development of the tooth is complete. The rationale for its routine use as a medicament between visits during endodontics is unclear but it can be left within the tooth for long periods of time when trying to induce apex closure or arrest root resorption.

This is a proprietary poly-antibiotic paste that contains a mixture of a corticosteroid, a sulphonamide and a tetracycline. It is used during the management of ‘hot pulps’. When nerve tissue is inflamed it is less susceptible to the effects of local anaesthetic due to changes in tissue pH. In this circumstance it can be difficult to obtain adequate pain relief when gaining access into the pulp chamber. Use of this paste can result in a reduction of pulpal inflammation and facilitate access at the next visit. The paste loses its effectiveness after 5 to 7 days so there is no benefit to be gained from leaving it in the pulp chamber for any longer.

A root canal is a complex three-dimensional space (Fig. 31.2). The objective of contemporary canal preparation techniques is to clean and shape this space to remove bacteria and infected debris and then to prepare the space to facilitate its obturation. There is no attempt to try to prepare the space to conform to a notional geometric form. As a consequence contemporary obturation materials need to be plastic during placement to allow them to be moulded to the canal form. It should also be possible to remove part or the entire root filling with ease after it is completed, to permit the use of a post to facilitate restoration of the tooth or repeat endodontics if that is ever required.

Silver points that had a matching taper to the files or reamers used to prepare the canal were used at one time to obturate the canal space. When these materials were in vogue it was thought that it should be possible to machine the walls of the root canal to make it a smooth tapered preparation that the silver point would then ‘match’. The points were sealed into place with an appropriate sealant (see later). It is now known that the fundamental principle behind this approach is flawed in that the anatomy of most root canals is far too convoluted to allow for a seal to be developed by machining the root dentine in this way. Furthermore the silver points themselves underwent corrosive breakdown within the canal system resulting in breakdown of the seal.