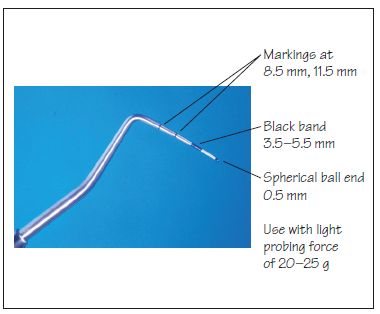 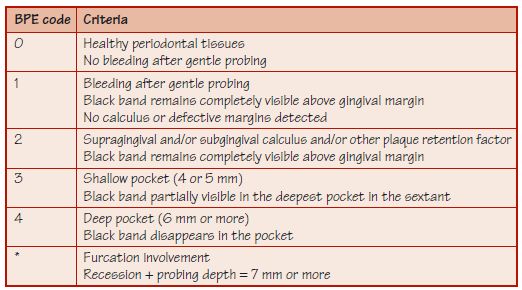 Figure 17.4 Use of probe and codes for BPE. Code * Recession and probing depth = 7 mm or more. 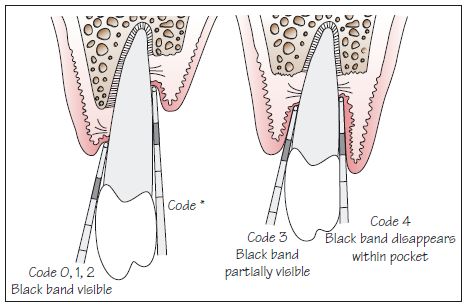 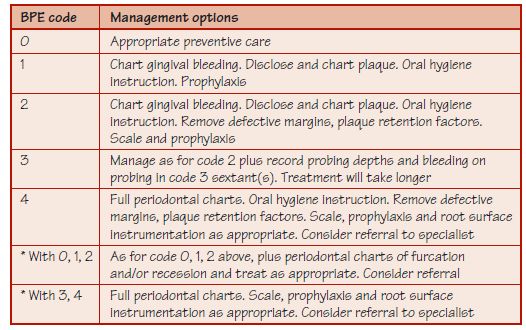 Figure 17.7 Suggested periodontal indices to use for BPE codes. 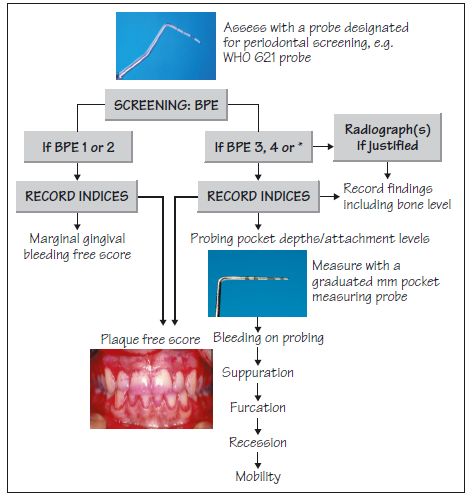 Periodontal screening provides a quick and easy method of detecting periodontal disease so that appropriate treatment and patient education can be started at the earliest opportunity. In the United Kingdom, periodontal screening has been recommended for use in general dental practice by the British Society of Periodontology since 1986. The system initially employed was the Community Periodontal Index of Treatment Needs (CPITN) but this has since been reconfigured for use in individual patients as the Basic Periodontal Examination (BPE). It is also used in Europe. The equivalent system in the United States of America is Periodontal Screening and Recording (PSR), which was introduced by the American Dental Association and the American Academy of Periodontology into general dental practice in 1992.

Why use periodontal screening

• It is a simple, rapid and cost-effective method of assessing patients for periodontal diseases.
• It is comfortably tolerated.
Only gold members can continue reading. Log In or Register to continue