Some problems still exist with the metal shoulder margin for general porcelain-fused-to-metal restorations. The metal shoulder margin in porcelain-fused-to-metal crowns can be easily deformed through repeated firings at high temperatures in the fabrication procedures. Metal deformation can occur with this metal in the margin area and eventually results in a poor fit.

To solve these problems, the porcelain margin technique using refractory investment casts or platinum foil have been used. However, these require special materials and procedures and involve sophisticated, time-consuming operations beyond that which is necessary for usual porcelain-fused-to-metal restorations.

In this technique, any type of modern die materials including epoxy resin, copper plating, stone, and improved stone, may be used.

These materials are surface hardeners used to increase the hardness of the stone surface. The hardeners help prevent the stone margin from being weakened by water absorption. In addition, the materials are effective for preventing porcelain material from adhering to the stone surface. Release agents for porcelain such as Iso-Stift, have been marketed recently to prevent adhesion of porcelain on die materials particularly in the case of stone dies used as pontics and antagonists. Application of these agents to surfaces previously coated with a surface hardener makes performance of the operation smoother.

b. Selection of Metal and Porcelain Materials

Although the usual combination of metal and porcelain materials appears to be acceptable, higher reliability is obtained by selecting a combination with a slightly greater difference in coefficients of thermal expansion between materials since one firing cycle for body porcelain is added in this technique. For example, a combination of Stern MFY and VMK 68 is appropriate. This higher reliability is particularly important when the connection between the two materials is done using a postsoldering technique.

Metal is not necessary in the shoulder area since the area is restored with 0.5–0.7 mm of porcelain material. Except for this area, the framework is designed similar to other porcelain-fused-to-metal designs (Fig. VI-1).

Figs. VI-1a and b Metal framework for porcelain margin technique. 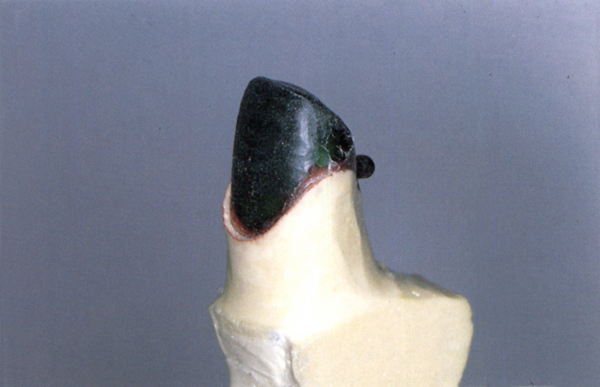 Fig. VI-1a The metal framework is the same as the usual porcelain-fused-to-metal design except that the shoulder surface is exposed 0.5–0.7 mm. This exposed area is made slightly narrower in the wax crown then adjusted after casting. 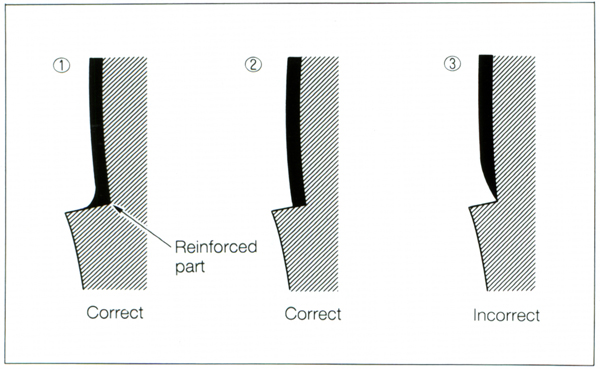 Fig. VI-1b Since the strength of the porcelain margin may be reduced if metal is thin at the shoulder ③, it is recommended that the reinforced form ① be used. The form seen in ② may also be used if the shoulder is narrow.

Pretreatment of the metal surface is similar to other systems, but it is recommended to provide a coat of gold bonding agent on the metal shoulder area; this improves bond strength and shade (Fig. VI-2).

It is not necessary to apply opaque porcelain on the shoulder, but only on the metal surface then condensed. It is dried and fired according to the manufacturer’s instructions. Shades of opaque porcelain materials selected are like those used in other ceramometal systems (Fig. VI-3). 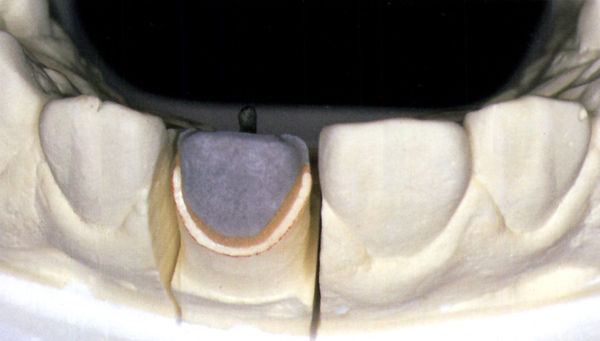 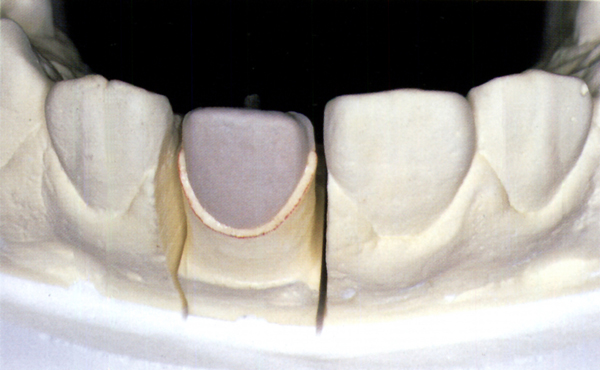 Fig. VI-3 View after building and firing the opaque porcelain.

f. Application of Porcelain to the Shoulder Area

The porcelain margin technique introduced by Vryonis is similar to this procedure. It is impossible to prevent poor fit of porcelain on the shoulder area without using platinum foil or refractory casts because of firing shrinkage even if the porcelain has been, in general, fired and fabricated for proper fit.

Vryonis developed a system to achieve an accurate fit by filling the discrepancy in the shoulder area after firing shrinkage with porcelain built up two or three more times. In this technique, the porcelain region is made to fit well only in the shoulder region for step 1, and an entire crown is completed by building and firing in the conventional way in step 2. Finally, porcelain is added only to the margin and fired in step 3 to achieve an accurate fit by filling the slight discrepancy at the margin caused by firing shrinkage. This is a type of additional building technique. Although such a technique has rarely been used for correction of margins in full porcelain crowns and Davis crowns, the present porcelain margin technique is significant since it has been incorporated into an established system for a new technique.

This technique has a problem since the porcelain shoulder fit at step 1 may show a slight separation from firing shrinkage during firing the entire crown in step 2.

To minimize this separation, porcelain applied only to the shoulder should be fired at a higher degree than for the entire crown. Fortunately, this can be done because opaque porcelain is fired at a higher temperature than body porcelain. With this technique, Vryonis has had successful results in a number of clinical cases with accurate firing of the porcelain margin and elimination of the problem with exposure of a black line at the margin. 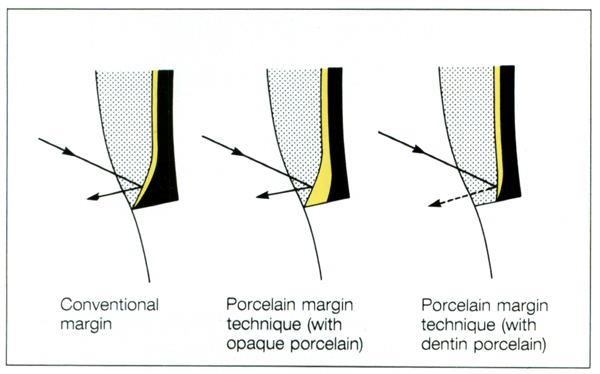 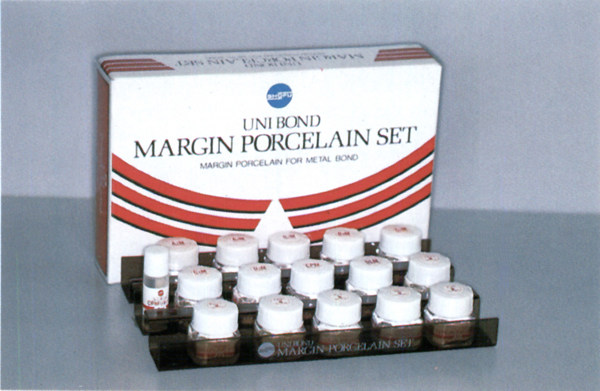 With body porcelain for step 1, this area will separate significantly during firing of the body porcelain to the same temperature in step 2, although eventual fit may be achieved by repeating the correction. For this reason, better fit and shade would be obtained with dentin and cervical-color porcelain materials which are fired at a higher temperature than usual.

An excess amount of the porcelain mixture kneaded with water is built up on the cervical region of a crown over the opaque porcelain which has already been built up and fired (Fig. VI-6a). Condensation should not be done excessively because this porcelain structure must be attached to the shoulder using pressure in the subsequent step.

A crown in which the cervical region porcelain has been built up in this way is fitted to a die. Then the porcelain which is still wet is gently pressed on the shoulder. The porcelain must be moist or it may separate if too dry (Figs. VI-6b to d).

After compressing, the crown is removed once from the die to check if it can be separated successfully or whether porcelain has stuck to the die. If it has been done well, it is fitted again to the die. After absorbing with tissue, the porcelain flash is swept off toward the margin with a no. 6 dry sable hair brush (Figs. VI-6e to h). The correctly fitted porcelain margin is removed from the die. This removal can be accomplished by pinching the crown with the fingers and slightly twisting. The porcelain margin together with the crown has been removed and a very sharp and definite margin must be observed (