(12.2)
A novel approach in chemical synthesis of nanocrystalline HAp powder has been reported [14] in which the application of microwave irradiation during the process resulted in spherulitic HAp particles which exhibited long-term flow ability even after 3 years of storage in non-hermetically sealed containers. Still another novelty was the use of sol-gel technique for the synthesis of ultrafine HAp powders [15–17]. In general, the amorphous precursors of the sol-gel route were found to crystallise to HAp at lower temperatures, but the products suffered from carbonate inclusions.
In a solid-liquid reaction approach [18, 19], the calcium phosphate compound was synthesised by reacting a dilute phosphoric acid solution with an aqueous slurry of Ca(OH)2, again under controlled temperature and pH. The resulting mass is then dried by heating, and then the precursor was calcined in a muffle furnace to obtain the CaP powder. The advantage of this process was that all participating ions were preserved in the solid mass, minimising the compositional variations, but the powder particle size would be coarser.
Although HAp possesses desirable biocompatibility, its medical applications were reported to be limited due to poor mechanical properties and inefficacy in its osseo-behaviour. For example, low tensile strength and low fracture toughness have been the major causes which inhibited the use of HAp ceramics in load bearing applications. One way of enhancing the strength and osseointegration is to use siliconised HAp. Silicon (Si) was incorporated in the HAp structure by partial replacement of the phosphorus as described in the following formula [20, 21]:

(12.3)
In a review on the synthesis of silicon substituted HAp and α-TCP [22], it was reported that silicon tends to inhibit grain growth in CaP materials resulting in finer microstructure, which constitute the basis for improved strength. In addition, it has been found that silicon played a significant role on the bone and the cartilage systems. The increased bioactivity and apposition were attributed to a number of different factors such as transformation of the material surface to a biologically equivalent apatite, increased solubility of the material and a more electronegative surface, all encouraging enhanced biomimetic precipitation on the surface.

The calcium phosphate powders and ceramics used in our bone substitution studies included pure HAp, HAp+TCP composites, Si- and/or Sr-doped HAp and HAp+wollastonite composites. As defined recently [23], we used the acid-base reaction technique for manufacturing powders of HAp containing Si and trace elements for biomedical purposes. The HAp powder modified with Si was produced by partial substitution of trace elements for P in the molecular formula of HAp. The Si addition was made to the Ca(OH)2 slurry in the form of an organometallic solution of Si known as TEOS. The formula of HAp modified by silicon was Ca10(PO4)5·5(SiO4)0.5(OH)1.5. Trace elements were added to the Ca site of the HAp in an amount of 250, 500 and 1,000 ppm. An equivalent amount of Ca was reduced in the Ca(OH)2 suspension. The HAp powder which contained trace elements and Si as co-dopants had 250, 500 and 1,000 ppm of trace element and 0.5 atom of Si in the molecular formula.
Wollastonite is a calcium silicate compound formulated as CaSiO3. Wollastonite has osteoconductive properties by its own [24]. Wollastonite was added to HAp in order to produce HAp-wollastonite composites in this study. Synthetic wollastonite was manufactured by the reaction of an intimate mixture of CaCO3 and SiO2 powders in accordance with the following reaction:

(12.4)
This reaction was carried out at 1,250 °C for a total duration of 72 h. The formation of wollastonite was verified by X-ray diffraction (XRD) analysis.
A frit was introduced into HAp-wollastonite powder mixtures to facilitate sintering of the compacts. Frit had a chemical composition on weight percent basis as 5.5 % Na2O, 12.1 % CaO, 11.8 % Al2O3 and 60.6 % SiO2.

X-ray diffraction analysis is used for material characterisation and to determine the crystal structure of nanocrystalline apatite-based biomaterials. Crystallographic descriptions of trace elements incorporated into the HAp composites are carried out according to the Joint Committee on Powder Diffraction and Standards (JCPDS, HA, 09-0432).

Pore formation in ceramics causes attachment and proliferation of osteoblasts. Pore formation in the composites is tested according to the standard test method for water absorption, bulk density, apparent porosity and apparent specific gravity of fired whiteware products (ASTM C 373-88). For obtaining porosity firstly, weight of ceramics (W dry) is measured before placing them into water. After 24 h of immersion in water, weight of suspended samples (W susp) was measured. The composites are placed onto paper towel for wiping out of the water from the surface and saturated weights (W sat) are measured. In the present study, xylene was used as immersion liquid instead of water.
The results of the test are expressed by using the formula given below:

where d bulk is the bulk density of the ceramic and 0.861 is the density of xylene.

The following formulae were used for obtaining sintered density in terms of percentage of the theoretical density (%TD) and the percentage porosity (%P):

The scanning electron microscope equipped with an X-ray microanalysis system was used for imaging higher magnifications of the material. SEM examinations are performed on broken surfaces after coating materials with a gold layer by the sputter coating equipment.

The bone itself is a composite consisting of HAp nanorods embedded into a collagen matrix. It is a protein matrix strengthened basically with calcium and phosphate. Mostly type I collagen and cells form its organic component where minerals establish its inorganic phase. The bone is a metabolically active vascular tissue that has the capability to regenerate.
Bones are categorised as long, short, flat and irregular according to their shapes. Long bones are separated into parts according to their functions. The outer shell that is named as the cortex (Fig. 12.1) is thicker and the middle part that contains the bone marrow that is named as the medulla (Fig. 12.2) is narrower at the center of the long bone. This is the narrow shaft of bone called the diaphysis. The areas next to the diaphysis and towards the endings of the bone are named as metaphysis. The cortex becomes narrower and the medulla is wider in the metaphysis. Blood circulation and metabolic activity is higher in the metaphysis related to its structure, whereas the diaphysis is stronger but metabolically less active. The metaphysis ends at the physis which is of cartilage named also as the growth plate in children and growing adolescent. Longitudinal growth of bones occurs from the physis, whereas transverse growth occurs from the apophysis. The physis and apophysis calcify at the end of the growth period. The area from the physis to the end of the bone is named as the epiphysis. Almost each long bone ends with articular cartilage constituting a joint that allows movement. Samples to short bones are the ones at the wrist and ankle joints. These bones are tightly packed with ligaments allowing essential but limited motion. Bones of the cranium (Fig. 12.3) are typical flat bones and bones of the spine are examples of irregular bones. 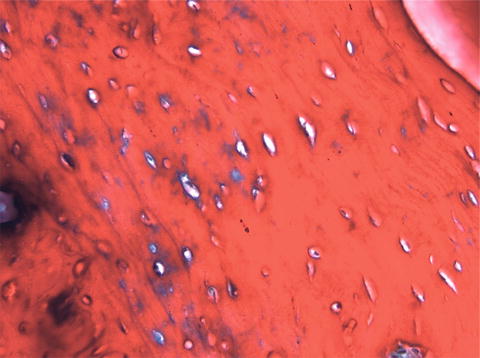 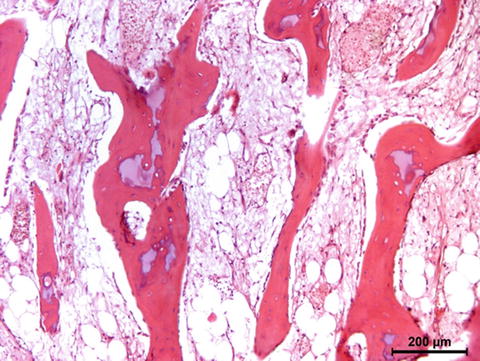 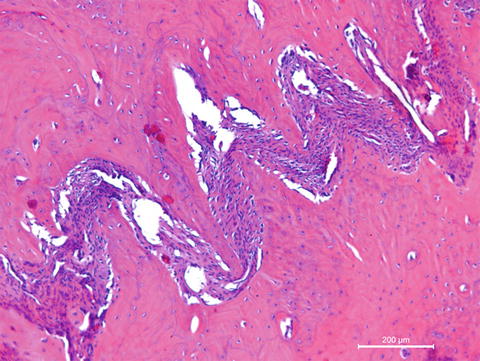 Fig. 12.3
Flat bones of the cranium connect each other with connective tissue
Bones protect internal organs from outer powers. They allow movement as all muscles attach to them. Bones produce new blood cells in their bone marrow and the bone marrow is one of the most well-known sources of mesenchymal stem cells. The bone also serves as the depot of minerals and trace elements. For example. calcium is stored in bones and when needed it is released from there by certain hormones.
Mechanical properties of bone are important for protection and movement functions. The minerals that constitute the inorganic part of the bone attain strength that can indirectly be measured by dual energy X-ray absorptiometry (DXA) [25]. An alternative technology named vibration analysis is assessed to quantify bone strength recently [26
Only gold members can continue reading. Log In or Register to continue