Injuries to the Primary Dentition

Injuries to the Primary Dentition

1 Recognize the various trauma entities in the primary dentition.

2 Recognize the risk of concomitant trauma to the permanent dentition.

3 Determine treatment options that will reduce the risk of disturbances in development of the permanent dentition.

These traumas result in loss of tooth substance or displacement of primary teeth. 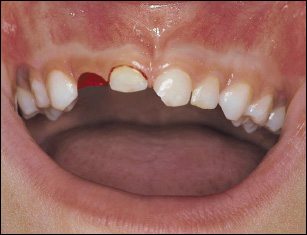 It shows the degree of development of the primary tooth and its permanent successor and the relationship between the two. However, an important goal in the radiographic examination is to determine whether the primary tooth has invaded the follicle of the developing subjacent succedaneous tooth. The radiographic presentation here illustrates the clinical situation shown above. 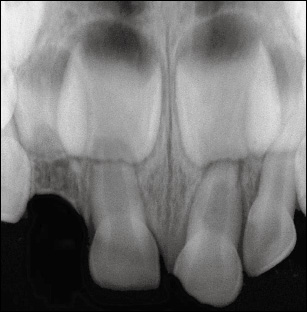 RADIOGRAPHIC TECHNIQUE FOR DETERMINING INVASION OF THE FOLLICLE

A radiograph of the anterior region should include all anterior teeth, with the jaw midline corresponding to the midline of the radiographic film. A fore-shortened image of the luxated tooth indicates that the primary root apex has been forced labially (arrow), away from the follicle (Figure A).146 An elongated image suggests displacement in the opposite direction, and thus a risk for invasion into the developing tooth follicle (Figure B). The developing teeth should appear symmetric (Figure A). If the distance between the incisal edge and the mineralization front of the developing tooth is less on the injured side than on the non-injured side (Figure B), there is a significant risk that the intruded primary tooth has displaced the developing permanent tooth germ. This finding indicates immediate removal of the primary tooth. 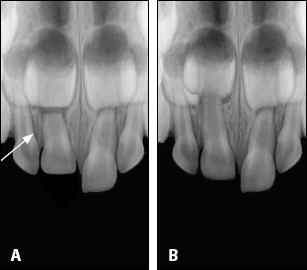 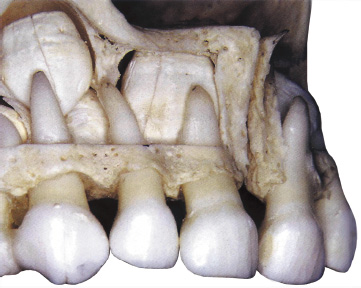 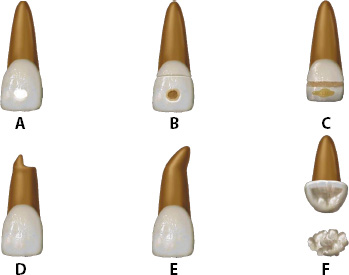 The very close proximity of the developing permanent successors to the apices of the primary teeth makes the transmission of traumatic forces from luxation injuries a very likely event.146,147