The aim of this chapter is to describe methods of overcoming failed local anaesthesia and of dealing with pre- and post-anaesthetic problems.

After reading this chapter you should have an understanding of the reasons for anaesthetic failure. You should have developed approaches to overcoming failure and to reducing the problems caused by local anaesthetic administration.

This chapter will consider the reasons why local anaesthetics fail. An approach to the failed local anaesthetic will be described. In addition, problems independent of underlying medical conditions that may be encountered before and after injection will be discussed. The medical problems of importance in relation to local anaesthesia are described in Chapter 7.

Problems may arise before the provision of anaesthesia owing to:

Patient anxiety may lead to the following problems:

Fainting may occur before, during or after local anaesthetic administration. The patient develops pallor, may sweat and complain of nausea. They may experience tingling in the extremities and ultimately lose consciousness. The pulse may be rapid in the early stages but then it becomes slow and weak. The cause is a reduction in cranial blood supply. The remedy is to place the patient supine. Recovery is rapid after this manœuvre. If consciousness is not regained quickly then another cause of unconsciousness due to a medical problem must be suspected and appropriate treatment given.

The chances of fainting can be reduced by dealing with the patient in a confident, calm and reassuring manner. In addition, injections should not be administered with the subject in an upright position. Tilting the dental chair backwards or having it flat will maintain the blood supply to the brain.

Local anaesthesia is more successful in the relaxed patient. Relaxation can be produced by pharmacological or non-pharmacological methods. The use of conscious sedation to reduce anxiety is discussed below in relation to failure of anaesthesia.

Inability to deliver the solution at the appropriate site

Some techniques require the patient to open widely in order to gain access to the injection site. Examples are the standard approach to the inferior alveolar nerve and palatal injections. If the patient cannot open the mouth widely then this may be problematic. Failure to open the mouth may be due to trismus as a result of pathology or may be stress-related. If the trismus is due to infection of the floor of the mouth and there is dysphagea the patient should be referred for specialist management. Such patients should not be treated in general dental practice as this scenario can rapidly lead on to severe embarrassment of the airway.

Other causes of trismus can be overcome by choosing alternative local anaesthetic techniques. The palatal tissues may be approached via the buccal papillae as described in Chapter 9. Similarly, the inferior alveolar nerve can be anaesthetised in the patient with trismus using the Akinosi closed-mouth method described in Chapter 5. This latter method also overcomes problems due to a large or uncontrollable tongue impinging on the area of needle penetration used during the standard inferior alveolar nerve block. Failure to open the mouth owing to anxiety may be overcome using conscious sedation.

Local anaesthesia is not 100% successful in dentistry. The reasons for failure of a local anaesthetic can be classified as:

These causes are discussed below. Fortunately, in many cases, failure is corrected simply by repeating the initial injection. Thus the first stage in dealing with a failed administration is to repeat it.

Anatomical causes of failure may be owing to:

The diffusion of local anaesthetic solution to the pulpal supply to the teeth through bone is required for successful anaesthesia in techniques other than regional block, intraosseous and intraseptal methods. There are two ways diffusion may be affected. First, the presence of thick cortical bone can represent a barrier to the local anaesthetic. This is of course the reason why in the adult mandible regional block methods are used. This problem may also manifest itself in the maxilla where the thick zygomatic buttress can prevent diffusion of solution to the first maxillary molar tooth (Fig 8-1). This is overcome by injecting both mesial and distal to the buttress. The second method by which diffusion may be poor is during intraligamentary injections. This method relies upon entry of material via the perforations in the wall of the socket. In regions such as the mandibular anteriors there is a paucity of perforations in the socket and thus this technique is unreliable in this zone (Fig 8-2). 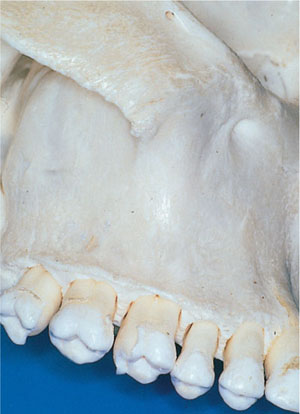 Fig 8-1 The zygomatic buttress can inhibit the infiltration of local anaesthetic solution after buccal deposition in the first molar region. 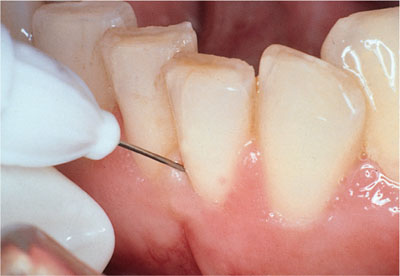 Fig 8-2 Intraligamentary anaesthesia is unreliable in the mandibular incisor region in adults.

Variations in the position of nerves and foramina

The positions of foramina such as the mandibular and mental foramina are not consistent. In addition to variations with age there are also marked differences between patients. The mandibular foramen is often obvious on panoramic radiographs and if one of these is available it should be viewed before the administration of an inferior alveolar nerve block. The use of one of the methods, which does not rely on deposition close to the mandibular foramen such as the Akinosi or Gow-Gates techniques, can overcome the problem of an ectopic mandibular foramen. Unfortunately, the mental foramen is not always obvious on panoramic radiographs but may be shown in intraoral periapical films. Nevertheless, even when local anaesthetic solution is deposited at the site of the foramen using techniques such as ultra-sonic guidance, the success following inferior alveolar nerve blocks is not guaranteed. This supports the view that collateral nerve supply may be responsible for failure in some cases.

It is not only the superior alveolar nerves that supply the pulps of the maxillary teeth. In the maxilla the greater palatine and nasopalatine nerves may contribute fibres to the pulps. Blocking these nerves or palatal infiltration injections close to the tooth in question may be required to obtain satisfactory maxillary pulpal anaesthesia.

As is the case with the maxilla there is the potential for collateral supply in the mandibular pulps. Indeed, the problem may be more apparent in the mandible owing to the fact that the methods of anaesthesia used are regional blocks. Block anaesthesia is less likely to counter collateral supply compared with infiltration methods, which are normally used in the maxilla. The following accessory supply may be encountered: