The aim of this chapter is to provide insight into those neuropathic conditions that may present to the dental practitioner.

Having read this chapter, the practitioner should:

The scourge of neuropathic pain is becoming increasingly recognised in the field of pain management. In the dental context, there is a tendency to focus immediately on trigeminal neuralgia. A greater appreciation of the basic pathophysiology increases the understanding that other orofacial conditions, including burning mouth syndrome and persistent idiopathic facial pain (atypical facial pain), are neuropathic in origin. What is surprising, however, is the rarity of neuropathic conditions presenting dentally, given that tooth extraction and root canal therapy may inflict significant trauma to the various dental nerves.

Pain can be categorised into nociceptive (transient), inflammatory and neuropathic. Nociceptive pain is experienced when, for example, sensitive teeth are exposed to cold drinks. It serves a protective function, therefore by removing the stimulus, the pain subsides. Inflammatory pain occurs following tissue injury and inflammation. An example of this is the pain experienced following the extraction of a tooth. This also serves a purpose in so far as we protect the tender tissue and thereby facilitate the healing process. Both nociceptive and inflammatory pain represent normal, adaptive functioning of the pain system.

Neuropathic pain, in contrast, does not serve a protective role. It arises from injury to nerves or to sensory transmitting systems. The pain system has been likened to an electronic burglar alarm (Fig 6-1). When primed, the alarm will activate on opening a window or on detection of an intruder. This can be compared to nociceptive and inflammatory pain – it does what it is designed to do. If, however, the wiring short-circuits, the system will malfunction. Short-circuiting of the nervous system gives rise to various neuropathic conditions. 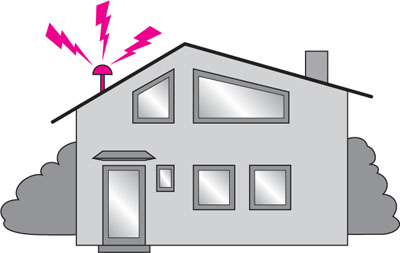 Neuropathic pain has been defined by the International Association for the Study of Pain as “pain initiated or caused by a primary lesion or dysfunction of the nervous system”. Common examples encountered in dental practice include trigeminal neuralgia and the pain caused by injury to the inferior dental nerve following the extraction of a mandibular third molar tooth. Irritation, or short-circuiting, of the trigeminal nerve may occur throughout its course from its peripheral extremities in the facial region to more central portions in the brainstem and higher brain tracts. Although some neuropathic conditions improve with time, others pose diagnostic and therapeutic dilemmas.

The trigeminal nerve conveys most pain impulses from the orofacial region. These impulses are transmitted via the three main branches: the ophthalmic, maxillary and mandibular nerves (Fig 6-2). In addition, several other cranial and cervical nerves are implicated in OFP transmission (Fig 6-3 and Table 6-1). 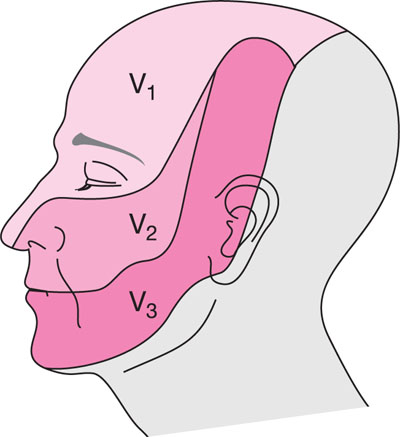 Fig 6-2 The trigeminal nerve is divided into the ophthalmic (V1), maxillary (V2), and mandibular (V3) branches. 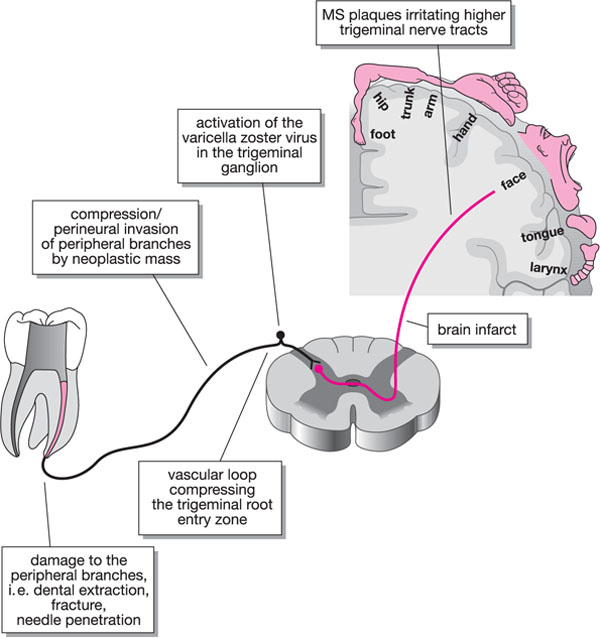 Fig 6-3 “Short-circuiting” of the trigeminal nerve may occur anywhere along its course resulting in orofacial neuropathic pain.

When a cranial nerve transmits noxious sensation from the orofacial region, the impulse travels to the trigeminal nucleus in the brainstem. In fact there is extensive convergence of orofacial sensory afferents from trigeminal, cervical and non-trigeminal nerves in the trigeminal subnucleus caudalis (Fig 6-4). This is thought to underpin the various referral patterns commonly seen in patients with OFP and thus contributes to diagnostic conundrums. A detailed knowledge of the cranial and spinal nerves implicated in OFP transmission is essential if undertaking the management of complex OFP. 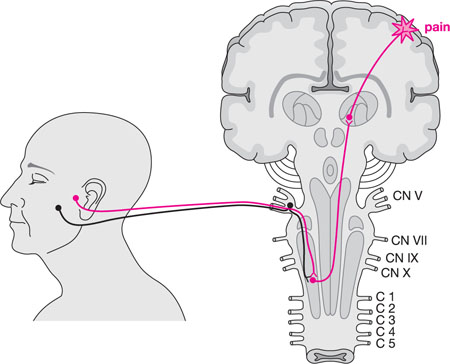 Fig 6-4 The convergence of primary sensory afferents from the maxillary molar teeth and TMJ converging onto the same second-order neuron. This may give rise to pain referral from the TMJ to the maxillary molar region. (Adapted from JP Okeson, Bell’s Orofacial Pain, Chicago: Quintessence, 2005.)

Table 6-2 outlines the definitions used to describe neuropathic conditions. A common misconception in dentistry is the rarity of neuropathic phenomena that can present in clinical practice. Allodynia and hyperalgesia are everyday neuropathic occurrences. When a patient presents with a suspected dental abscess, the practitioner will typically percuss the teeth in the painful region. This may identify the offending tooth, as tenderness to percussion is a common manifestation of periapical pathology secondary to irreversible dental pulpitis. The production of inflammatory mediators such as prostaglandins, bradykinins and histamine will often sensitise the pulpal and periapical pain fibres, lowering their firing thresholds. Subthreshold stimulation – gently tapping a tooth with a mirror handle – of sensitised nerves will produce pain – allodynia.