4: Bruxism and the Use of Splint Therapy

Bruxism and the Use of Splint Therapy

The aim of this chapter is to consider the roles played by bruxism in temporomandibular disorders (TMDs) and splint therapy.

Having read this chapter, the practitioner should:

The case presentation outlined above illustrates the diagnostic complexity of patients suffering from TMDs. Does this case sound familiar? As the debate surrounding the aetiology of TMJ dysfunction and masticatory muscle disorders continues, the focus is now shifting from the traditionalists, who suspect malocclusion to be the principal factor, to the concept of parafunctional behaviours overloading the stomatognathic system. Various parafunctional behaviours exist, ranging from gum chewing to clenching and grinding. Although the behaviours can differ greatly, they are similar in one respect: they overload the TMJ apparatus. When the load exceeds the adaptive capacity of the joint or related muscles, pain occurs. Common parafunctional behaviours are:

Bruxism is defined as diurnal or nocturnal parafunctional activity involving clenching and grinding of teeth. Clenching usually occurs during the day and is often called “awake or daytime bruxism”. “Nocturnal or sleep” bruxism is characterised by clenching and grinding of teeth at night. Rarely will patients grind their teeth during the day, unless the activity is associated with brain damage. Sleep bruxism is characterised by rhythmic or sustained contractions of the masticatory muscles, in particular the masseter and temporalis. Rhythmic episodes tend to be short lasting, often occurring for two to three seconds in duration and associated with a side-to-side grinding motion. Sustained contractions relate closely to clenching and may last for 30 seconds. Generally the jaw is open during sleep, given motor suppression. The masseter and temporalis muscles are most commonly implicated in bruxism. A small percentage of patients may also tap their teeth with rapid shock-like intensity. Each episode may last for less than a second; contractions can often occur in quick fire succession. This form of bruxism is described as sleep myoclonus. It is reported to be associated with conditions such as epilepsy and insomnia. The forces generated during myoclonic masticatory muscle activity are sufficient to shear cusps from teeth.

Clenching is defined as “awake” or daytime bruxism. It is not associated with tooth sounds. It is a semivoluntary behaviour and patients tend not to be aware of the habit until attention is drawn to it. It is not uncommon for patients to strenuously deny clenching during the initial consultation appointment, only to return, somewhat amazed, at a later date now aware of their aggressive daytime clenching behaviour. The skilled clinician will often identify the signs of clenching during the consultation appointment. It is estimated that the teeth remain in contact less than 20 minutes during a 24 hour period. This occurs primarily during mastication and deglutition. Nocturnal bruxism is associated with loud grinding and tapping tooth sounds. The forces generated during sleep bruxism can be significantly greater than the forces generated with conscious effort.

The signs and symptoms of a bruxer are numerous and can vary extensively (Fig 4-1). Some patients with extensive tooth wear, as seen in Fig 4-2, will not complain of jaw pain or dysfunction, in contrast to other patients who may have extensive subjective complaints. The signs and symptoms are listed in Table 4-2. It is important to differentiate night-time bruxing activity from a daytime clenching habit. This can be achieved by evaluating the temporal pattern of the complaint. 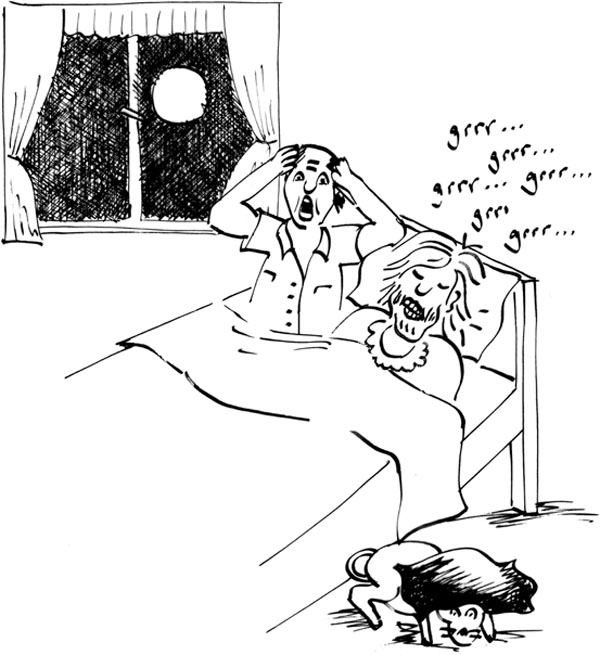 Fig 4-1 The problems of tooth grinding.

Fig 4-2 Extensive tooth wear as commonly seen in a bruxist.

Tags: Managing Orofacial Pain in Practice
Jan 8, 2015 | Posted by mrzezo in Occlusion | Comments Off on 4: Bruxism and the Use of Splint Therapy
Premium Wordpress Themes by UFO Themes
WordPress theme by UFO themes