The aim of this chapter is to understand the different types of organisational culture in the workplace and their effects on the individuals working within them.

After reading this chapter, readers should have an awareness of different organisational cultures that can exist in the dental workplace and be able to appreciate that matching the organisational culture with a preferred team role and personality can enhance an individual’s enjoyment of their work and assist in achieving professional goals.

When a person moves to a different place of work, having changed jobs, transferred to a different laboratory or department or acquired a different practice, it is typical to be struck by the different atmosphere: the ways of doing things, the different pace of working, the relationships between members of the dental team, the individual responsibilities and the different personalities. This is possibly not surprising given that organisations are as different and varied as the nations and societies of the world. They have different cultures: sets of values, norms and beliefs reflected in different structures and systems and influenced by many different variables.

On reflection, most people will, in all probability, have experienced feeling uncomfortable or possibly even unhappy in one place of employment, while having felt very satisfied and comfortable in other work environments. There may be many reasons for these feelings, but the cultures of the different organisations and a personal reaction to them will have had a major influence on the experience.

To be comfortable and happy in a workplace, each person needs to understand the type of organisational culture, or cultures, that are possible. This understanding is critical to being able to operate and be efficient and effective in the workplace environment.

There are four main types of organisational culture: 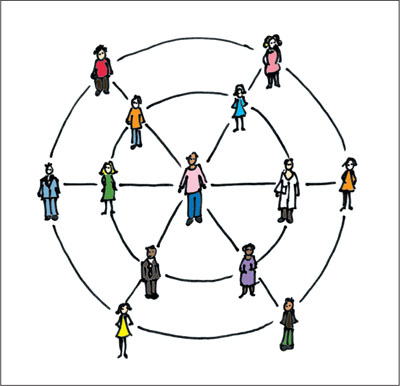 Fig 6-1 The power culture, represented by a web.

In the power culture, control over the organisation is governed by the individual in the centre and through a selection of key individuals – the power ring people – to implement the centre’s policies. For example, a small dental practice may have a power culture, with the principal being at the centre of the web and the other team members forming the inner and outer power rings. It is the quality of the person at the centre of the web and that individual’s ability to select team members to populate the rings of the web that is paramount to the success of the organisation.

There are few rules and procedures and little bureaucracy in a power culture. Control is exercised by the source of the power, the individual in the centre of the web, and implemented by the power ring members of the team. Strategy and direction is determined and dictated by the source of the power. The operation and development of the power culture is a top-down arrangement. In larger power culture organisations, the power source will, from time to time, ‘venture out’ across the web, supposedly to relate to others in the culture, but in reality to ascertain that strategy and direction are being followed.

The functioning of the power culture relies on the compliance and commitment of members of the team, rather than on meetings let alone personal initiative. As a consequence, team events in power cultures tend to be team briefings rather than interactive sessions. Understanding and acceptance of the wishes of the power source (the leader of the team), together with commitment to the aims and objectives of the organisation, are critical to the success of a power culture. When this type of culture works efficiently and effectively, the organisation tends to be proud and strong. If, however, the source of the power is inconsistent, or at any time weakened, hesitant or inconsistent, and, as a consequence, the power ring members are questioning or otherwise lacking conviction, the power culture web can be fragile and liable to disintegrate. In addition, size can be a problem for power cultures. A web can break down if its links or anchors are weak, or if it grows too big for the power source to control.

A power culture is threatened if the individual at the centre of the web changes. This may, for example, happen when the principal of a practice retires and a less dominant associate takes over control of the organisation. A change at the centre of the web will affect those individuals on the outer rings. There may be incompatibility or lack of trust in the new central power source. Under such circumstances, either the culture or the people in it have to change.