6: Creating the Conditions for Periapical Health

Creating the Conditions for Periapical Health

To provide a comprehensive overview of the fundamental principles of root canal preparation in terms of infection control and creating an environment compatible with periapical health. To describe a variety of manual and mechanised methods of shaping canals for effective cleaning and sealing.

After studying this chapter, the reader should understand: the role of mechanical enlargement, irrigation and medication in cleaning root canal systems; the shortcomings of traditional enlarging tools and action; and the advantages of contemporary file design, metallurgy and motion.

Canal preparation is the key infection-controlling step. It secures periapical health by:

Cleaning and shaping occur simultaneously by the synergistic action of instruments, irrigants and local medicaments, the emphasis of which will vary according to the case. A wide, tapered canal in a tooth without apical periodontitis may, for example, require less mechanical shaping and disinfection than a fine canal in a tooth with apical periodontitis.

The Role of Enlarging Tools, Irrigants and Local Medicaments

The best outcome from mechanical instrumentation is concentric enlargement of all major canals (Fig 6-1a). An ideal system would achieve this: 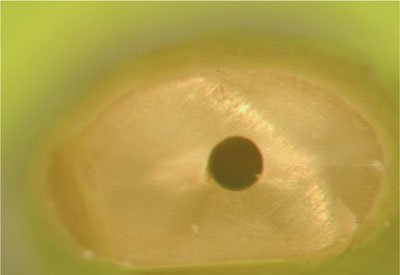 Viewed longitudinally, it would always produce a smoothly tapering preparation with its narrowest point apically and its widest point coronally – currently the optimal shape for effective sealing (Fig 6-1b). 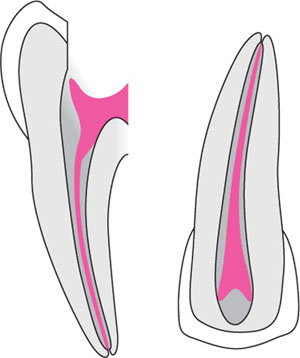 Fig 6-1b Longitudinally, preparations should be centred on the original canal and form smooth, regular tapers, from apical to coronal.

Irrigants support enlargement by lubricating the path of instruments and flushing cutting debris, which may otherwise cause blockages and compromise cleaning. Critically, they also clean the complex webs, fins, anastomoses and accessory canals which instruments will never be guided to enter (Fig 6-2). As such, they should have antimicrobial, and pulp-dissolving activity.

Fig 6-2(a) Typical mind’s-eye view of a lower molar root canal in clinical, buccolingual view. (b) Closer to reality. Mesiodistal view of a lower molar mesial root, with areas of expansion “canals” buccally and lingually, curving in three dimensions, and with complex branching and interconnection at every level. (c) Cross-sectional view illustrating the web of communication between “canals”. Enlarging instruments will shape the main canal areas, leaving the ramifications to be cleaned and disinfected with bleach.

Delivery is with narrow, safe-ended irrigating needles (Fig 6-3) which facilitate: 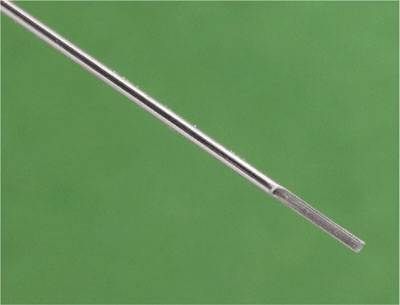 Fig 6-3 Safe-ended Monoject endo-dontic irrigating needle incorporating a cut-out area which guards against dangerous build-up of pressure and apical extrusion of canal contents. They should always be attached to a labelled Luer-Loc, not friction-grip syringe, and can be smoothly bent for depth orientation.

They should be securely attached to a labelled Luer-Loc syringe. The plunger is depressed with a finger to limit pressure which could force solution beyond the apex. An added precaution is to fit a rubber stop or to bend the fine needle to allow depth orientation and prevent over-extension.

Frequent flushing refreshes the chemical activity of the irrigant and helps dislodge loose debris. The application of ultrasound to a flooded canal goes further by warming the solution and creating violent turbulence to scrub canal walls and ramifications. Ultrasonically activated sodium hypochlorite is probably the most effective cleaning regime in endodontics.

Local medicaments supplement instruments and irrigants and offer longer-term inter-appointment cleansing. Traditional volatile agents such as para-monochlorophenol, whose vapours allegedly fumigate canal systems, are irritant and lose their antimicrobial effectiveness (but not their smell) within hours. Worthwhile alternatives include:

Antibiotic drugs cannot be recommended and should be avoided when a disinfectant will do a similar or better job without the risk of selecting microbial resistance.

The Trials of Traditional Preparation

Canals have traditionally been enlarged with modestly tapered stainless steel instruments (Fig 6-4). After determining length, the apex was empirically enlarged, before stepping back to create flare for filling. Instrument design and motion made for complex, time-consuming preparation, with limitless opportunity for error. Blockage and deviation of instruments from a centred position (transportation) were the norm.

Fig 6-4 An ISO standardised endodontic file with 16mm of cutting blades and a standard, modest taper of 0.02mm mm-1. For every mm of the bladed area, the instrument becomes 0.02mm wider. This standard was probably based on limitations of instrument manufacture in the middle of the last century rather than rationality of cleaning and shaping needs.

The outcome was incompletely cleaned and filled canals.

This has been a daily reality in practice: ledged and inadequately cleaned canals, inadequately shaped for an effective seal.

Problems were compounded by the realisation that apical canal diameters remain large into old age and that rational enlargement for effective mechanical cleaning may be far greater than possible with traditional tools and motion.

Attempts to control transport have included:

Most endodontic files now have blunt tips and smooth angles of transition from the aggressive cutting area to the tip. Many also incorporate flat outer surfaces – “radial lands” (Fig 6-6) – which further restrict file movement from a central axis. 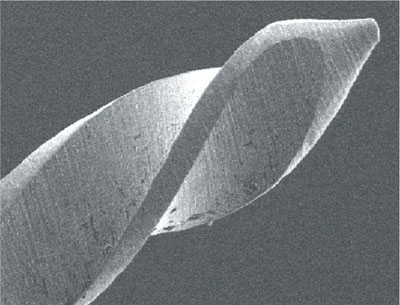 Fig 6-6 Non-end-cutting file with its rounded tip and smooth transition from bladed to non-bladed area. Radial lands at the periphery of many files also work to hold instruments centred in the canal.

A dramatic improvement in the safety and efficiency of K-file performance came with the description of Roane’s Balanced-Force motion in 1985. Briefly, the file is gently inserted and rotated a quarter-turn clockwise to engage the blades in dentine (Fig 6-7a). If the file is turned further or harder, it may lock and twist-off during removal, leaving the tip in situ.

The cutting stroke involves anti-clockwise rotation. If the file is simply rotated anti-clockwise, it will screw out of the canal without cutting. In order to cut, it must be turned anti-clockwise, whilst pressing (Fig 6-7b) to balance the force with which it wants to back out. This will be smaller with a small file than a large one. As the file is held by vertical pressure and rotated, tension builds in its shank until the energy it contains balances and overcomes the force with which it is being held in dentine. A click is heard and felt as the dentine shears; a truly disconcerting experience at first with every expectation that the instrument has fractured.

Cutting debris is removed by rotating a quarter-turn clockwise once again (Fig 6-7c) to pick up broken dentine which is carried out on the flutes. After wiping and inspection for any damage, the file can be re-inserted and if it now rotates freely, it has cut a circle and done all the work it can; a rational time to move on to the next instrument. 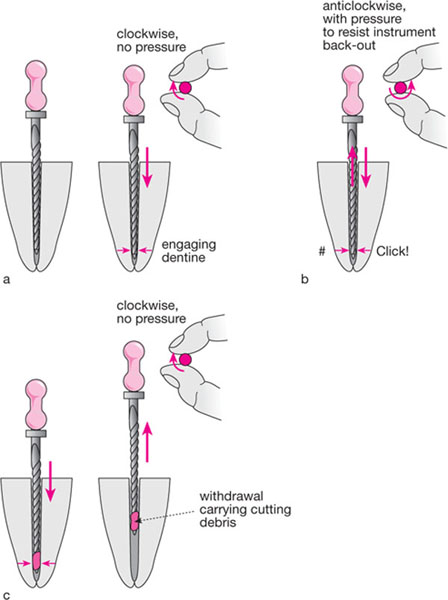 (a) Engaging dentine with a light quarter-clockwise turn. (b) The cutting stroke: turning anticlockwise safely screws the file out of the canal without cutting. This backing-out force must be balanced by pushing down on the instrument to prevent its retreat and cut dentine. There is a worrying click as the dentine shears. (c) Clearing cutting debris requires another light quarter-clockwise turn to pick up material on the flutes, and withdrawal to carry it free from the canal.

For those with no experience of Balanced-Force motion, it will transform manual instrumentation into a safe and efficient process, but it must be practised to avoid excessive force, and to overcome fear of the clicks. The prize is a centred, circular preparation with little risk of ledging and transport because:

Metallurgy has brought other developments, first with more flexible stainless steel, then with nickel-titanium (NiTi) alloys. NiTi was introduced to endodontics in the late 1980s with the benefits of:

NiTi has opened an exciting age of mechanical root canal preparation, with consistent, well-centred preparations achievable by hand, or with engine-driven assistance.

Flexible instruments with greatly increased tapers mill smooth, predetermined tapers by default, without the need for complex step back procedures, and apical preparations can be matched to the diameter and cleaning needs of the canal, not the flexibility limits of enlarging tools. Properly trained novices as well as experienced dentists have been empowered.

Other Advances in Canal Preparation

Improvements in instrument manufacture and action have not been the only changes to simplify and rationalise canal preparation.

Most techniques now open the coronal third of the canal before working deeper, and many prepare entirely from crown to apex for the following reasons: